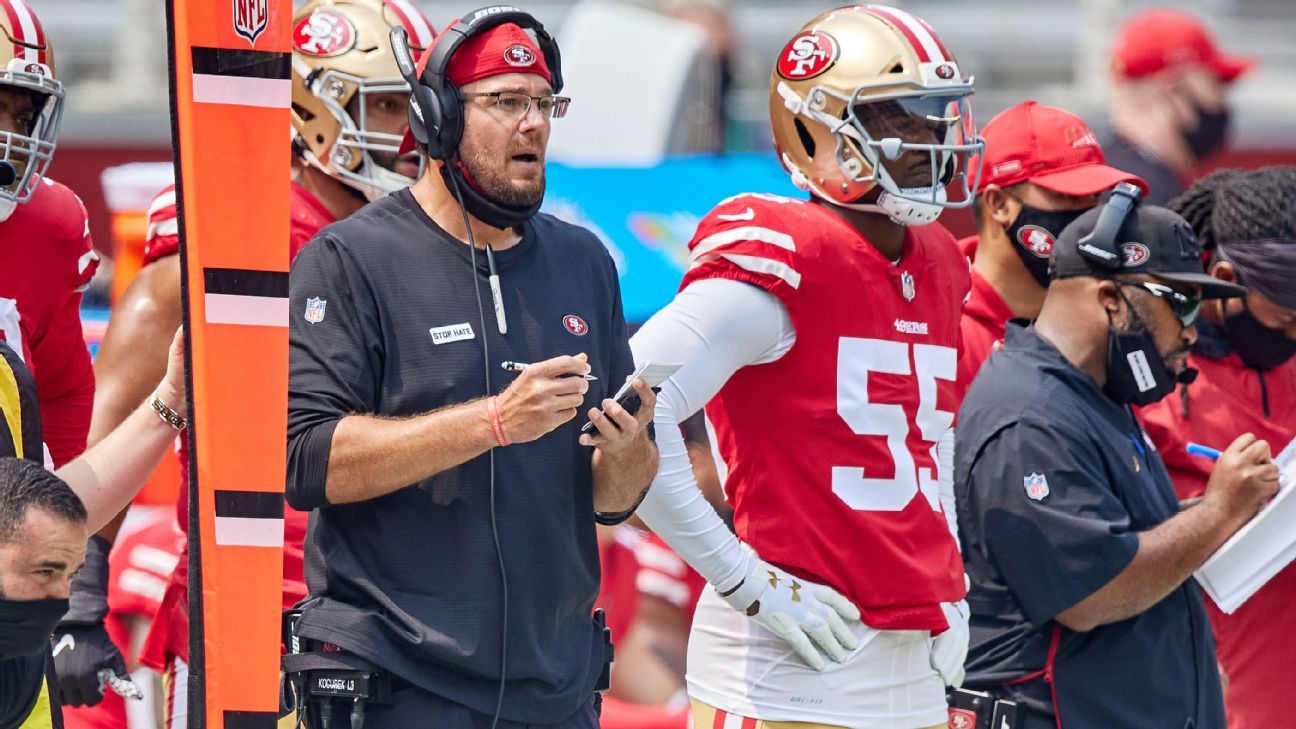 The injury to Ford came as more of a surprise than any of the others as he practiced Wednesday and didn’t seem to have any issues. But the neck issues began bothering him on Thursday and he did not practice then or on Friday.

Still, the Niners had remained hopeful Ford would be available this week.

“We rested him,” Shanahan said Friday. “I know today he came in with some [neck spasms], so I know he’s meeting with guys and trying to make sure it’s safe and everything. So, that’s why it’s questionable. Don’t have much more than that, but it’s Friday, so we’re just trying to play it slow here and see how it goes for the next two days.”

Apparently, it didn’t go that well as the team traveled to New York on Friday afternoon and Ford was ruled out approximately 24 hours later. It’s the latest in a long string of injuries that have limited Ford in his NFL career and in his season-plus with the 49ers.

Ford dealt with persistent knee tendinitis early last season and a hamstring issue later in the year limited him to 14 games (including playoffs) and he didn’t play much when he was available, averaging 21.9 snaps per game, most of which came in obvious passing situations.

In the offseason, Ford had what he called an “extensive” cleanup of his left knee in Pensacola, Florida. Upon his return for camp, Ford said he was feeling more like himself and vowed to play as many snaps as possible this season.

“Every year is a big year for me because we can’t play this game forever,” Ford said in August. “I’m really trying to leave my legacy. … It’s just about showing up every play, every down, every game, that’s my goal.”

Ford played 44 snaps in the opener against Arizona, the most he’d played in a game since joining the 49ers in 2019. He finished with three tackles.

Without Ford, the Niners will likely ask Arik Armstead to stay at his defensive end spot more frequently in passing situations and then lean on a group including Kerry Hyder Jr., Solomon Thomas and Kentavius Street to provide depth.

In addition to ruling Ford out, the Niners also promoted center Hroniss Grasu from the practice squad to the active roster as one of their exemptions for this week. Grasu did the same last week when he started at center against the Cardinals then reverted to the practice squad on Monday. With Ben Garland back from an ankle injury, Grasu will likely be asked to provide depth against the Jets.