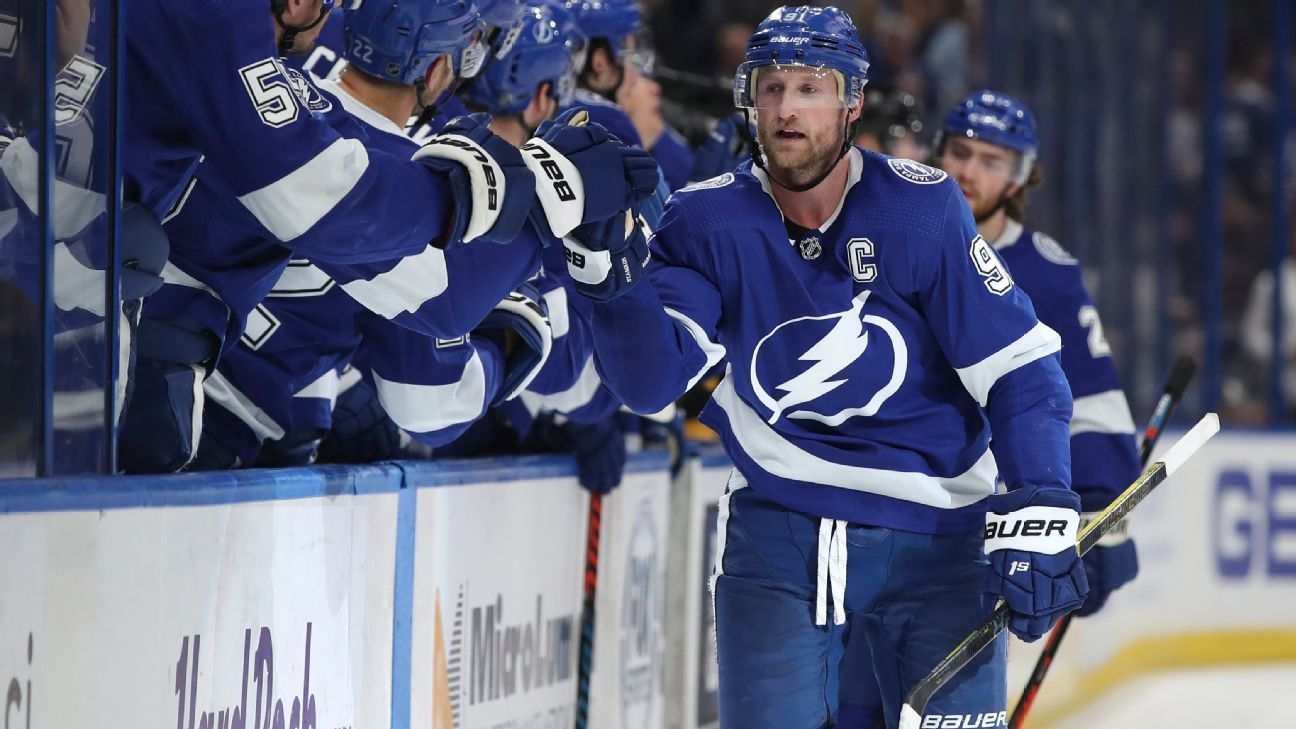 Tampa Bay Lightning captain Steven Stamkos is out, Brayden Point is hurting and Anthony Cirelli is hobbling, too.

The Lightning enter the Stanley Cup Final on Saturday against the Dallas Stars with several key players dealing with injuries the team somehow was able to withstand during an impressive run to the Eastern Conference championship.

The biggest question remains Stamkos, a two-time Richard Trophy winner who has been chasing an NHL title for 12 seasons. He has yet to play this postseason because of a lower-body injury.

He finally donned a game jersey after the clincher of the East final Thursday — following the Game 6 win over the New York Islanders — but only to celebrate the Lightning advancing to hockey’s biggest stage for the first time since 2015.

In speaking with the media Friday, Tampa Bay general manager Julien BriseBois didn’t seem optimistic about the captain’s return, at any point, but only went so far as to discuss Game 1.

“He’s still rehabbing. We haven’t ruled him out,” BriseBois said. “I don’t expect him in the lineup [Saturday].”

Stamkos has been skating with teammates, but there’s still no official timetable for his return.

As a result — as they have for three rounds now — the Lightning will have to flex their depth as they shoot for the franchise’s second Stanley Cup championship and first since 2004.

“You need a lot of good players to get to this point. And resiliency,” BriseBois said. “Once you have a good enough team to get into the playoffs, it’s who’s going to find a way.

“At this point, you have two teams that have found a way to get to the Final, and one of us is going to find a way to lift the big trophy.”

Point was injured during Game 2 of East final against the Islanders. He missed Games 3 and 5, while playing at less than 100 percent in Games 4 and 6.

Cirelli returned in the third period and delivered the winner, as coach Jon Cooper described it, while playing “basically on one leg.”

“Obviously, I was in a little bit of pain there,” Cirelli said, “but I was fine and was fortunate enough to finish the game.”

Point shrugged off a question about how he’s feeling.

“I think everyone on both sides has something they’re dealing with,” Point said. “You don’t get here without getting dinged up a little bit. It’s just about competing.”

The Lightning defeated the Calgary Flames for their first title in 2004 and lost to the Chicago Blackhawks in the final round in 2015.