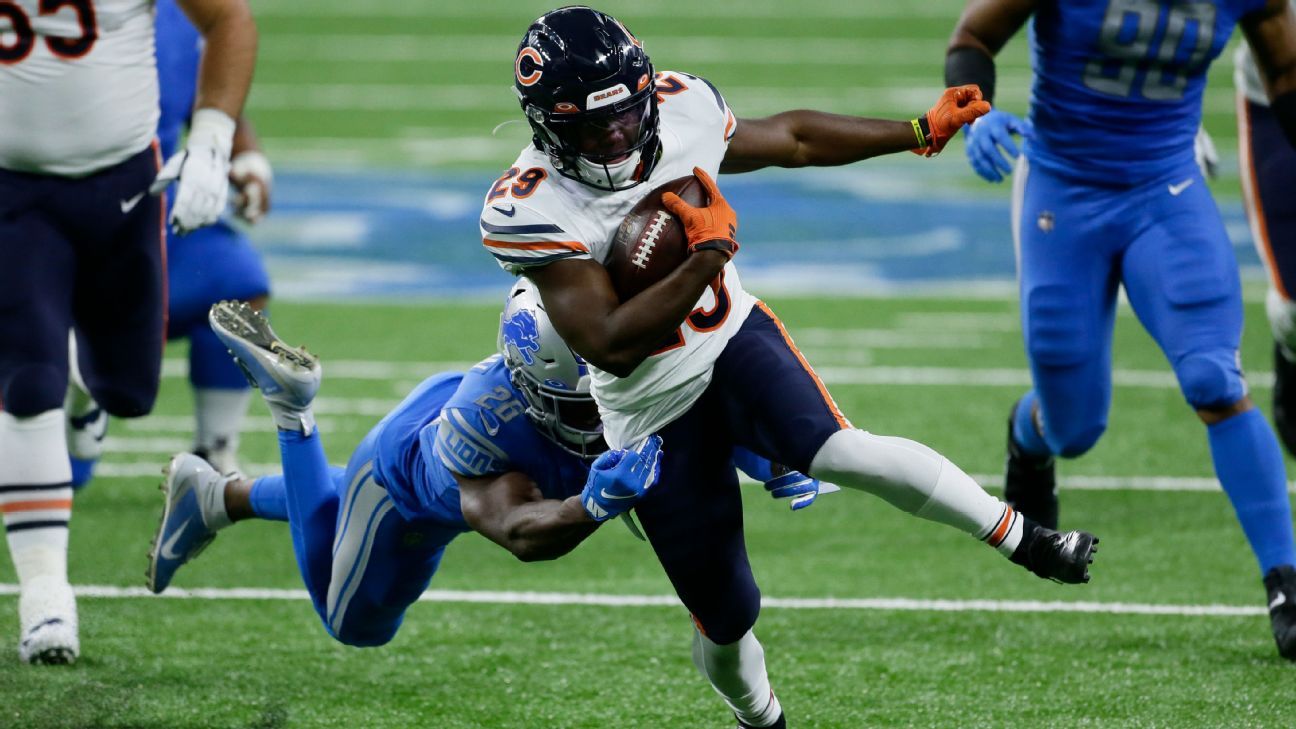 Cohen, 25, is an all-purpose threat on offense who earned a trip to the 2018 Pro Bowl as a return man on special teams. A fourth-round pick out of North Carolina A&T, Cohen rushed for 1,027 yards and five touchdowns and caught 203 passes for 1,534 yards and nine scores over his first three seasons in Chicago from 2017 to 2019.

“Tarik is a dynamic player in so many areas — in the run game, in the pass game, in the return game,” Bears general manager Ryan Pace said during the offseason.

Cohen, who has two career touchdown passes, became the shortest player (5-foot-6) since 1934 to throw an NFL touchdown pass when he fired a 21-yard scoring strike as a rookie in 2017. That same year, Cohen became the first NFL rookie to score a rushing, receiving, passing and punt-return touchdown since Hall of Famer Gayle Sayers in 1965.

Cohen had 47 yards from scrimmage in Chicago’s 27-23 victory at the Detroit Lions in Week 1.