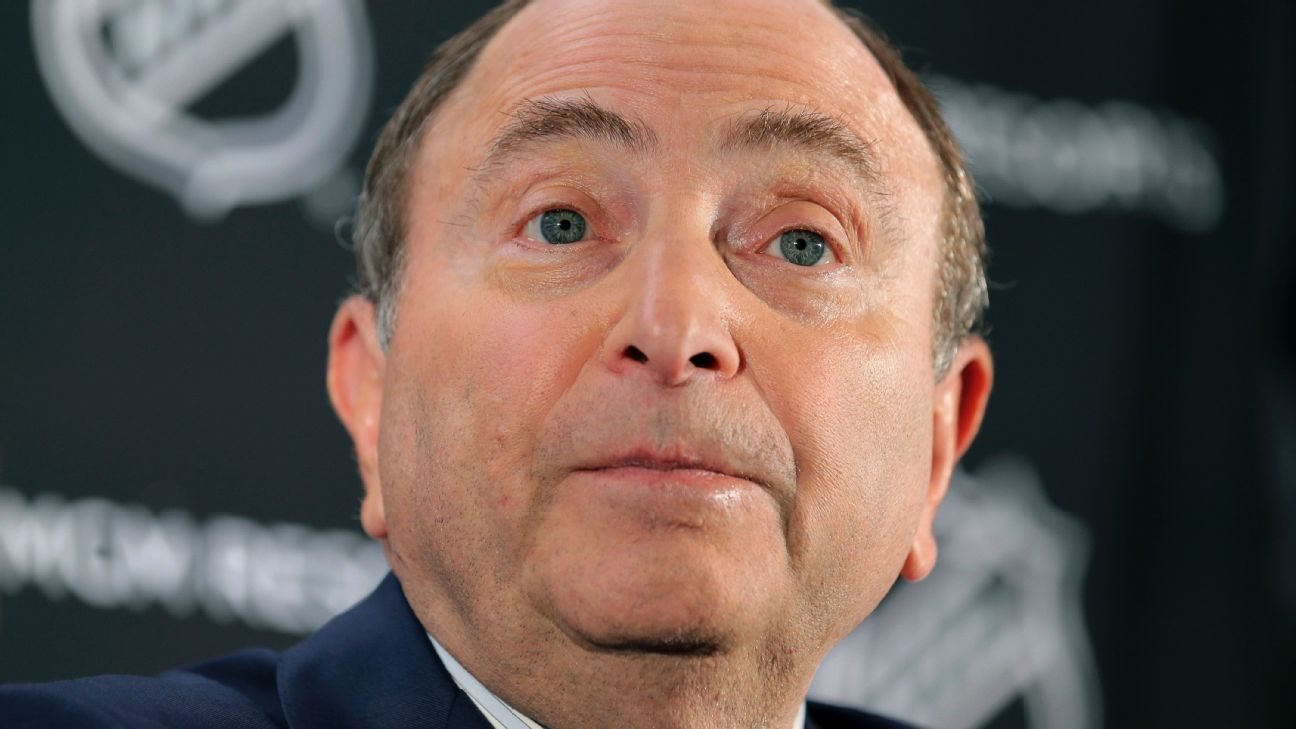 NHL commissioner Gary Bettman admitted on Saturday that he “would not be surprised” if the start date for the 2020-21 season “slips into later December, [or] could slip into January.”

“There’s still too much we don’t know,” Bettman said Saturday, speaking from the Edmonton, Alberta, bubble ahead of Game 1 of the Stanley Cup Final between the Dallas Stars and Tampa Bay Lightning.

“Nobody can tell me whether or not the border between Canada and the United States will be open by a certain date; nobody can tell me what the state of COVID-19 is going to be; nobody can tell us whether our arenas will have either socially distanced or fully occupied buildings. And we’re going to have to do the same thing we did for return to play: explore all the options, be flexible and agile enough to implement when the appropriate time comes.”

After a five-month break, the NHL resumed play with a 24-team postseason held in two bubbles: one in Edmonton and one in Toronto. The event has been a success so far, with the league administering more than 30,000 COVID-19 tests to date, with zero positive confirmed cases.

Bettman reiterated that he anticipated playing a full 82 games in the 2020-21 season but would not speculate about what that season format would look like. For example, whether there could be a short-term realignment of the league, including the possibility of an all-Canadian division for 2020-21 — something that has garnered speculation because of the continuing closure of the Canadian border.

One option he isn’t keen on is the continued expansion of the NHL’s postseason beyond the typical 16 teams. “It will take a fair amount of convincing — to me, at least — that we are needing to be making a change,” Bettman said. “I think what we did this year is what we needed to do to be fair to the clubs on the bubble in terms of making the playoffs, and I think we did the right thing in that regard, but I’m not necessarily sure it’s part of our future.”

The NHL wants to eventually return to its normal October-to-June cadence, with Bettman adding: “My preference would be to stay out of summer as much as possible.”

There is motivation for the NHL to award its 2021 Stanley Cup before the Tokyo Olympics are scheduled to begin in July 2021 — an event also broadcast by the NHL’s U.S. TV partner, NBC.

Whatever the schedule, Bettman said there is going to be a sustained revenue hit to the league and its teams through next season. “While no one has any revenue coming in right now, owners are writing checks to cover overhead and expenses, our franchises will get through this and will come out stronger on the other side,” he said.

“The only good news in this context is that the ownership of the 31, soon to be 32, NHL franchises has never been stronger and healthier,” Bettman said. He said that includes the Arizona Coyotes, as recent reports had them missing bonus payments to players and their arena management company, something Bettman chalked up to a new ownership group’s learning curve on operating a franchise.

Bettman said that attendance “directly and indirectly” impacts at least 50% of the NHL’s revenues. As for getting fans back in the stands for NHL home games, Bettman speculated that the 2020-21 season would start without fans, move to “some sort of socially distant fans at some point” and then later “maybe our buildings are open” to all fans.

“I’m not saying that’s the case, but if you’re thinking through all the conceivable possibilities, there’s empty, there’s full, there’s a combination. How we start doesn’t necessarily mean how we have to finish.”

One of the biggest crowds the NHL draws every season is for the Winter Classic, which was scheduled for Jan. 1, 2021, at Target Field in Minneapolis between the Minnesota Wild and the St. Louis Blues. Bettman said he isn’t sure about that game’s status, but if it needed to be postponed the league would “make it up” to the fans in Minnesota.

Amid all this uncertainty, Bettman did answer one question unequivocally — that the current disrupted timeline will not affect the Seattle Kraken’s entry into the league, scheduled for the 2021-22 season.

“No. I want that answer to be as definitive as possible,” Bettman said. “They cannot wait to get started. The building is progressing, and we have every reason to believe they will start when we begin the season after next.”