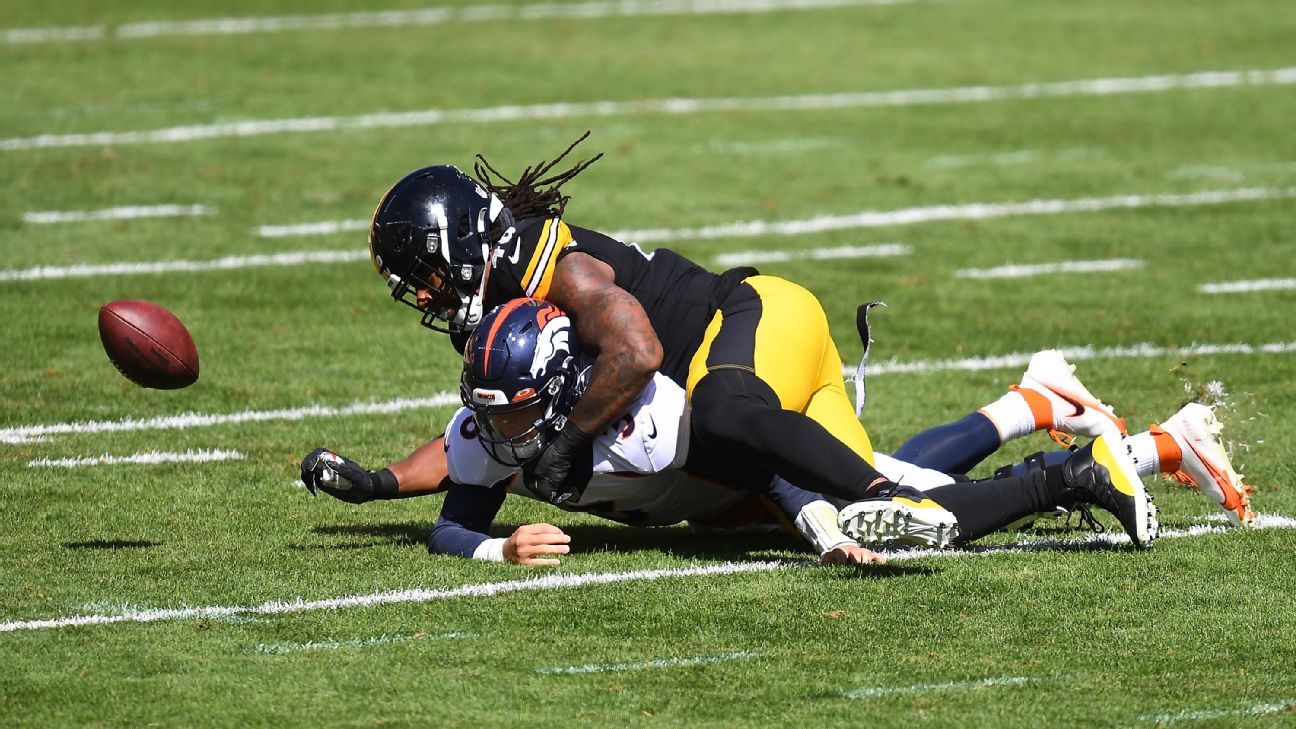 In a season that already has been a difficult one in terms of injuries for the Denver Broncos, quarterback Drew Lock‘s name was added to the list Sunday.

Lock left the game with a right (throwing) shoulder injury with just under eight minutes remaining in the first quarter. Lock was sacked by Steelers linebacker Bud Dupree and fumbled as he landed awkwardly on his right shoulder and arm.

Lock’s right shoulder was sagging slightly as he walked to the sideline. He was taken into the medical tent and stayed there during the next Steelers possession, but was then taken to the locker room as Jeff Driskel took over behind center.

Lock is the latest of the Broncos’ front-line players to be injured as linebacker Von Miller (ankle) and cornerback A.J. Bouye (shoulder) are on injured reserve. Running back Phillip Lindsay (toe) was inactive for Sunday’s game and is expected to miss another two to three weeks.

The Steelers had made their intentions known early Sunday with plenty of pressure packages against Lock. Lock hit his first pass attempt of the game — a 20-yard completion to Courtland Sutton — but missed his next four attempts.

On the sack, the Broncos weren’t able to slow either Dupree or T.J. Watt. Watt tripped Lock in the pocket, forcing him to scramble as Dupree, who arrived unblocked, closed and put the hit on Lock.