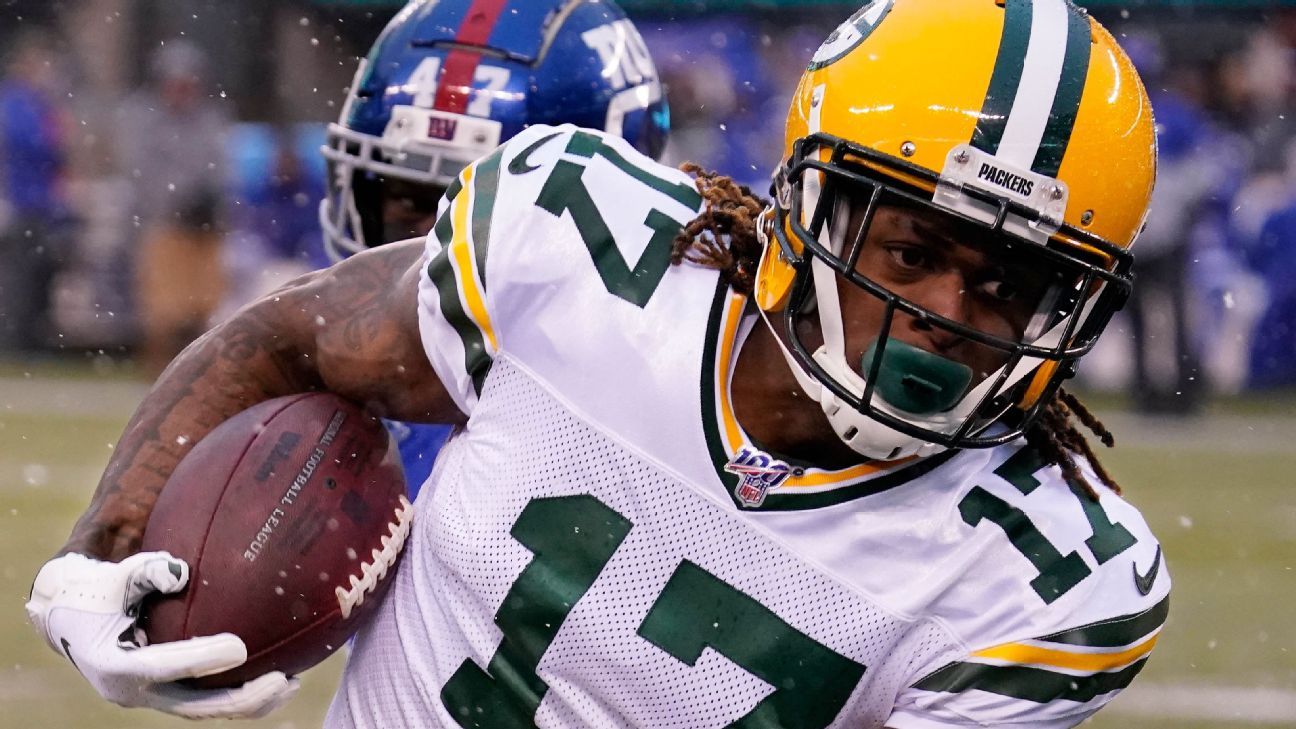 GREEN BAY, Wis. — The Green Bay Packers won all four games that Davante Adams missed last season because of turf toe, and it looks like they will put that streak on the line this week.

Coach Matt LaFleur said Friday that Adams will probably be doubtful for Sunday night’s game at the New Orleans Saints because of the hamstring injury he suffered last week against the Detroit Lions.

The Pro Bowl receiver did not practice again Friday, marking the third straight day he worked with the rehab group. Adams tied a franchise record in Week 1 with 14 catches against the Vikings. He had three catches in the first half against the Lions before his injury.

It was during Adams’ absence last season when running back Aaron Jones emerged. In the first game without Adams, Jones had four touchdowns in a win at the Dallas Cowboys and totaled 182 total yards from scrimmage. Against the Lions last week, Jones set a personal best with 236 total yards.

“We’ll give him the rest of the week to see where he’s at,” LaFleur said Friday.

It’s not a lock that nose tackle Kenny Clark (groin) will play, although it looks more promising than Adams’ prognosis. Clark practiced the past two days for his first work since getting hurt in the opener.

There are also questions on the offensive line. Left guard Elgton Jenkins was not at practice on Friday, although LaFleur did not give a reason. The coach said he was “not overly concerned” about Jenkins’ availability.

Guard/tackle Billy Turner, who missed the first two weeks because of a knee injury, also looks on track to play. The question is whether they will play him at right tackle or leave Rick Wagner there and move Turner to right guard.