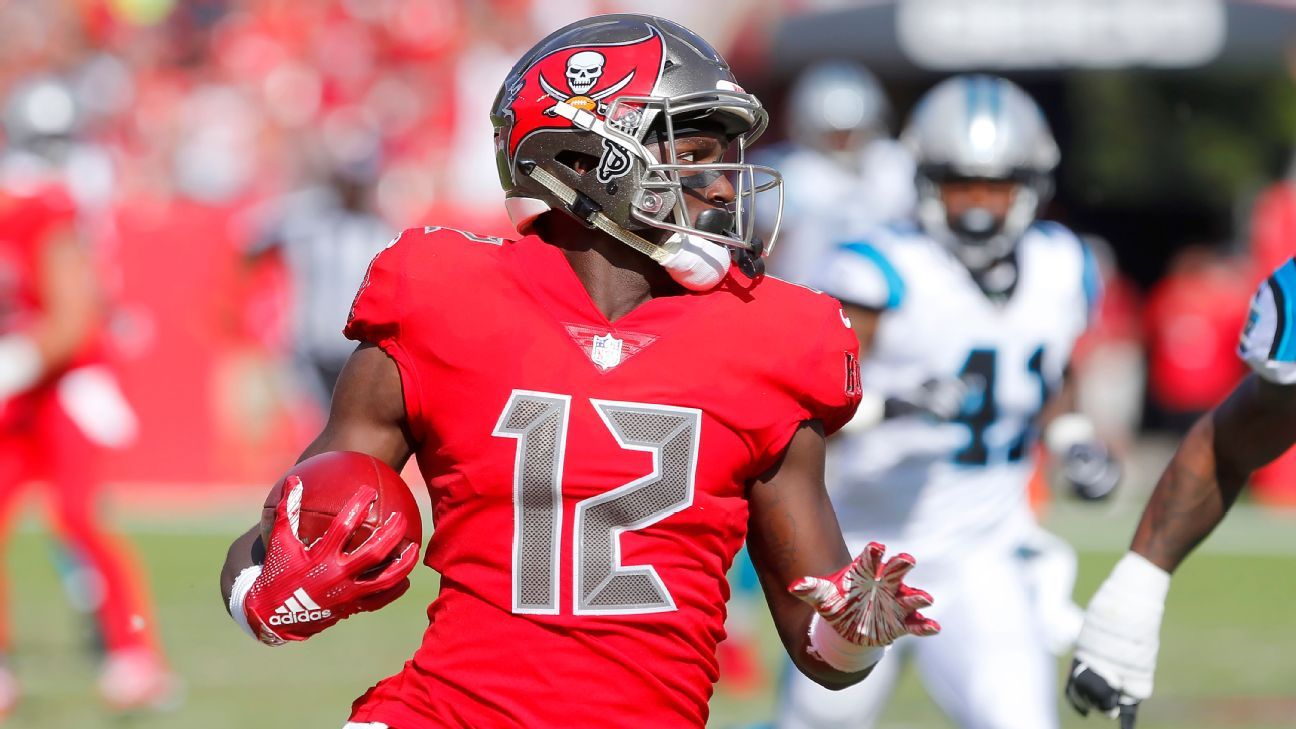 Godwin also could miss the Buccaneers’ game against the Chicago Bears in Week 5, which is scheduled for a Thursday night and would be a quick turnaround from Week 4, a source said.

The Buccaneers hope Godwin can return no later than their Week 6 game against the Green Bay Packers, the source said.

NFL Network first reported that Godwin, who suffered the injury in the third quarter of Sunday’s victory over the Denver Broncos, was expected to be out against the Chargers.

A source said the Buccaneers are also monitoring the status of starting cornerback Sean Murphy-Bunting, who suffered a hamstring/groin injury against Denver and did not return. Coach Bruce Arians said Monday that Godwin and Murphy-Bunting were both undergoing MRIs.

It has been an injury-plagued start to the season for Godwin, who emerged as one of the NFL’s top receivers in 2019 when he hauled in 86 catches for 1,333 yards and nine touchdowns. He also missed Tampa Bay’s Week 2 game against the Carolina Panthers because of a concussion and has 11 receptions for 143 yards and a touchdown this season.

Godwin was among a number of Buccaneers players to suffer hamstring injuries last season, prompting the team’s sports science staff to reexamine how those injuries were handled.

ESPN’s Jenna Laine and Dan Graziano contributed to this report.