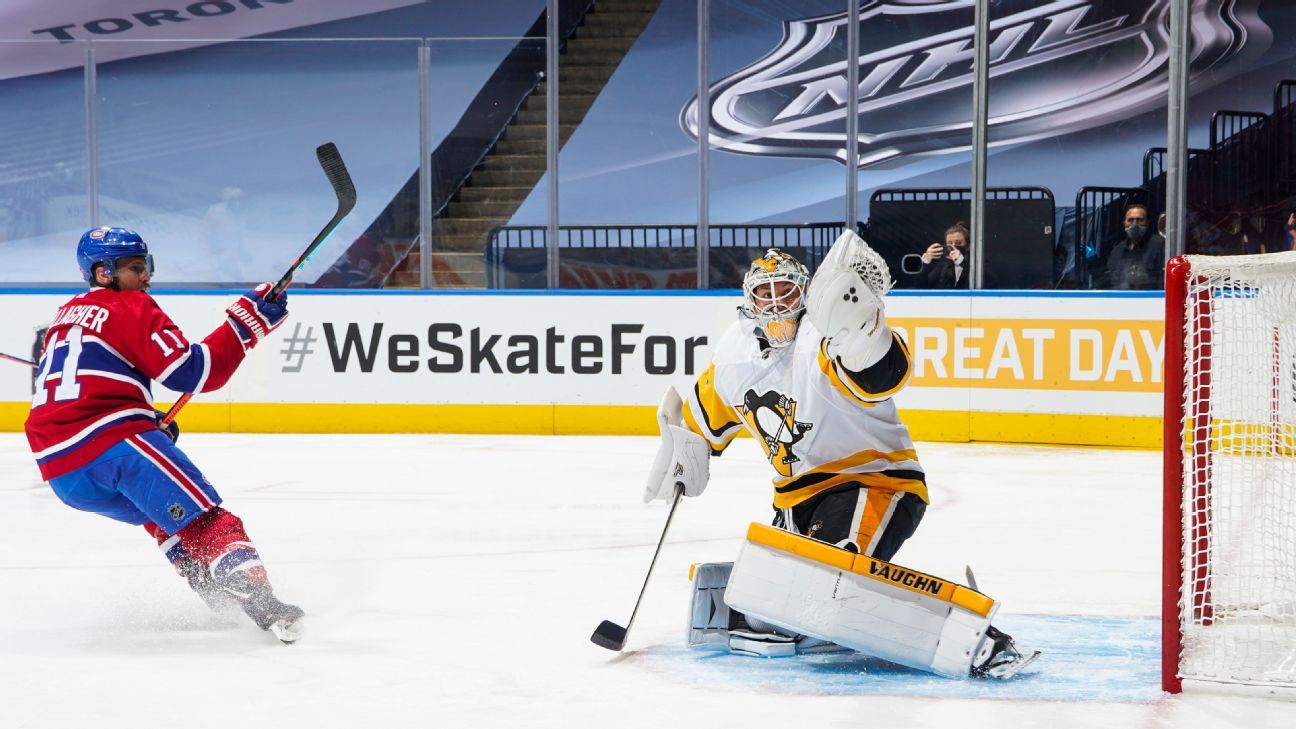 PITTSBURGH — The Pittsburgh Penguins are putting their faith and their money in goalie Tristan Jarry.

The Penguins awarded the first-time All-Star a three-year contract Saturday. The deal, which carries an average annual value of $3.5 million, likely means Pittsburgh is ready to move on from two-time Stanley Cup-winning netminder Matt Murray.

“It’s awesome that they have trust in me, they’ve had that trust in me since day one,” Jarry said. “To be able to stay in Pittsburgh for three more years, it’s a dream come true.”

The 25-year-old went 20-12-1 with a 2.43 goals against average and a .921 save percentage last season, earning a surprise All-Star berth after a stellar first half in which he helped keep the injury-ravaged Penguins in contention. During one stretch, he set a franchise record by posting a shutout streak of 177:15.

“I just wanted to be able to make an impact whenever I stepped on the ice,” Jarry said. “[Being an All-Star] was a big steppingstone for me this year.”

Jarry ceded the starting role to Murray in the first three games of the playoffs, appearing only in Game 4 of Pittsburgh’s qualifying-round loss to Montreal. He played well, stopping 20 of 21 shots, but couldn’t stop the Penguins from being knocked off in the opening round for the second straight season.

“Tristan is coming off of an All-Star season and has demonstrated the ability to be a regular starter for us,” Pittsburgh general manager Jim Rutherford said in a statement. “He is a fundamentally sound young goaltender who we believe is a great asset for the Penguins.”

The decision to sign Jarry, who was a restricted free agent, effectively ends speculation about what direction the team will head in as it prepares for the 2020-21 season. Murray, who is also a restricted free agent, helped guide the Penguins to back-to-back Stanley Cups in 2016 and 2017. Murray recently completed the final season of a three-year, $11.25 million contract extension he signed in October 2016.

Murray’s numbers have dipped since his Cup triumphs. He went 20-11-5 with a 2.87 goals against average and a career-low .899 save percentage this season.