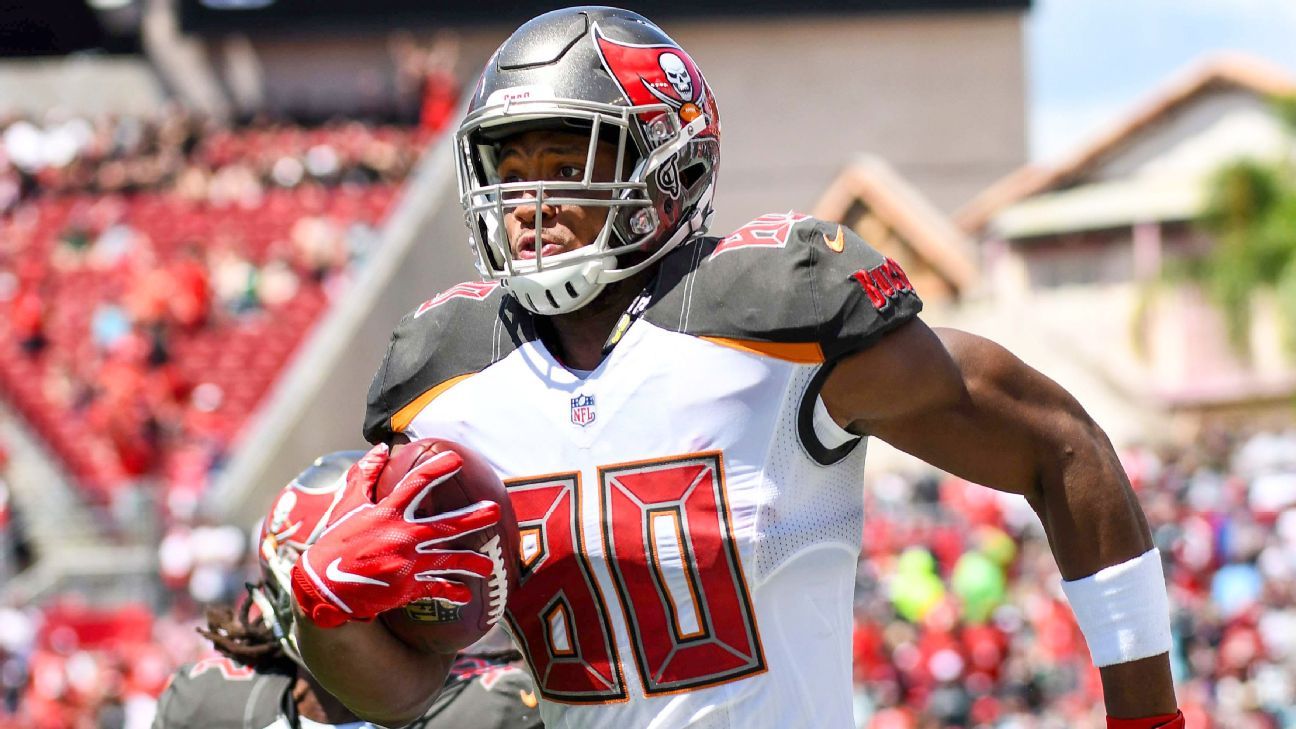 Tampa Bay Buccaneers have put tight end O.J. Howard on injured reserve with a ruptured Achilles tendon that will end his season, the team announced Tuesday.

Howard’s injury happened in the fourth quarter of Sunday’s win over the Los Angeles Chargers, when Ke’Shawn Vaughn caught a 9-yard touchdown pass from Tom Brady. As Howard faked as though he was running to the corner but turned inside onto his right ankle, his leg gave out and he went hobbling into the end zone. Coach Bruce Arians saw the whole thing unfold.

“I was actually watching O.J. because I thought the ball was going there. Unfortunately, that’s when he got hurt,” Arians said Monday.

He caught three passes for 50 yards, snagging a 28-yard touchdown grab in the third quarter to pull the Bucs within three points after being down 17 in the second quarter.

“It’s a tough injury,” Brady said after the game Sunday, when the initial fear was that Howard would be done for the season. “I think everyone feels for O.J. and what his commitment’s been to the team through the offseason [and] training camp. He’s just been a great player for us and it sucks to lose him. It’s a tough injury.”

The 19th overall pick in the 2017 NFL draft, Howard’s rookie season ended prematurely with an ankle injury, as it did in 2018 with foot and ankle injuries.

The Bucs are already without Pro Bowl wide receiver Chris Godwin, who suffered a hamstring injury against the Denver Broncos. They also were without Leonard Fournette on Sunday, who suffered an ankle injury in Week 3. They head to Chicago for a Thursday night game.

Without Howard, the Bucs have just one true blocking tight end on their current roster who is healthy: Rob Gronkowski. Cameron Brate and Tanner Hudson aren’t known for their blocking but can serve as receiving targets. Their only other receiving and blocking tight end is Antony Auclair, who was placed on injured reserve with a calf injury after Week 1, although it was a minor injury designation. In 2020, teams must wait three weeks before activating a player off injured reserve.

“He’s close,” Arians said of Auclair. “We don’t know yet if he’s going to be physically ready to play either.”