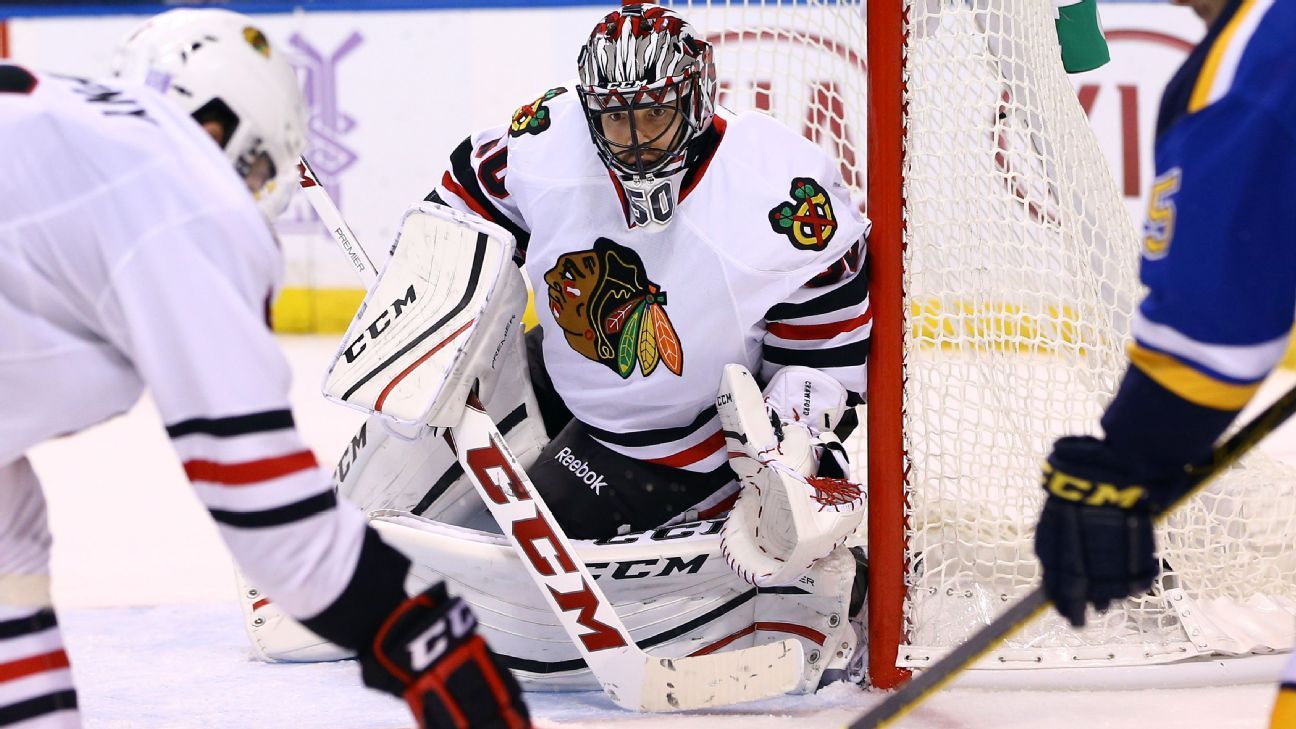 The news comes just a day after the Chicago Blackhawks formally parted ways with Crawford, who had been Chicago’s starting goaltender since the 2010-11 season. Crawford, who was drafted by the Blackhawks in 2003, led the team to two Stanley Cups.

Chicago offered Crawford only a one-year deal, a source told ESPN, and asked him to take a significant pay cut from the $5 million he earned last season. When negotiations fell apart, the Blackhawks decided to turn to their young tandem of Colin Delia and Kevin Lankinen next season. The Blackhawks also re-signed goaltender Malcolm Subban to a two-year contract Friday.

One of the best in #Blackhawks history.

In New Jersey, Crawford will share the net with Mackenzie Blackwood, a promising 23-year-old.

The Devils had a goaltending need after deciding to buy out Cory Schneider earlier this week. The 34-year-old Schneider had two seasons remaining on his contract at a $6 million cap hit. The buyout will save the Devils $4 million in each of the next two seasons, but will add a $2 million cap charge in the following two years.

Crawford, 35, ended his Blackhawks career ranked third in franchise history with 260 career wins, trailing only Tony Esposito and Glen Hall. Crawford is the Blackhawks’ franchise leader in postseason wins (52) and is the only goaltender in team history with multiple Stanley Cups.