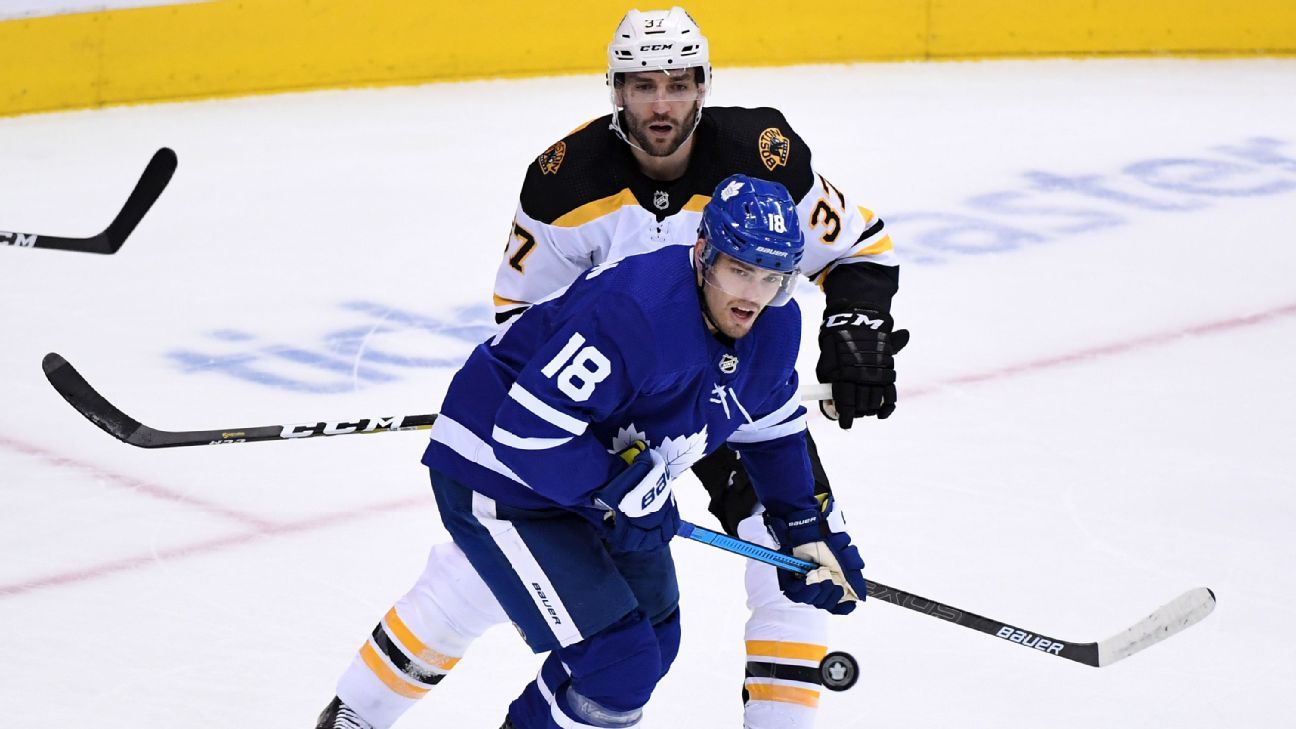 Johnsson, 25, had eight goals and 13 assists for 21 points in 43 games last season. He is signed for three more years at a salary-cap hit of $3.4 million.

“Andreas is a hard-working, competitive forward who can slot up and down the lineup,” Devils general manager Tom Fitzgerald said. “The overall versatility of his game will be a great complement to our centermen with his skating, quickness and scoring touch.”

Toronto traded Johnsson to clear much-needed cap space. Anderson, 22, bounced back and forth between New Jersey and its American Hockey League affiliate in Binghamton the past two seasons.

Johnsson is the Devils’ latest addition after they signed goaltender Corey Crawford to a $7.8 million, two-year deal Friday. They have a new coach in Lindy Ruff and are hoping to build back into a playoff contender after missing the postseason seven of the past eight seasons.

On Thursday, before NHL free agency began, New Jersey acquired defenseman Ryan Murray from the Columbus Blue Jackets for a fifth-round pick in the 2021 draft.

The 27-year-old Murray, the No. 2 overall pick in 2012, had two goals and seven assists in 27 games last season with the Blue Jackets, and one goal in nine playoff games.

Johnsson adds to that. The 5-foot-10 Swede has 67 points in 125 career regular-season games.

The Devils — who traded away several key players and contracts before the season paused to create additional roster and salary-cap space — also had three first-round choices in the NHL draft on Tuesday.