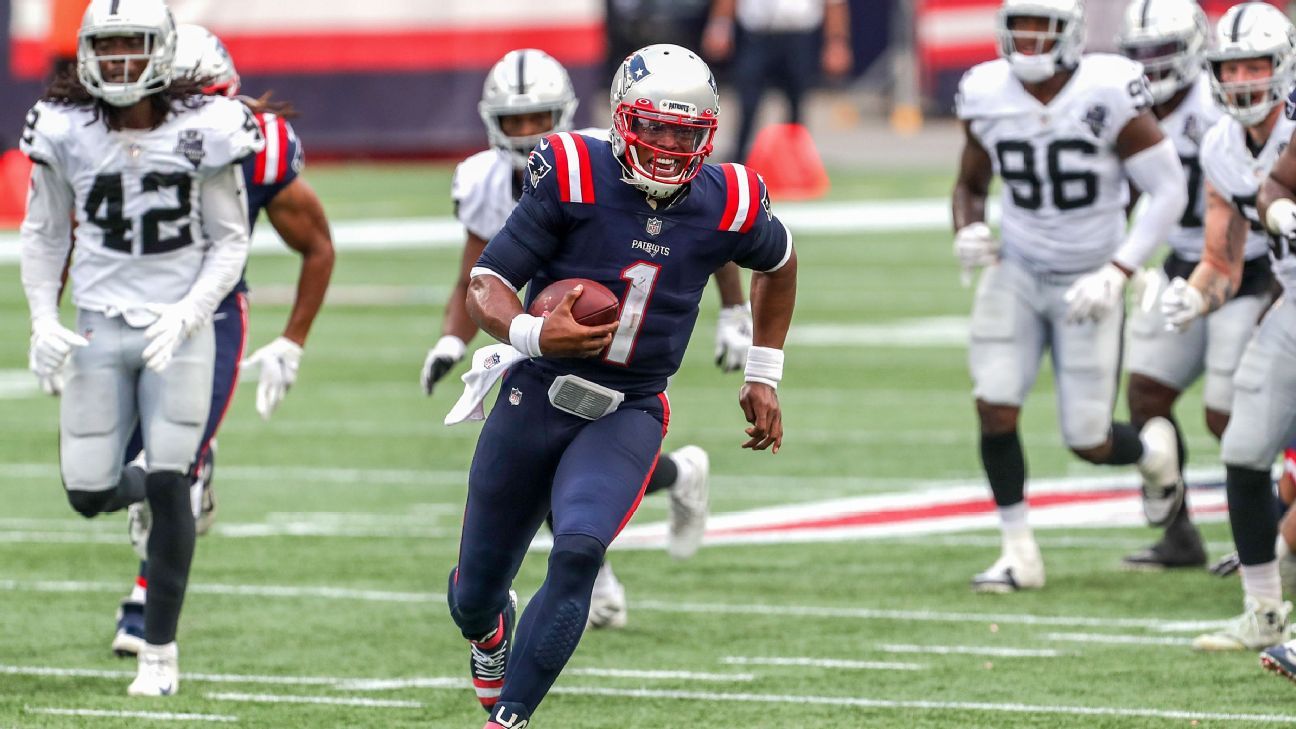 FOXBOROUGH, Mass. — When the New England Patriots return to practice on Thursday, quarterback Cam Newton will rejoin them after being removed from the reserve/COVID-19 list on Wednesday.

That would put Newton on track to start Sunday at home against the Denver Broncos (CBS, 1 p.m. ET). Newton had gone on the reserve/COVID-19 list on Oct. 3 after testing positive.

Patriots players returned to the facility Wednesday after three days off, although they weren’t together as a complete group. Instead, their arrivals were staggered, as the focus was on strength and conditioning work. Newton was present at the facility, according to a source.

The team used its indoor practice facility as a satellite locker room as part of efforts to space out.

In Newton’s absence, the Patriots started veteran Brian Hoyer in a 26-10 loss to the Kansas City Chiefs on Oct. 5. The team was supposed to face the Broncos this past Monday, but after Cowart tested positive on Oct. 9, that game was postponed to Sunday.