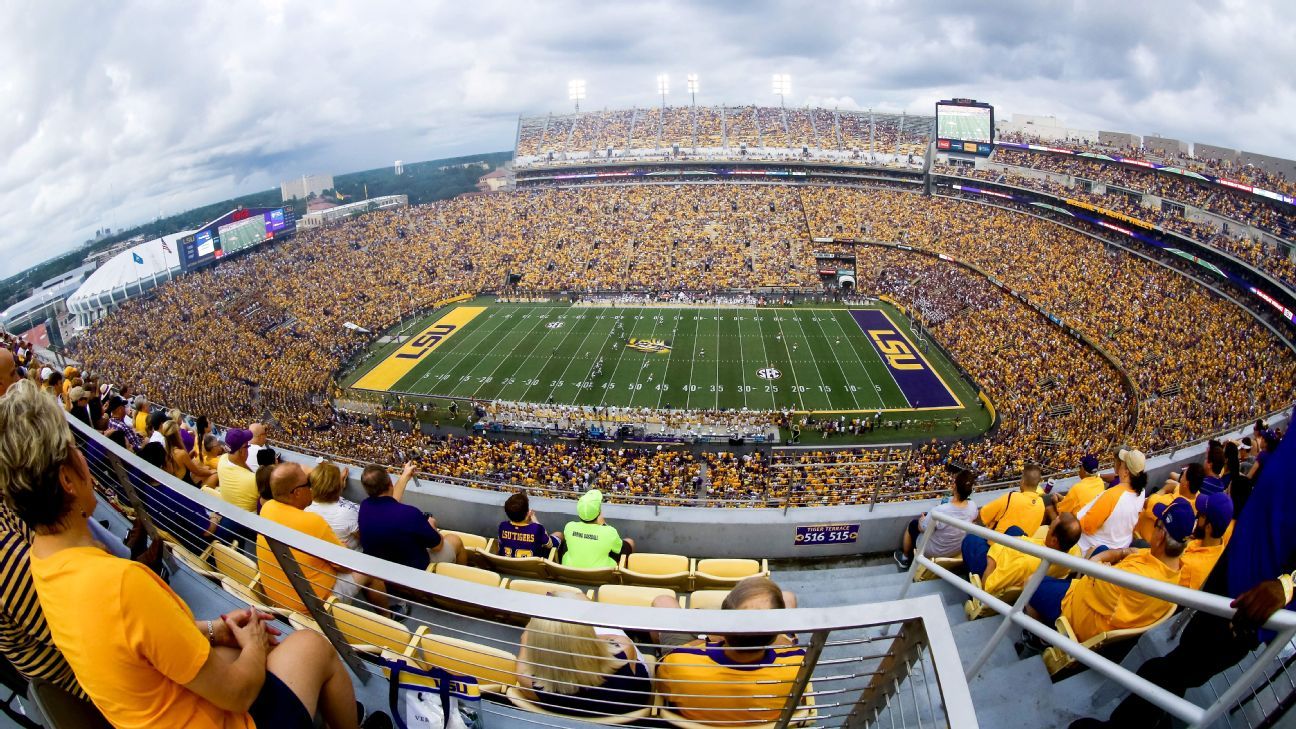 METAIRIE, La. — Sean Payton said he would “embrace” the idea of the New Orleans Saints playing home games in LSU’s Tiger Stadium if that means they could have fans in the seats.

“I welcome it. I don’t there’ll be many challenges. I mean it’s right up the road,” Payton said of Baton Rouge, which is about 80 miles to the northwest of New Orleans. “You’d be playing on grass outside in a great environment. And so if it was playing in the Dome with no fans or playing up there with 25,000 of our fans, then every one of us would make the second choice.

“To me, that would be exciting.”

Saints and LSU officials began discussing the possibility this week. New Orleans Mayor LaToya Cantrell has declined the Saints’ requests to allow fans into the Superdome because of the coronavirus pandemic.

“While the Saints’ request for a special exception to the city’s Covid-19 guidelines remains under consideration, allowing 20K people in an indoor space presents significant public health concerns,” Cantrell said in a statement. “At present, no NFL stadium in the country with a fixed-roof facility is allowing such an exception. We will continue to monitor the public health data, but cannot set an artificial timeline for how and when conditions may allow for the kind of special exemption being requested.”

New Orleans’ next home game is Week 7 against the Carolina Panthers on Oct. 25. After that, they don’t return home until Nov. 15, when they host the San Francisco 49ers in Week 10. No timetable has been determined yet for when a location would need to be finalized.

The state of Louisiana has allowed fans into games — LSU allowed 25% capacity for its lone home game on Sept. 26 — but New Orleans’ restrictions have been stricter than the rest of the state.

“Obviously, our overwhelming preference is to play our games in the Mercedes-Benz Superdome with partial fan attendance, but there has been no indication from the city on when, or if, this might be approved,” Saints official Greg Bensel said in a statement Tuesday.

The NFL has offered its support to the Saints, including an email sent earlier this month from commissioner Roger Goodell to Cantrell. A source confirmed to ESPN that NFL medical experts would also be willing to meet with New Orleans officials as well.

“We anticipate more cities coming online in the next few weeks, while stadiums that have hosted fans will increase their capacity as the season progresses,” said NFL spokesman Brian McCarthy, who pointed out that there are 15 NFL teams that have been approved to host fans. “We have shared best practices from the clubs that have hosted fans safely and responsibly. We also engaged a company that tracked COVID[-19] cases in the local area in time periods before and after fans attending games. There’s been no indication that NFL games with fans are having an impact on daily COVID case trends at the local or state level.”

New Orleans is in Phase 3.1 of its reopening, allowing bars to reopen and restaurants to allow 75% seating capacity inside earlier this month. Thus far, the city’s restrictions have been stricter than those in the rest of the state.

New Orleans has detailed plans to possibly loosen restrictions in Phases 3.2 and 3.3 later this month, but fans at Saints games would still not be allowed because they are considered “large gatherings.”

The idea of the Saints playing “home games” in Baton Rouge would not be unprecedented. They also hosted four games at Tiger Stadium in 2005 in the wake of Hurricane Katrina, when the team moved its practice operations to San Antonio and also hosted three games in the Alamodome.

The Saints have allowed 750 family members of players and staff into each of their past two home games in the Superdome as a “test run” for what they hope will be a wider opening in the near future.