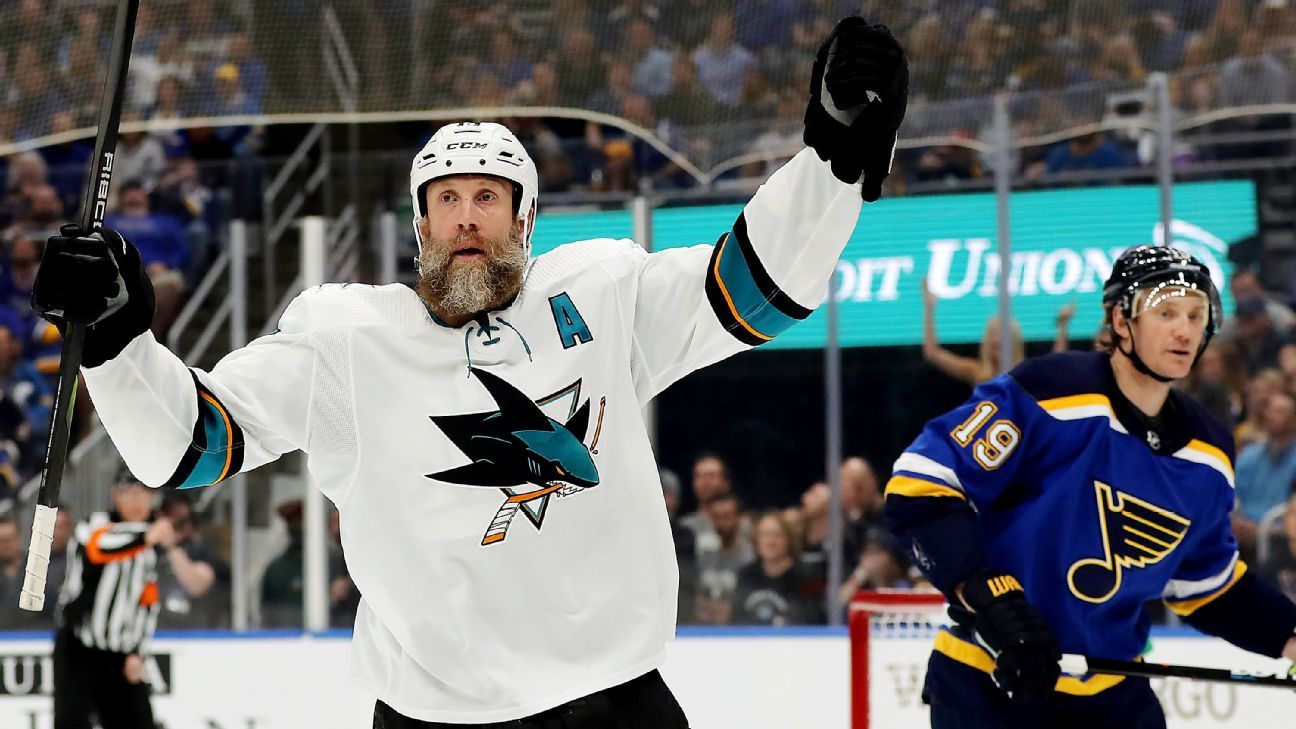 Unrestricted free agent Joe Thornton has taken his talents to Switzerland while he doesn’t have an NHL contract and everyone waits to see when the season will begin.

HC Davos announced that they have signed the 41-year-old, and he could play for them as soon as Saturday. His deal does not preclude his return to the NHL.

“It will be a lot of fun to play for HC Davos again in the championship,” Thornton said in a statement. “The boys and I have been training together all summer and I am very happy to be fighting serious battles for the HCD again.”

Thornton, who has a Swiss passport, met his wife, who is Swiss, during the 2004-05 lockout, when he previously played for HC Davos. He also played for the team in 2012-13.

The Sharks brought Thornton back this season on a one-year deal, and he finished with seven goals and 24 assists in 70 games. His production increased as the season went on. He had 11 points in his final 17 games after just 20 in his first 53.

Thornton has expressed interest in returning for his 23rd year. Sharks general manager Doug Wilson said he was in frequent contact with Thornton and knows he wanted to get back on the ice.