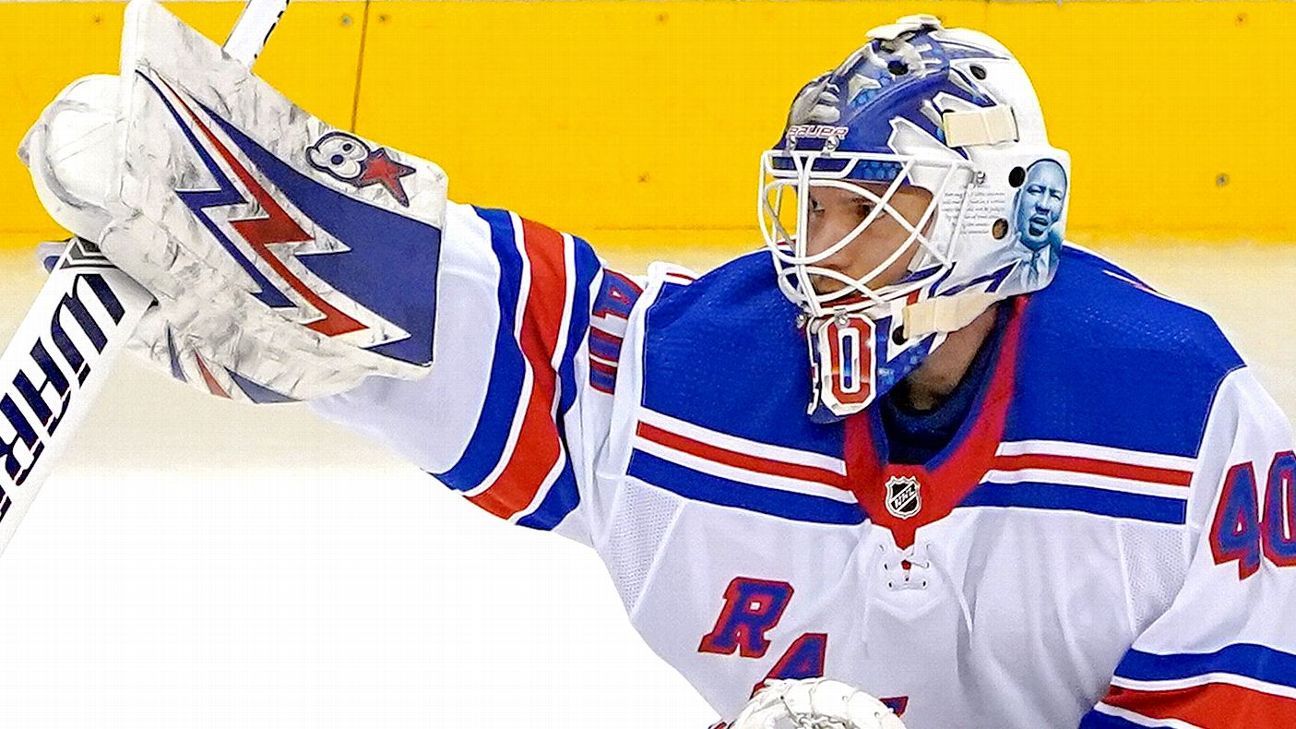 The 24-year-old DeAngelo is coming off his best season as a pro, setting career highs with 15 goals, 38 assists and 53 points. He tied for fourth among NHL defensemen in goals and points last season.

After becoming the first Rangers defenseman with 50-plus points since Brian Leetch in 2001-02, DeAngelo will count $4.8 million against the salary cap through 2021-22. The 2014 first-round pick from Sewell, New Jersey, has 105 points in 200 career regular-season games.

Georgiev will count $2,425,000 while backing up Igor Shesterkin after the Rangers bought out longtime face of the franchise Henrik Lundqvist. Georgiev went 17-14-2 with a 3.04 goals-against average and .910 save percentage in 34 games last season.

He has a 3.00 goals-against average, .913 save percentage and four shutouts in 77 career NHL games, all with the Rangers. The only Bulgaria-born player in league history signed with New York as a free agent in 2017 after going undrafted.

The Rangers added veteran Keith Kinkaid in free agency early this month to give them depth in goal beyond Shesterkin and Georgiev.