“We talk a lot about dumb media questions; that’s one of them,” Rodgers said last week during a bye week appearance on “The Pat McAfee Show.”

Rodgers had just seen a similar line of questions come up a week earlier in advance of the Chiefs-Ravens game, a game hyped as Patrick Mahomes against Lamar Jackson.

If Rodgers was trying to head off the questions well in advance of his weekly session with the media before Sunday’s game against the Tampa Bay Buccaneers, it mostly worked.

Fans were robbed of at least one other matchup — the 2010 game in Foxborough because Rodgers had suffered a concussion the previous week against the Lions.

The one that would have been the biggest never happened because the Packers lost the 2014 NFC Championship Game at Seattle, memorably blowing a 12-point, fourth-quarter lead, thus denying a Rodgers-Brady matchup in Super Bowl XLIX.

Few could have predicted they would meet in 2020. But when Brady jumped to the Bucs this offseason, a bonus byproduct was at least one more meeting between the two future Hall of Famers — even if Rodgers doesn’t view it that way.

“Like I said, I’m not playing against Tom; I’m playing against the Buccaneers’ defense,” Rodgers reiterated this week. “That’s how it should be viewed. When it comes to big picture and you guys writing your stories and telling that whole story, which I know is a part of it, it’s two older guys. He’s a little bit older than I am; he’s got me by about six-and-a-half or seven years, but we haven’t played a lot because he’s been in the AFC the majority of his career and I’ve been over here.”

That didn’t stop at least one of Rodgers’ teammates from having fun with it.

“Yeah, I mean, we just prayed for Tom Brady versus Aaron Rodgers,” Packers left tackle David Bakhtiari said sarcastically. “You got the Tampa Bay Bradys versus the Green Bay Rodgerses. That’s the way I look at this game. It’s a one-on-one battle.”

If there’s anything missing from Rodgers’ Hall of Fame career, perhaps it’s an archrival quarterback. Rodgers and Brady can be considered contemporaries, but not rivals.

Brady had Peyton Manning. They played 17 times (with Brady winning 11) .

Mahomes and Jackson are three years into the NFL and already they’ve played three times (with Mahomes winning all of them).

Rodgers has played the most against Lions quarterback Matthew Stafford, winning 11 of 15 games. Next up is former Bears quarterback Jay Cutler (13 times, 11 wins).

Even another one of his contemporaries, Drew Brees, hasn’t been a regular foe. The Week 3 win at the Saints was just the fifth meeting between Rodgers and Brees, with Rodgers holding a 3-2 edge. He played Brett Favre almost as much, going 2-2 when Favre was with the Vikings in 2009-10. 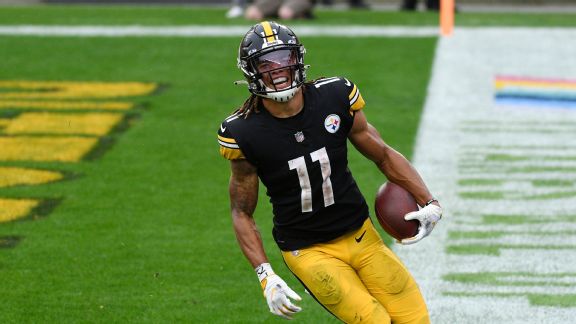 • Claypool’s journey from Canada to NFL
• Rodgers playing Bucs, not Brady
• Vrabel uses lessons from Crennel
• Montgomery learning to be feature back
• Koch to play in 230th straight game

Lest anyone think Rodgers has underplayed his feelings about playing Brady on Sunday in Tampa, his teammates have projected the same vibe.

“You look at it as a cool thing until the clock starts running,” Packers receiver Davante Adams said. “At the end of the day, I don’t really care if it’s Nate Peterman or it’s Tom Brady on the other side, honestly, because that has nothing to do with what I’m doing. I go into kind of a ‘black hole’; I get kind of tunnel vision I guess people would call it when I’m on the field. Sometimes I don’t even hear the crowd when I’m on the field. I would say probably one of the last things in the world I’m worried about is who’s playing quarterback on the other team.”

And the same could be said for Rodgers.