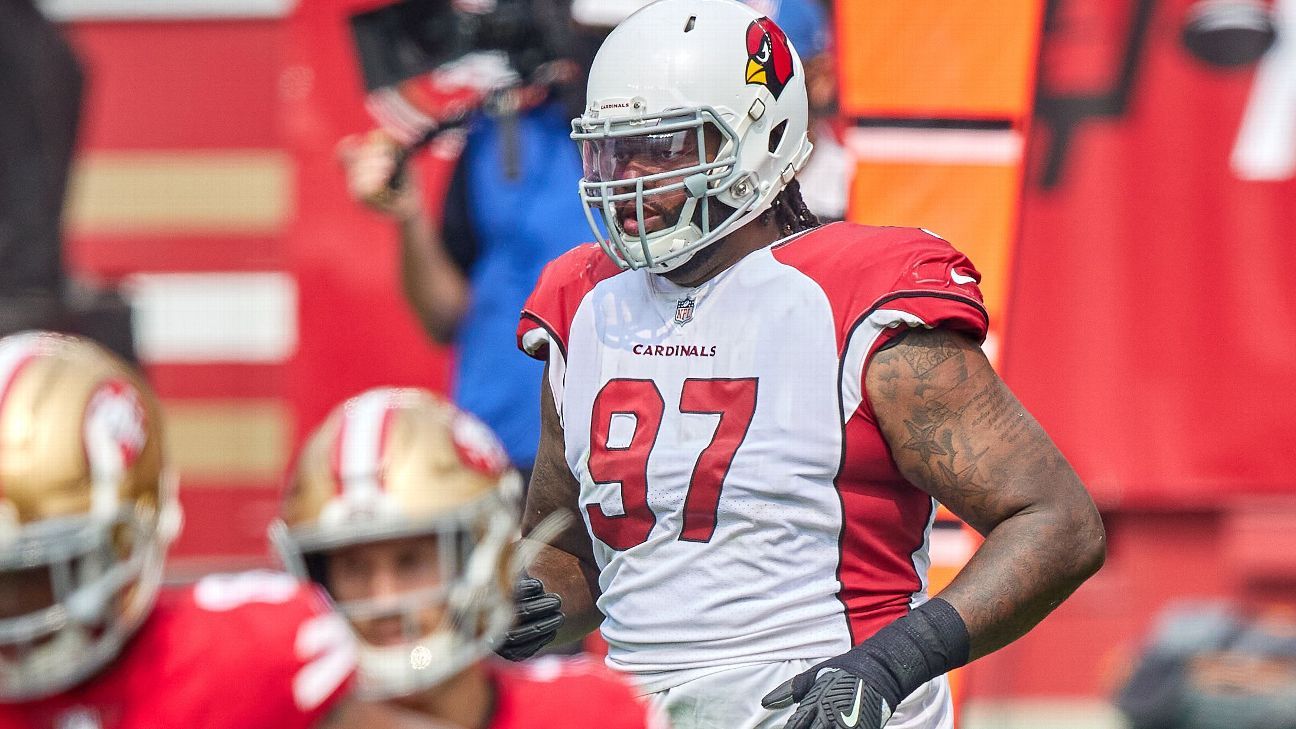 TEMPE, Ariz. — Arizona Cardinals defensive tackle Jordan Phillips was able to attend his father’s funeral on Saturday morning, not miss any mandatory COVID-19 tests and still be back in Arizona in time to fly with the team to Dallas for Monday night’s game against the Cowboys.

But he initially didn’t think it would happen.

Phillips tweeted Wednesday, “The @NFL is wanting me to pick between playing in my Monday night game this week or going to my dads funeral with the new covid protocols can’t do both these rules crazy @ShannonSharpe” but later deleted the message. A day later, Phillips tweeted: “Appreciate the front office for finding a solution to the problem. Thanks Michael Bidwill. Top notch organization.”

Bidwill, the Cardinals’ owner, arranged for Phillips to take a private plane to and from his father’s funeral in Wichita, Kansas, so the first-year Cardinal wouldn’t have to miss any of the required tests. And it would put Phillips, who missed Saturday’s practice, back in Arizona in time to fly with the Cardinals to Texas on Sunday.