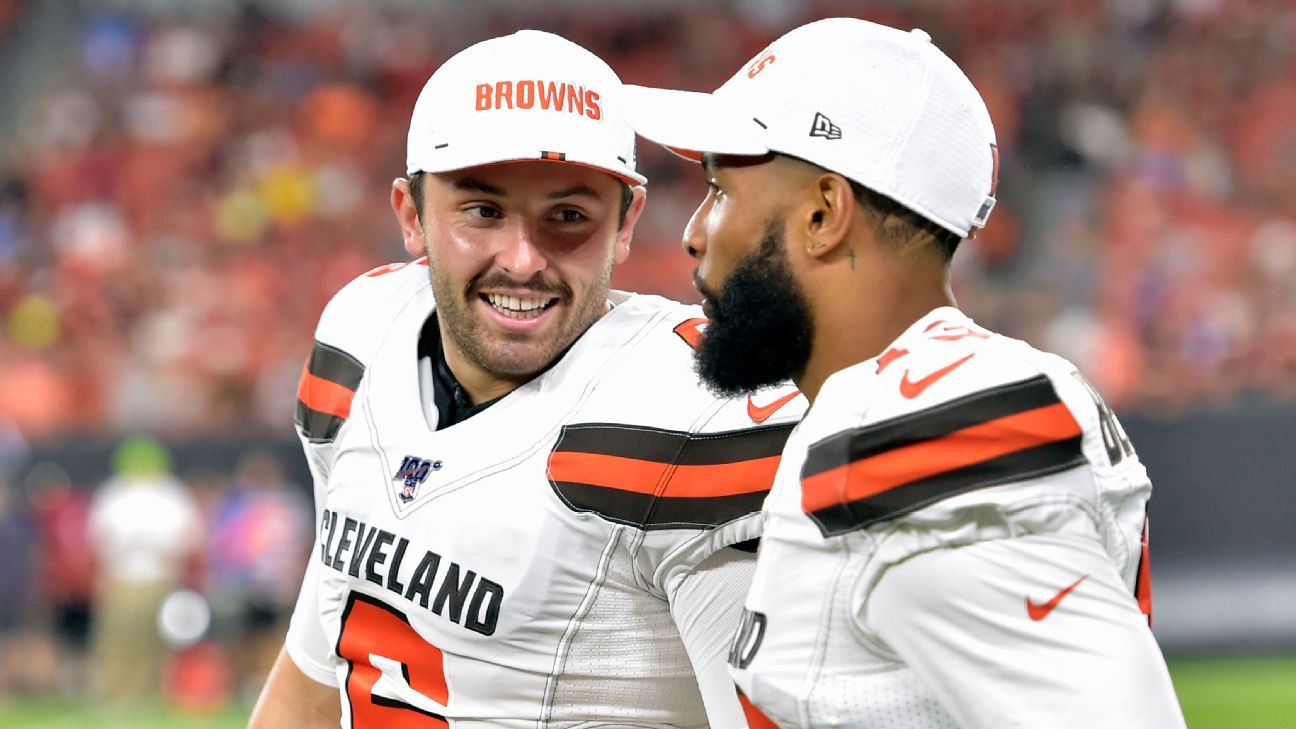 The Cleveland Browns‘ Baker Mayfield and Odell Beckham Jr., listed as questionable for Sunday’s game against the Pittsburgh Steelers, are both expected to play, sources told ESPN’s Adam Schefter.

Mayfield suffered a chest injury in last weekend’s victory over the Indianapolis Colts, and while he had been limited in practice, the Browns quarterback remained confident he would be ready to go by Sunday.

Beckham was sent home Thursday with an unknown illness and was away from the team Friday as well, despite repeatedly testing negative for COVID-19. The wide receiver tested negative again on Saturday, which cleared the way for him to reenter the Browns’ practice facility, a source told ESPN.

Receiver Jarvis Landry, who was listed as questionable Sunday with a hip injury, is also expected to play.

The Browns (4-1) are off to their best start in 26 years, though they are looking for their first victory over the Steelers (4-0) in Pittsburgh since 2003.