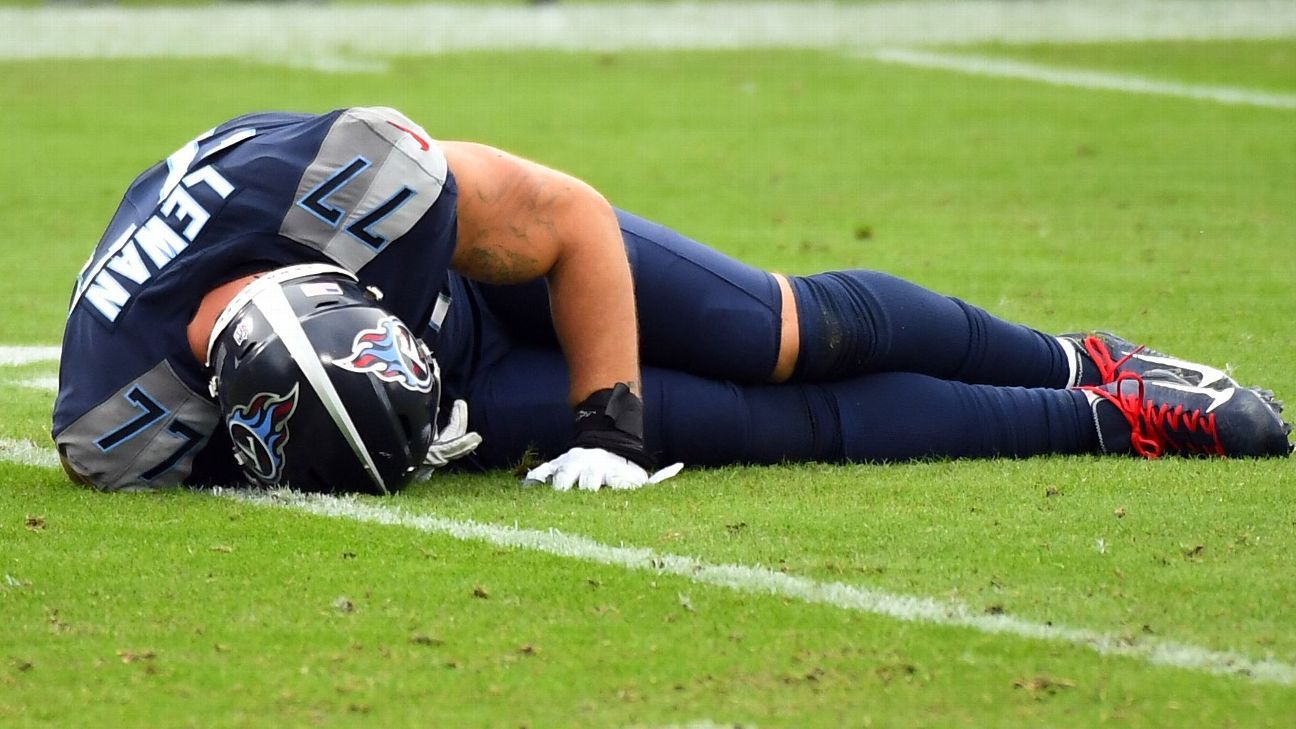 Tennessee Titans star left tackle Taylor Lewan confirmed Monday that he has a torn ACL and will miss the remainder of the season.

Lewan tweeted that an MRI taken Monday confirmed the ACL tear and added: “Don’t feel sorry for me, I’m going to handle this rehab like a Pro and come back better than ever.”

Lewan suffered the injury in the third quarter of Sunday’s overtime victory over the Houston Texans. Tennessee rallied without the three-time Pro Bowler to improve to 5-0.

Lewan played 226 offensive snaps for the Titans this season. He played 40 snaps before suffering the injury Sunday. The Titans gained an average of 3.9 yards per rushing attempt when running to Lewan’s side.

Veteran offensive tackle Ty Sambrailo came in when Lewan was injured. Sambrailo gave up a strip sack to J.J. Watt on his first snap but settled in as the game went on. Sambrailo will likely be the left tackle going forward.

“I can’t wait to watch my guys crush it,” Lewan said Monday in a follow-up tweet. “I’m going to be the biggest titans fan each and every Sunday. We are doing something special here and this small set back doesn’t change a thing!”

I wanted to let everyone know I got an MRI today. I Tore my ACL yesterday against Houston. Don’t feel sorry for me, I’m going to handle this rehab like a Pro and come back better than ever. Thank you @Titans fans for your support. #NoBadDays

Now in his seventh season, the 29-year-old Lewan has been selected to three Pro Bowls.

Also, Titans tight end Jonnu Smith is dealing with a “minor” ankle sprain and is expected to be considered questionable for Sunday’s game against the Steelers, a source told ESPN’s Adam Schefter.