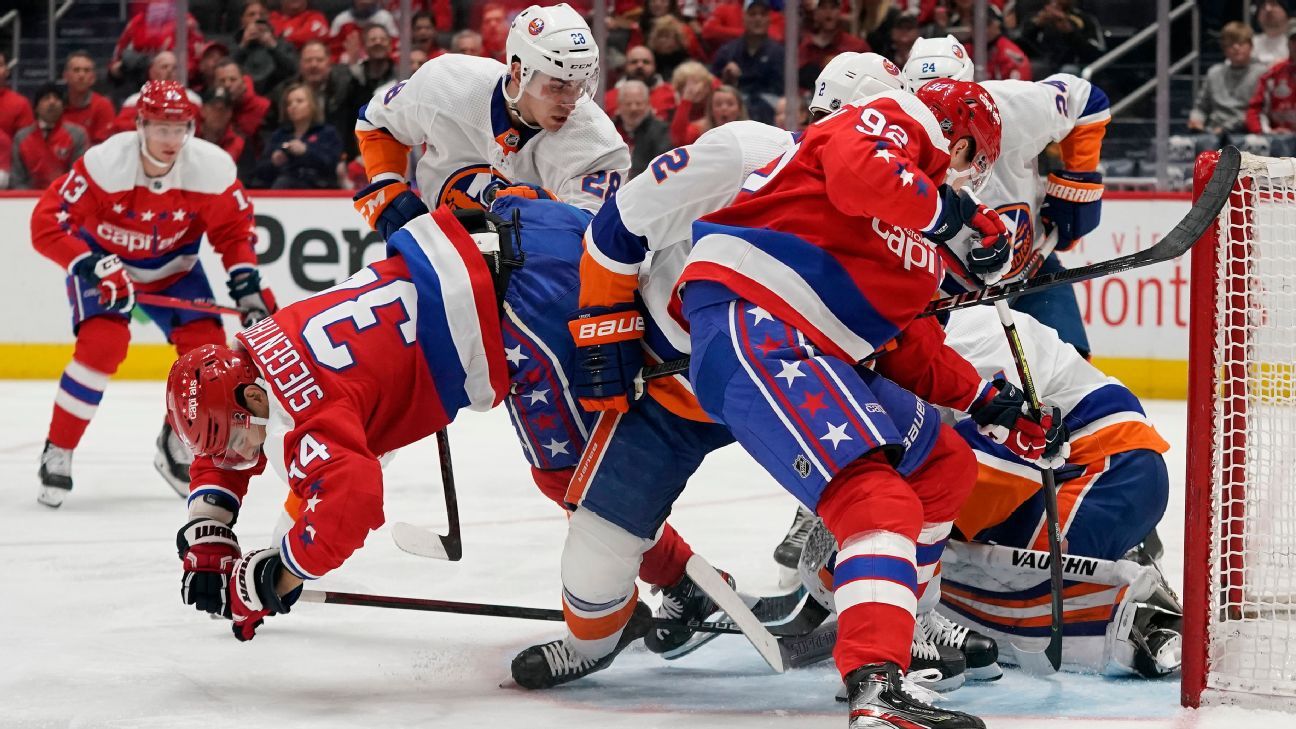 McCarthy will be in charge of the defensemen under Laviolette, who is keeping the other three assistants in place after replacing fired coach Todd Reirden. The 63-year-old was with Laviolette in his last three stops in Nashville, Philadelphia and Carolina, and they won the Stanley Cup together with the Hurricanes in 2006.

“Kevin has had a tremendous impact on my coaching career, and I’m extremely excited to have him join our coaching staff in Washington,” Laviolette said in a statement. “Kevin is a high character individual who has an incredible amount of NHL experience and works relentlessly to make players better.”

Laviolette didn’t know McCarthy in December 2003 when then-Carolina general manager Jim Rutherford asked him to keep the veteran assistant coach on staff. In their first full season together, they won it all and have been inseparable behind the bench since.

“It was then I realized how special he was as a coach and a person,” Laviolette said upon being hired by Washington in September. “The way he could teach and he had a real way about his personality where he could really be effective with the players. I think his track record speaks for itself.”

McCarthy worked under Paul Maurice when Carolina got to the 2002 Cup Final and was an assistant each time Laviolette coached a team there: the Hurricanes in 2006, Flyers in 2010 and Predators in 2017.

Hiring McCarthy to fill the vacancy left by Reid Cashman’s departure to coach Dartmouth University is less surprising than the Capitals not making more changes to their staff after a second consecutive first-round playoff exit. Assistants Scott Arniel and Blaine Forsythe and goaltending coach Scott Murray will all be back.

“I’m pleased to have them return to our staff,” Laviolette said. “They are all successful coaches, bring a significant amount of experience and recognize the attention to detail that creates the foundation for a successful team.”