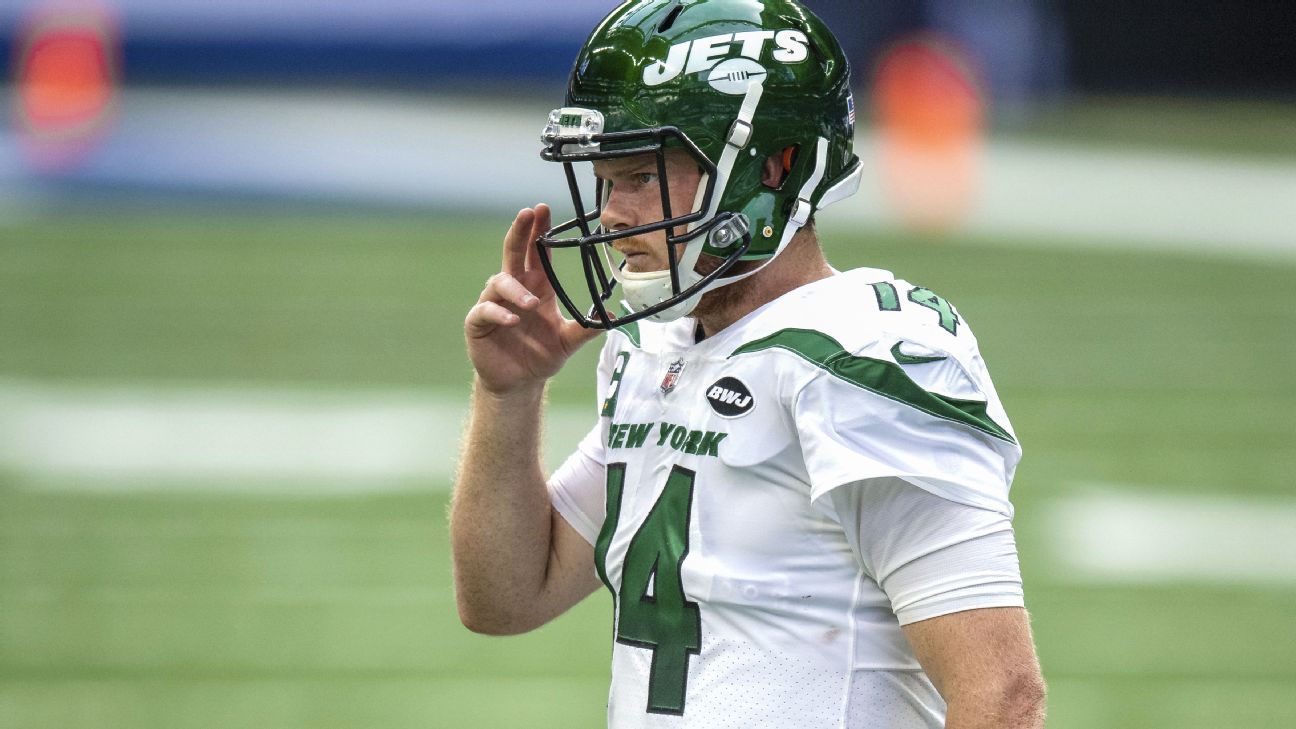 “Things are trending in the right direction, so, hopefully, barring any setbacks, we’ll get him going this Sunday,” coach Adam Gase said Friday before practice.

Darnold was officially limited Friday and drew a questionable tag for the game, but he came out of practice fine and is expected to start.

The Jets (0-6), who have generated only six offensive touchdowns, hope Darnold can provide a spark against the Buffalo Bills (4-2) at MetLife Stadium. Backup Joe Flacco led the offense to only one touchdown in 25 possessions while Darnold recovered.

What makes this decision interesting is that Gase acknowledged that Darnold, who suffered a sprained AC joint on Oct. 1, still isn’t 100 percent. On Thursday, Darnold admitted he has some pain, but he insisted he can deal with it.

In a lost season, the Jets could err on the side of caution and rest him another week, but Gase said they made a collaborative decision to play him. The training staff and front office participated in that conversation.

“Everything looks normal,” said Gase, adding that he hasn’t noticed any dip in Darnold’s velocity during practice.

“I’m not worried about him re-hurting his shoulder or anything,” Gase said. “He’s in pain. There’s a little bit of pain there for him, [but] he’s not complaining about it to the extent that we shouldn’t play him. He wants to play.

“The biggest thing we had to decide as a group is, is this the right thing to do? He wasn’t really looking to take no for an answer. … He wasn’t interested in us saying, ‘Hey, let’s take another week to rest.’

Darnold missed two weeks of practice as he recovered from the injury. Not only do the Jets hope he can bring life to the offense, but they also privately could be hoping he plays well and raises his trade value for the offseason in the event they draft a quarterback.

The 2018 first-round pick has struggled this season, having completed only 59% of his passes for 792 yards, three touchdowns and four interceptions.

He’s ranked 29th out of 30 qualifying passers in Total QBR. Darnold has acknowledged that he hasn’t played well enough to win.

“He’s looked good [in practice],” Gase said. “It’s one of those things where you don’t see anything that is alarming or looks different. I’m sure he doesn’t feel like Day 1 of Week 1, but he’s not giving us any of those indications.

The Jets are hoping to have their starting receiving corps intact for the first time, but that’s no guarantee.

Leading receiver Jamison Crowder (groin) has missed practice time this week but returned in a limited fashion Friday and the team is hopeful he can play. He is officially questionable. Rookie Denzel Mims finally is healthy enough to make his debut, but his status is up in the air. Citing other injury-related roster decisions, Gase was noncommittal on whether the second-round pick would be activated from injured reserve.