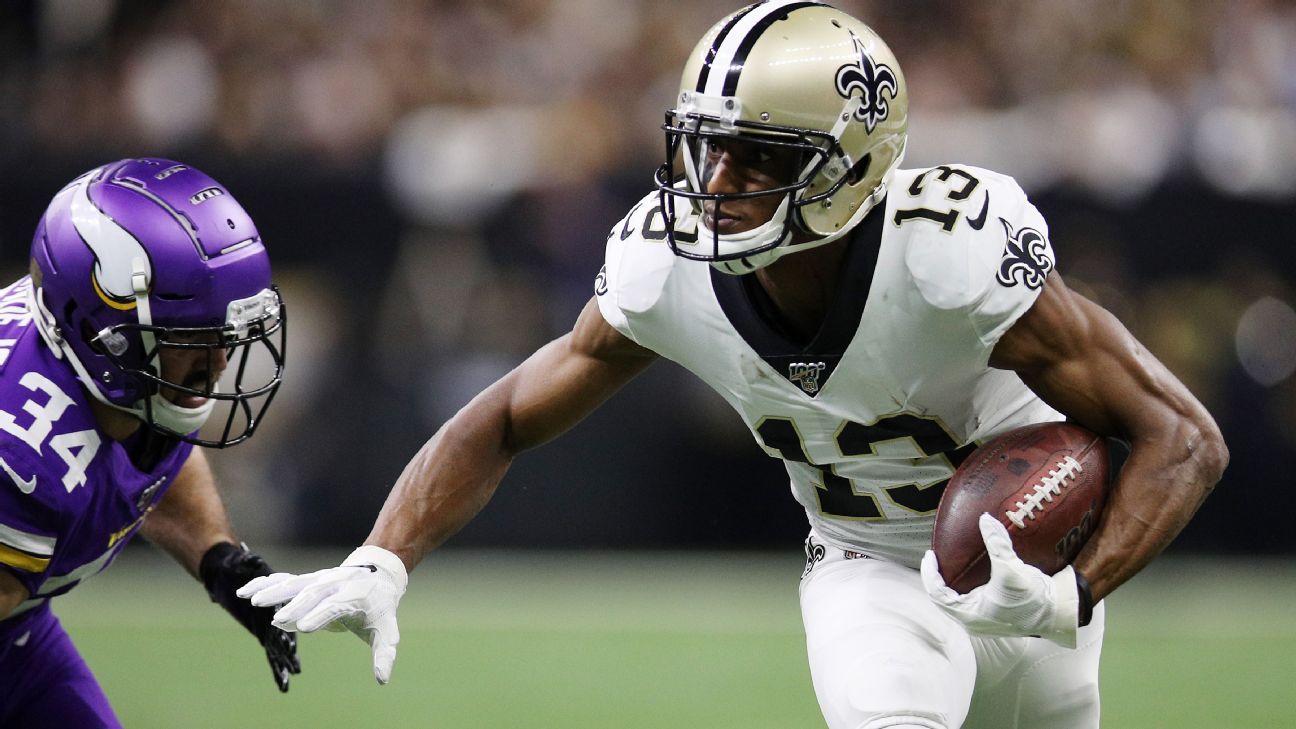 METAIRIE, La. — New Orleans Saints receiver Michael Thomas‘ status is in doubt yet again in Week 7 — for yet another reason.

Thomas did not practice Thursday after being limited on Wednesday with a new hamstring injury that appeared for the first time on this week’s injury report.

Saints coach Sean Payton has not offered any specifics on Thomas’ injury status. But it’s possible that the star receiver could miss his fifth straight game after suffering a high ankle sprain in Week 1, then being benched for a team disciplinary action in Week 5.

Thomas was punished in Week 5 for an altercation in practice that included him punching teammate C.J. Gardner-Johnson. However, Payton said Thomas’ punishment lasted only one game.

Thomas appeared as though he was going to return from the ankle injury before that incident occurred. So he was definitely expected to return after the Week 6 bye. But the new injury might put a wrinkle in those plans.

The Saints (3-2) have struggled to find a consistent rhythm in their passing game without the NFL’s reigning Offensive Player of the Year. But Drew Brees started to really develop a connection in recent weeks with receivers Emmanuel Sanders (who caught a career-high 12 passes in Week 5) and Tre’Quan Smith.