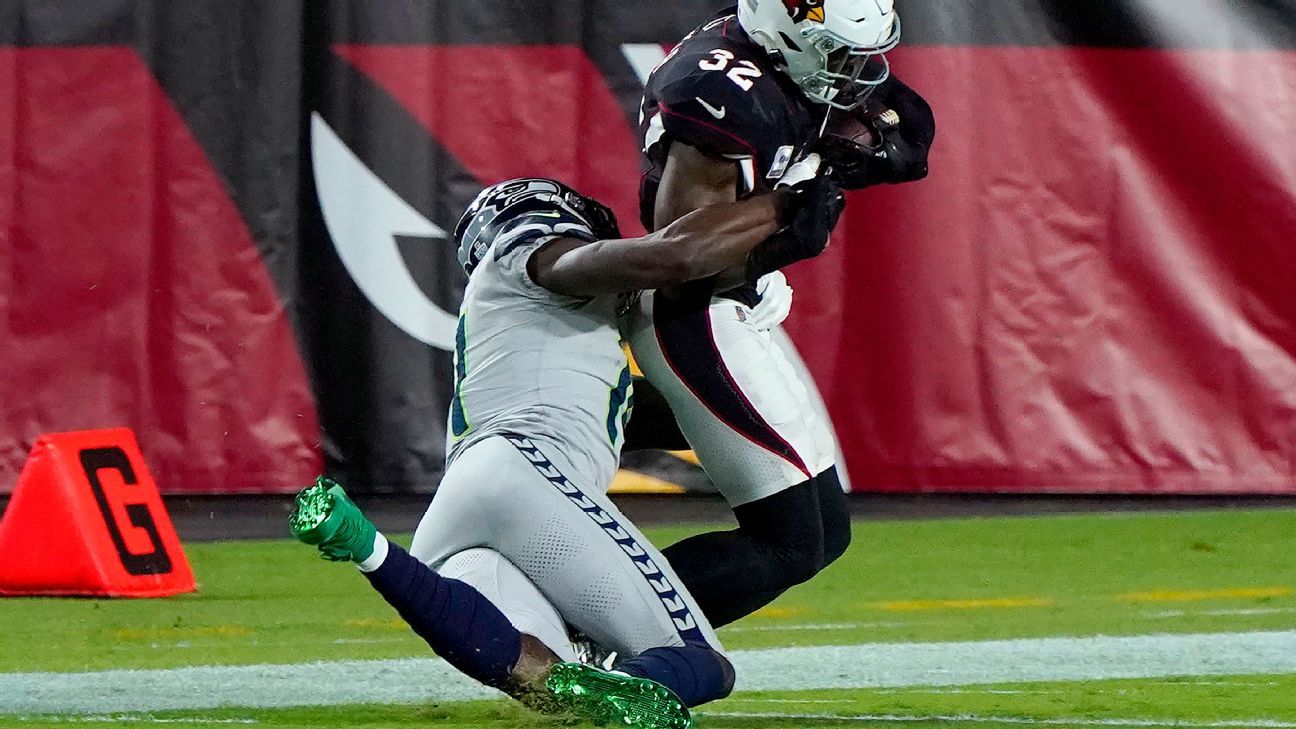 Baker snagged the pass out of midair while in midjump at the Arizona 2-yard line and took off along the sideline with Wilson in pursuit. But also pursuing Baker the entire time was Metcalf, who passed Wilson in a dead sprint at the Seattle 40 after being 10.89 yards away from Baker at the time of the pick. Metcalf was able to bring down Baker at the 8-yard-line, preventing a touchdown in more ways than one.

Two picks in two games.@buddabaker32 is a game-changer. #SNF pic.twitter.com/viXqMXWNgp

It was Baker’s second interception in two games — and the second of his career.

Baker was fast in his sprint toward the goal line, topping out at 21.27 mph, but Metcalf was faster, hitting a top speed of 22.64 mph — the second-fastest in pursuit in the NFL this season, according to NFL NextGenStats. Metcalf was at the Seattle 47 when he hit his top speed — while Baker was at 20.5 mph — and was still 3.76 yards behind Baker.

Max speeds on the interception, per @NextGenStats:

The Cardinals couldn’t get in the end zone despite starting their next possession at the Seattle 8. They got down to the 2 but got pushed back to the 3, and then coach Kliff Kingsbury called for a fourth-down play instead of taking the field goal. The play was blown up by the Seahawks and quarterback Kyler Murray had to throw it away.