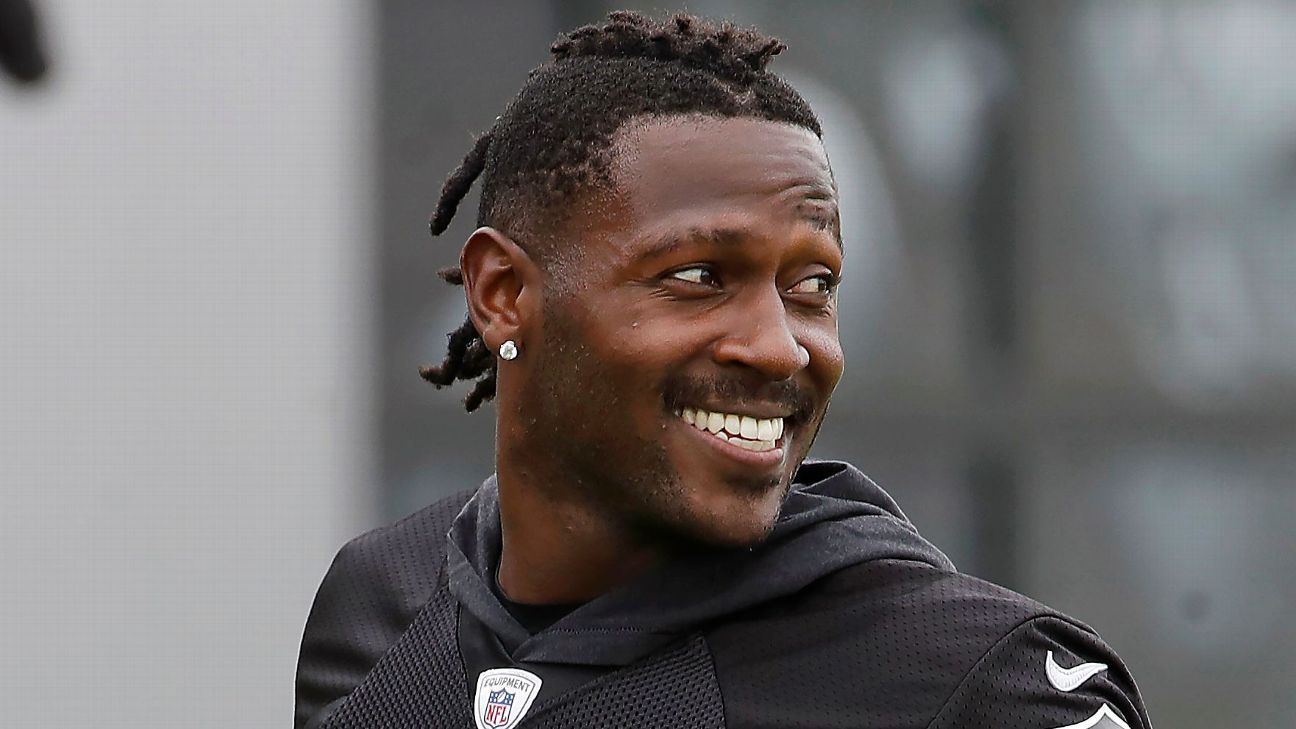 TAMPA, Fla. — Antonio Brown officially signed his contract with the Tampa Bay Buccaneers on Tuesday morning, sources told ESPN. It is a one-year deal for a base salary of $750,000 with incentives that could push the value to $2.5 million, sources told ESPN on Sunday.

He can earn $750,000 if the Buccaneers win the Super Bowl and has three $250,000 incentives for 45 receptions, 650 yards and six touchdowns during the regular season. For Brown to earn the individual incentives, the Buccaneers must make the playoffs, the source told ESPN.

Brown will not be eligible for reinstatement or be able to start practicing with the Bucs until his suspension concludes after Week 8, but the team does plan to have him participate in meetings and meet with the strength staff once he clears COVID-19 testing protocol this week.

The expectation is that Brown will make his debut in Week 9 against the New Orleans Saints.

The Bucs have emphasized Brown will be on a tight leash. He is currently in Week 7 of an eight-week suspension for violating the NFL’s personal conduct policy and he is still under probation for felony burglary with battery charges for the next two years, which requires a psychological evaluation, follow-up treatment, 100 hours of community services and attending an anger management course.

Brown still faces a civil suit by his former trainer, who alleges that Brown assaulted her on three separate occasions from 2017 to 2018. A trial is set for Dec. 14-18, a source told ESPN.

On Sunday, Bucs coach Bruce Arians said that he is going to “let the court system handle it” and “if it’s found out to be true, he won’t be with us.” If the court rules in favor of the trainer and the Bucs do cut him, he could potentially see action in five games — Tampa Bay has its bye week in Week 13.

Brown and his legal counsel face an Oct. 31 deadline for the discovery process. They must provide information from his electronic devices where the trainer is mentioned or discussed. If Brown fails to provide this, she and her attorney will ask for sanctions.