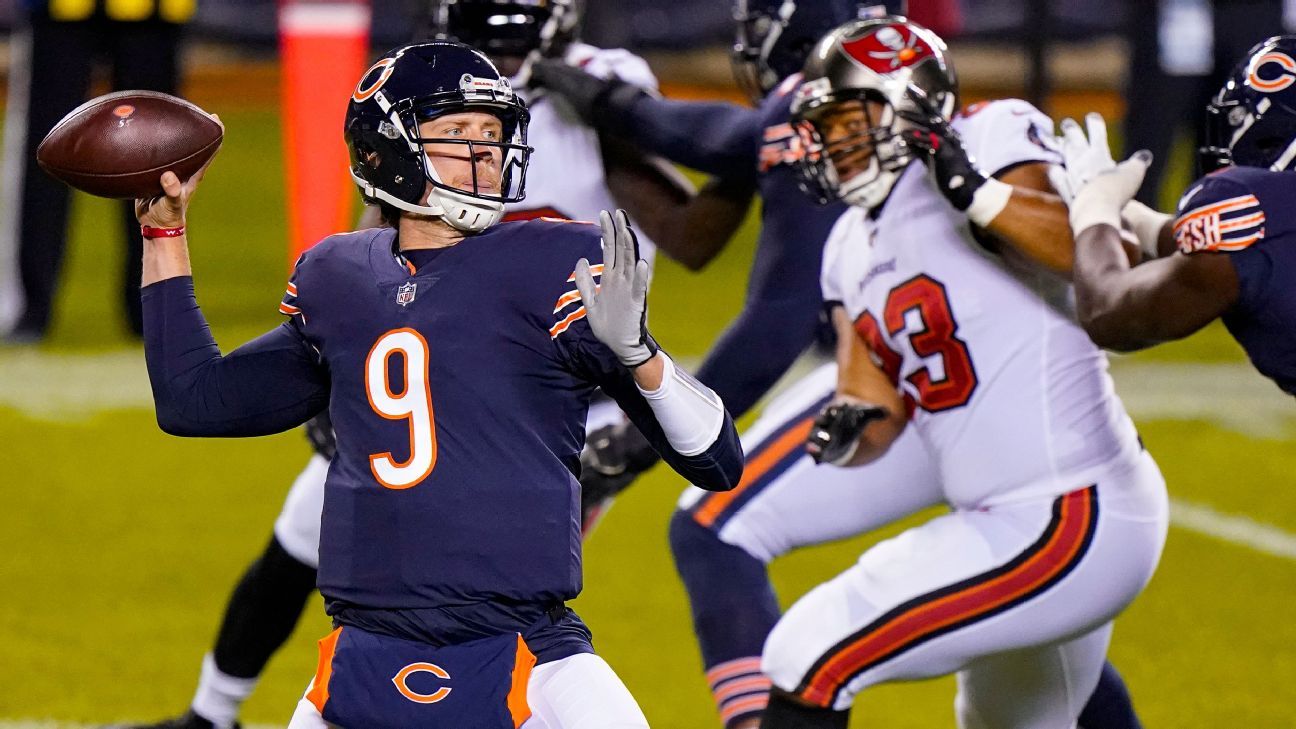 LAKE FOREST, lll. — Chicago Bears coach Matt Nagy does not intend to relinquish playcalling duties or revert back to quarterback Mitchell Trubisky in the wake of Monday night’s disastrous 24-10 loss to the Los Angeles Rams.

“I look at all [the possibility of someone else calling plays],” Nagy said Tuesday. “The very first thing I look at is that. I talk to our coaches and we talk through that whole process. I’m really honestly not opposed to, there’s no opposition from me if we feel like that that’s what the issue is. And so we look at that. Right now, where we’re at, that’s not where we think it’s at.”

Nagy benched Trubisky in Week 3 in favor of Nick Foles, who went 28-of-40 for 261 yards and two interceptions against the Rams. Foles has thrown for 1,139 yards, six touchdowns and six interceptions in five appearances (four starts).

At the time of the quarterback change, Trubisky had passed for 560 yards, six touchdowns and three interceptions. The No. 2 pick in 2017, Trubisky guided Chicago to the postseason in 2018 but regressed badly last year, which prompted the Bears to trade for Foles in the offseason.

Nagy dismissed the idea of reinserting Trubisky, who is more mobile than Foles, in light of Chicago’s issues on its offensive line.

“Again, this is a process for us to work though, and it’s not just one person. It’s really not. And I know from yesterday, decision-making-wise and where he’s at, I thought he did a good job. I thought he made some good throws. He missed a couple as well, but again, it’s a team sport, so there’s some other reasons for that as well. Just keep rolling through that and working through it.”

The Bears return home to face the New Orleans Saints (4-2) on Sunday.