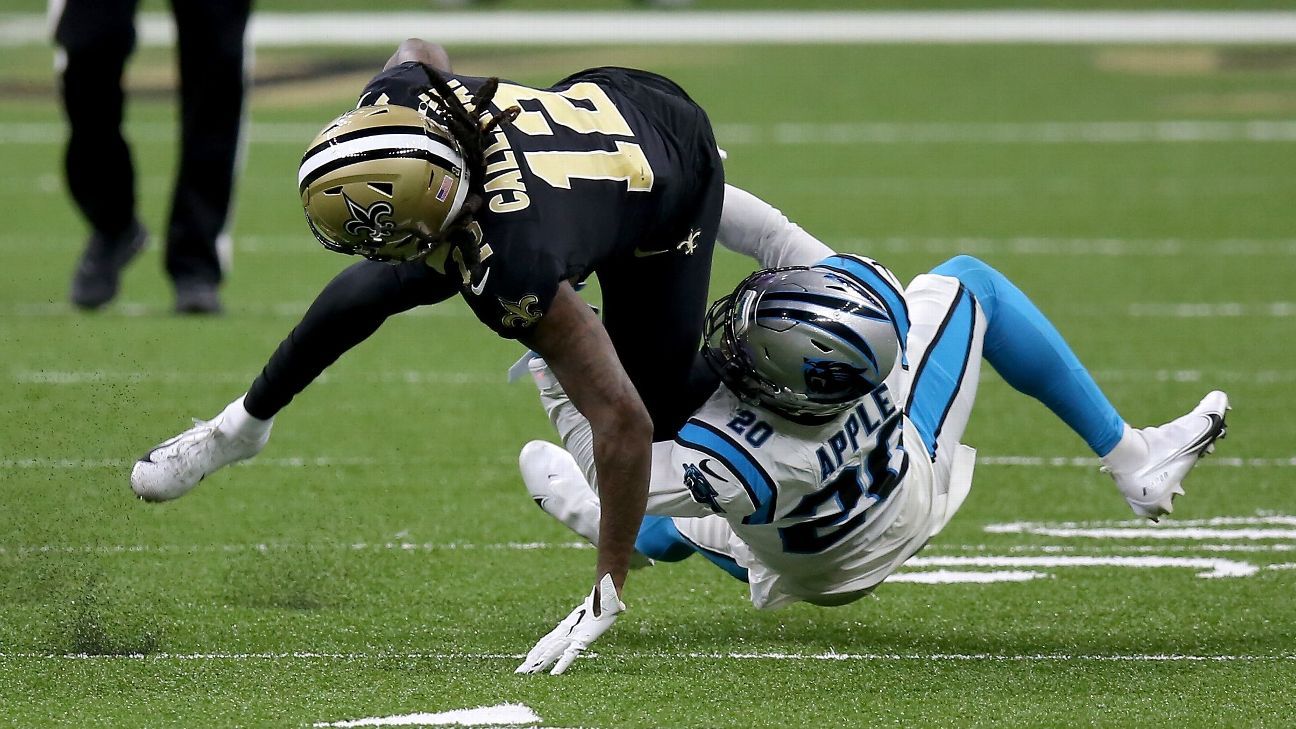 CHARLOTTE, N.C. — The Carolina Panthers on Tuesday released cornerback Eli Apple hours after he left practice for treatment on a hamstring injury that has hampered him much of the season.

Apple, 25, signed a one-year, $3 million deal in May, but he was active for only two games due to injuries.

The 10th pick of the 2016 draft by the New York Giants, Apple spent the first three games on injured reserve with ankle/foot injuries. He played only six special-teams snaps in a Week 4 win against Arizona before another hamstring injury forced him to miss the next two games.

Apple played 28 snaps in Sunday’s loss at New Orleans, recording four tackles against the last team he played for before coming to Carolina.

Apple arrived at practice on Tuesday as the Panthers (3-4) continued preparing for Thursday night’s game against Atlanta (1-6), but left during the media portion and was reported as a nonparticipant.

“He just didn’t feel like he could go, so we sent him inside,” coach Matt Rhule said.

The only other corners currently on the 53-man roster are nickelback Corn Elder and rookie Stantley Thomas-Oliver III, so the team might have to sign another player if Douglas isn’t reactivated.