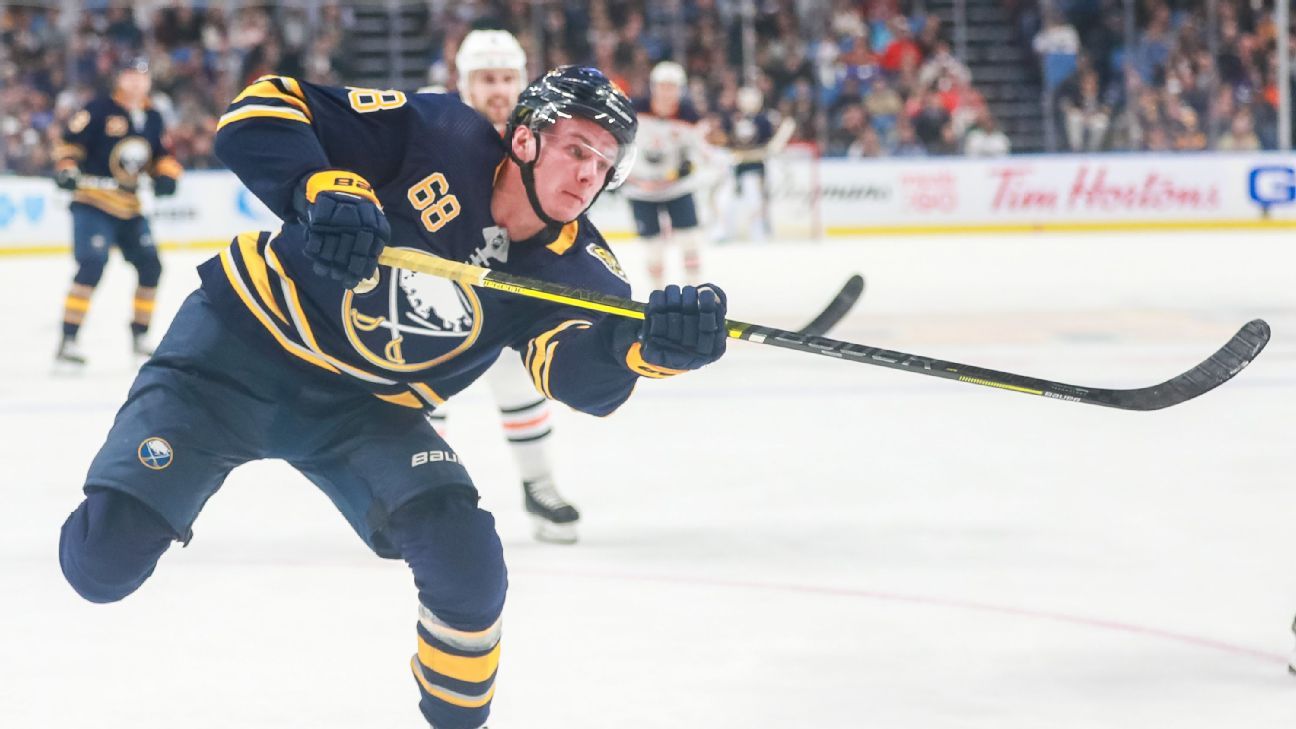 Olofsson was a restricted free agent and coming off a season in which he finished seventh in the Calder Cup vote for rookie of the year honors. He was selected to the NHL’s All-Rookie team and had a chance to finish higher in the Calder voting if not for missing 15 games with a lower body injury.

Olofsson, 25, finished third on the team with 20 goals and 42 points in 54 games. Olofsson most notably set an NHL record in becoming the first player to score his first seven goals on the power play. He was scheduled to have an arbitration hearing on Nov. 4.

Selected by Buffalo on the seventh round of the 2014 draft, Olofsson was a late bloomer, spending four seasons developing in the Swedish Elite League before making the jump to North America in 2018 to play with Buffalo’s AHL affiliate in Rochester.

The Sabres have also locked up their two other arbitration-eligible restricted free agents before their hearings were scheduled this week. Forward Sam Reinhart on Sunday signed a one-year, $5.2 million contract, and goalie Linus Ullmark reached a one-year deal worth $2.6 million.

The Sabres are in the midst of a nine-year playoff drought, the NHL’s longest active streak and one year from matching a league record.