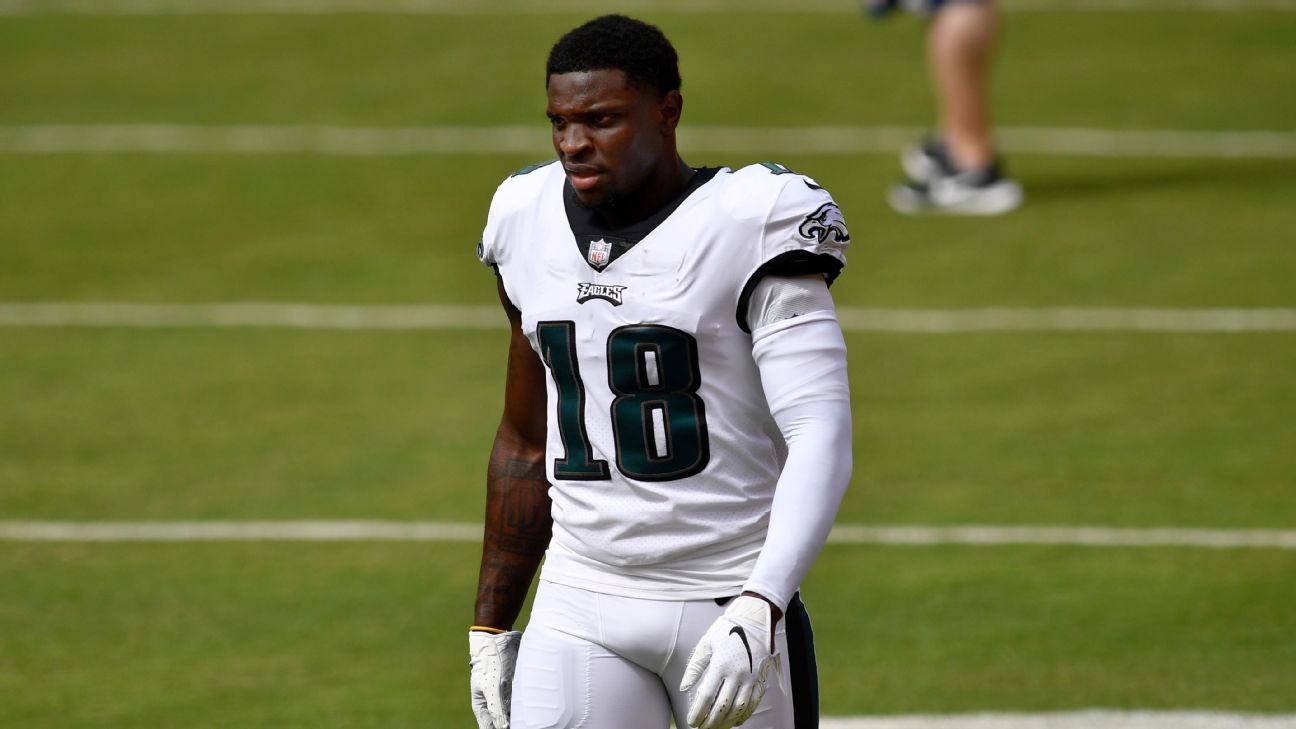 Philadelphia Eagles rookie wide receiver Jalen Reagor has been medically cleared to return from a UCL tear in his thumb and is expected to play Sunday night barring a setback, according to a league source, who confirmed local reports on Reagor’s status.

Reagor was injured in the Eagles’ Week 2 loss to the Los Angeles Rams and was placed on injured reserve following surgery on the thumb. The Eagles activated the 21-day window for Reagor to return on Monday and he has practiced all week without incident.

Reagor, the team’s first-round pick out of TCU, had five catches for 96 yards before getting hurt.

The Eagles also activated the practice window for tight end Dallas Goedert, who has been sidelined since Week 3 with a small fracture in his tibia and a high ankle sprain. Goedert said they are “taking it slow,” as he reacclimates to practice and did not commit to playing Sunday.

Running back Miles Sanders [knee] has not practiced all week and is in jeopardy of missing his second straight game.