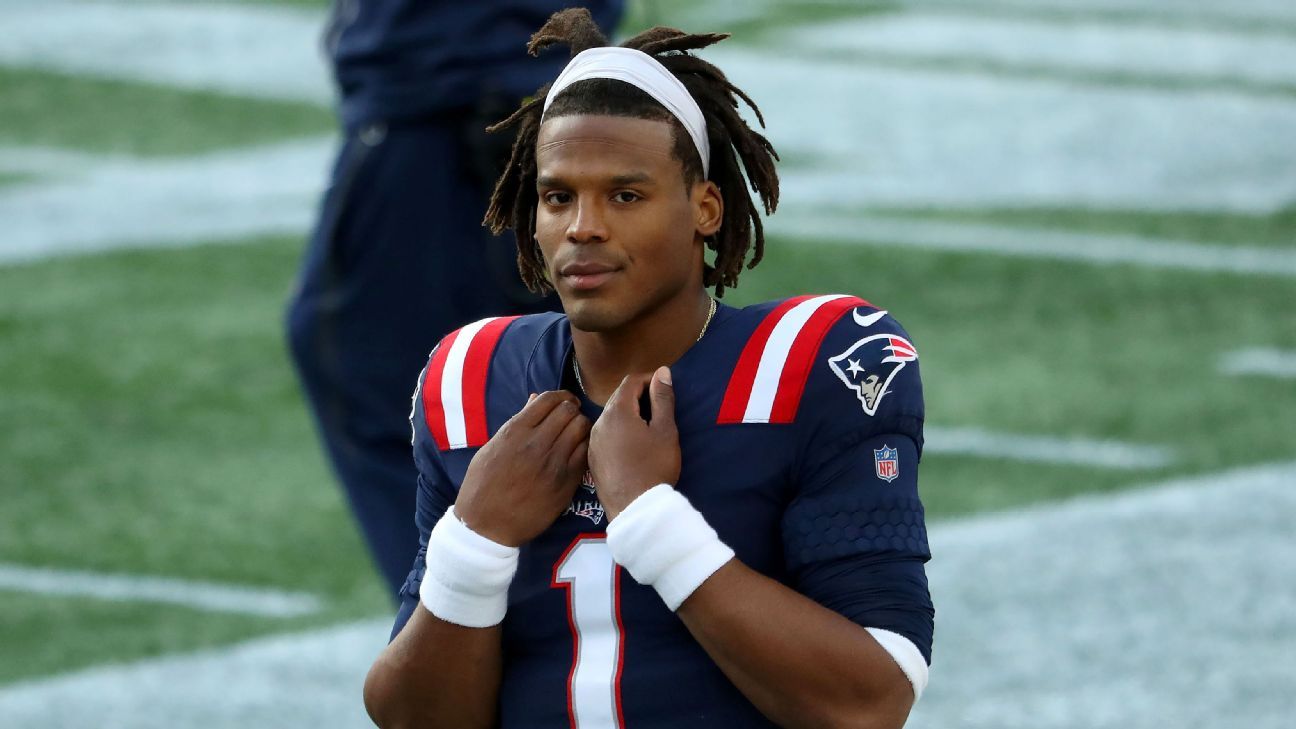 “This is a must-win for us, and I’m going to control the things that I can control. I have two or three more days to prepare and that’s what I plan on doing,” Newton said Thursday.

With the NFL trade deadline on Tuesday, Newton was asked if the team might look different should the game not go the way the Patriots hope.

“Listen man, good vibes, good energies, you have to speak things into existence. I refute [that thought],” he said. “My main focus is to play a better version of what I’ve been playing lately — protecting the football. That’s the key to victory.”

In New England, Newton has acknowledged his own struggles, as his 15.3 Total QBR in his past three starts is the worst among qualified NFL quarterbacks over that span, according to ESPN Stats & Information. He missed the team’s Week 4 loss to the Kansas City Chiefs after testing positive for the coronavirus.

Asked what he has learned most over the past few weeks, Newton said: “Losing is not acceptable in this locker room, in this county, in this state, in this area, in this region. So, Cameron Newton, you need to pick your expletive up. That’s what I’ve learned.”

He has been especially hard on himself, acknowledging that he’s playing for his job.

“When you’re trash, and when you put on performances like I did the past week, anybody can start talking to you — from the whisperers and the chirpers,” he said.