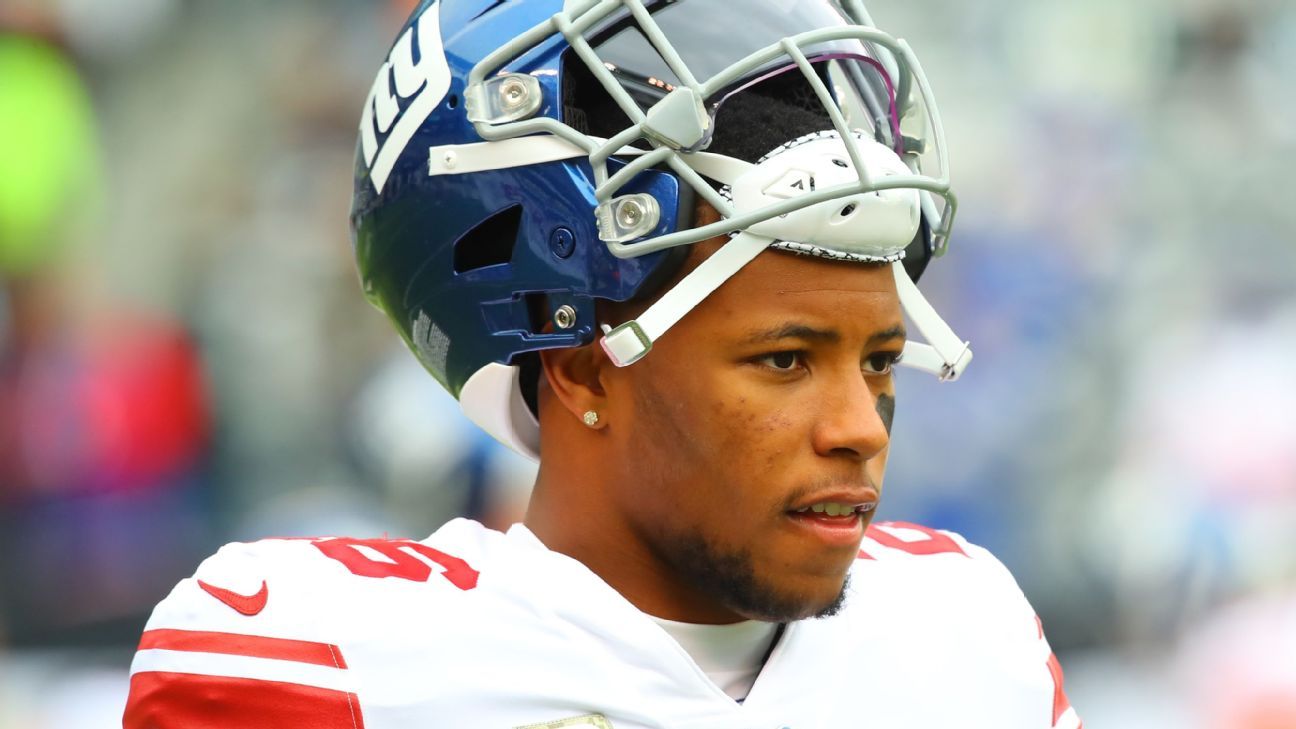 “Surgery was a success,” Barkley’s mother, Tonya Johnson, wrote in an Instagram post that included a picture of her son in a hospital bed.

Barkley is expected to make a full recovery and, with almost 11 months to get back to full strength, be ready for the start of next season. The surgery took place 40 days after the injury occurred in a Week 2 loss to the Chicago Bears.

The procedure Friday was expected to reconstruct the ACL and repair the meniscus in his right knee. Barkley also injured his MCL, but that was not believed to need surgical repair.

Looks as if “surgery was a success”for Saquon Barkley. #Giants

Barkley and the Giants were waiting for the swelling to ease before having the surgery. This isn’t uncommon when there is also some sort of MCL damage. It also provided Barkley an opportunity to strengthen the knee before the operation.

Still, Barkley had to work around Dr. Neal ElAttrache’s busy schedule. ElAttrache, the surgeon and team physician for the Los Angeles Dodgers and Los Angeles Rams, was in the World Series bubble up until earlier this week.

The Dodgers clinched the championship on Wednesday night.

Barkley was hurt on Sept. 20 in Chicago. He was running toward the sideline when Bears safety Eddie Jackson tackled him. Barkley grabbed at the knee as he was headed to the ground.

Barkley was helped off the field and later carted to the locker room. He had four rushes for 28 yards before exiting. His season ended with 19 rushes for 34 yards and no touchdowns.

It was the second straight injury-ravaged season for the No. 2 overall pick in the 2018 NFL draft. Barkley played 13 games and just barely topped 1,000 yards rushing last year as he dealt with a pesky high ankle sprain after winning Offensive Rookie of the Year in 2018.

Barkley remained around the team the past month despite being placed on injured reserve. He was present in meetings and even traveled with the team to road games in Los Angeles and Philadelphia.

Coach Joe Judge credited his leadership as a reason. Barkley was voted one of the team’s offensive captains earlier this year. A teammate told ESPN that Barkley was still being himself and “inspiring” despite the injury stripping him of the ability to contribute on the field.

Barkley did make news last week when he was among a group of Giants and their friends who were seen on video in public not wearing face masks or properly social distancing. Barkley was riding a bicycle in the Instagram videos that were since deleted, at one point dancing while popping a wheelie.

Judge said the situation would be handled internally.

“I’m not going to comment on anything specific on that. Saquon is out in L.A. readying for surgery,” Judge said earlier this week. “Actually, riding a stationary bike has been part of his rehab prepping for surgery. In terms of Saquon and where he’s at, I know he’s getting ready for the surgery right now. Obviously, our thoughts and prayers are with him.”