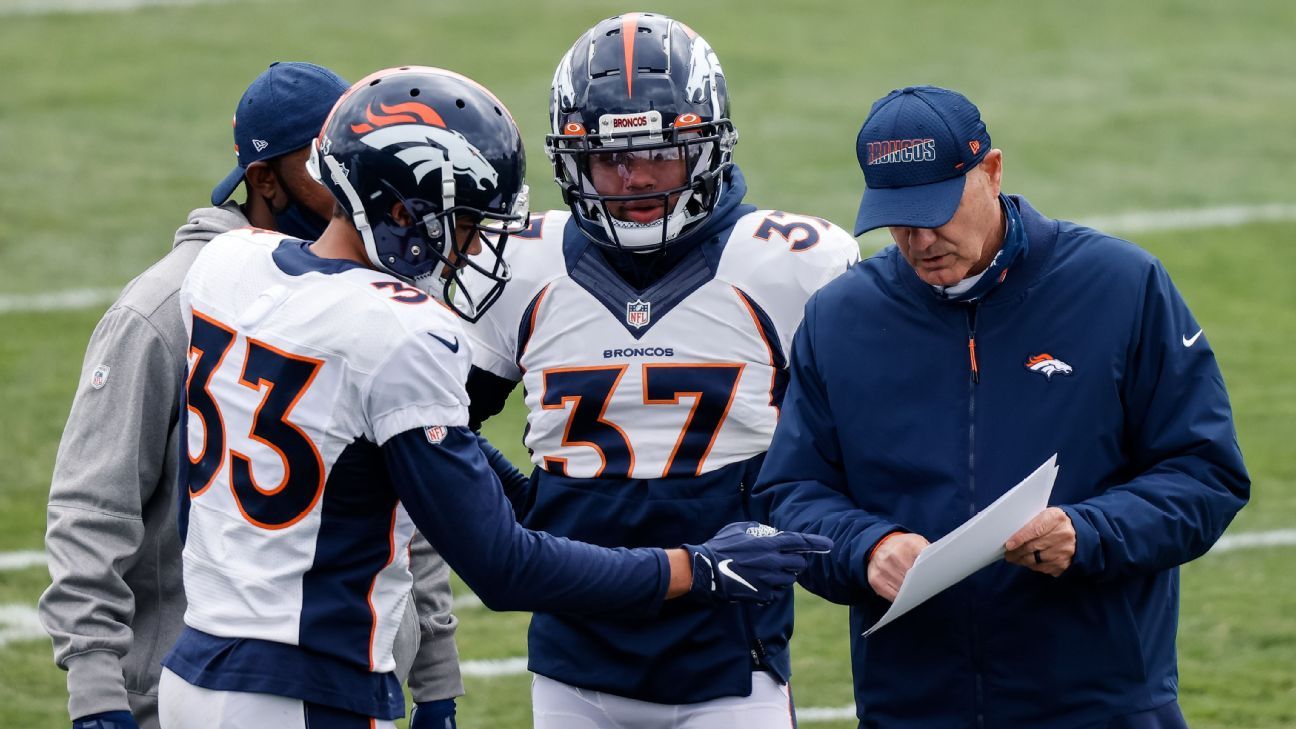 The Denver Broncos will be without defensive coordinator Ed Donatell on Sunday because of COVID-19 protocol, the team announced.

Donatell feels good enough to coach Sunday against the Los Angeles Chargers, but won’t, the source said. Broncos head coach Vic Fangio will continue to call the defense, just without his top deputy.

In addition, the Broncos will be without offensive line coach Mike Munchak, who also was under COVID-19 protocols when the week began.

Broncos guard Graham Glasgow tested positive for the virus and was moved to the reserve/COVID-19 list earlier this week. On Saturday, tackle Demar Dotson and guard Austin Schlottmann were cleared to start in Sunday’s game against the Chargers after consecutive negative tests.

Fangio elected to keep the players away from the team’s complex Friday as a precaution, and the Broncos did not practice.