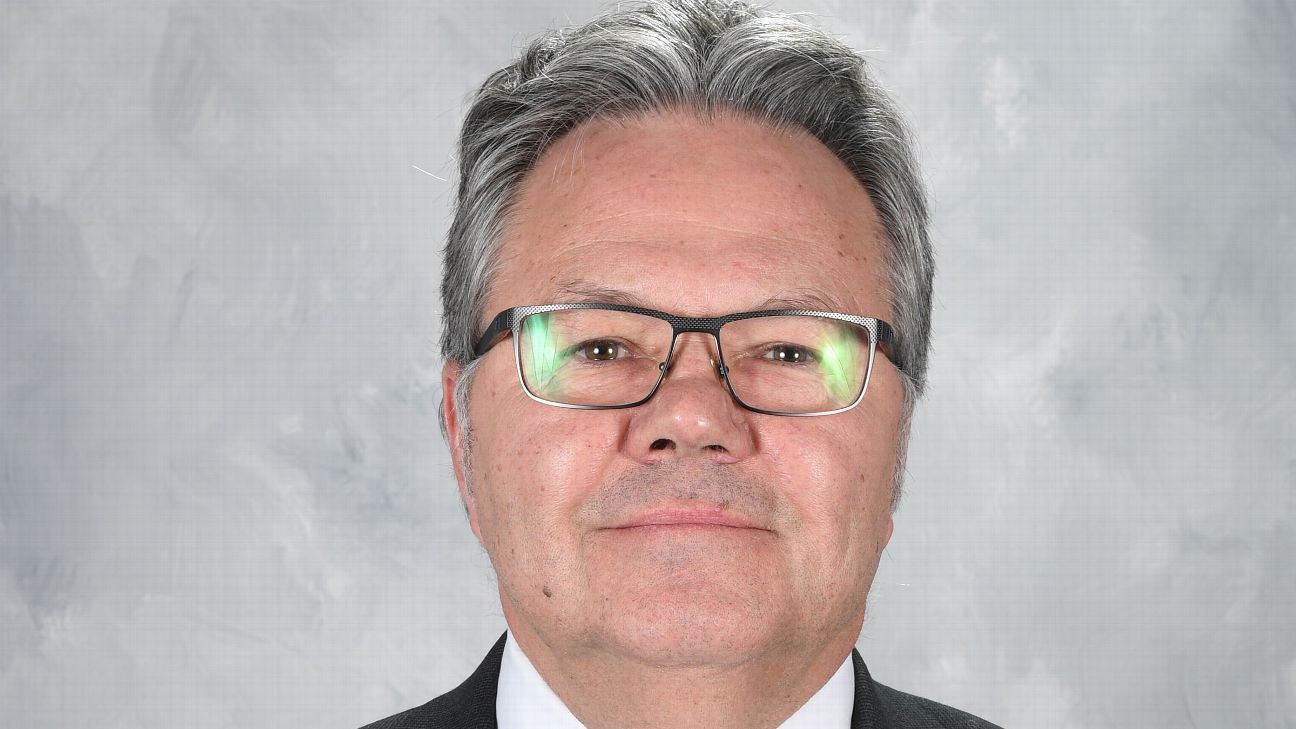 Golden Knights general manager Kelly McCrimmon was behind the bench for Tuesday’s game against the St. Louis Blues while the Vegas coaching staff is self-isolating “out of an abundance of caution,” according to the team.

According to sources, there was at least one positive COVID-19 test on the coaching staff, and because of close contact, isolation is necessary.

The league has yet to determine how long the staff must stay away from the team.

Along with McCrimmon, members of the Henderson Silver Knights coaching staff — Vegas’ AHL affiliate — were also behind the bench Tuesday. The Silver Knights are in their first season as an AHL team; they are headquartered in a suburb of Las Vegas.

Golden Knights coach Peter DeBoer conducted media availability, as normal, with reporters on Tuesday morning. Vegas has started the season 5-1, the best record in the league.

McCrimmon previously coached the Western Hockey League’s Brandon Wheat Kings, including leading the team to a WHL championship in 2016.

Tuesday’s game marked the first of a two-game homestand for the Golden Knights against the Blues. It was also defenseman Alex Pietrangelo‘s first game against his former team. Pietrangelo was captain of the Blues before he left in free agency this past offseason.