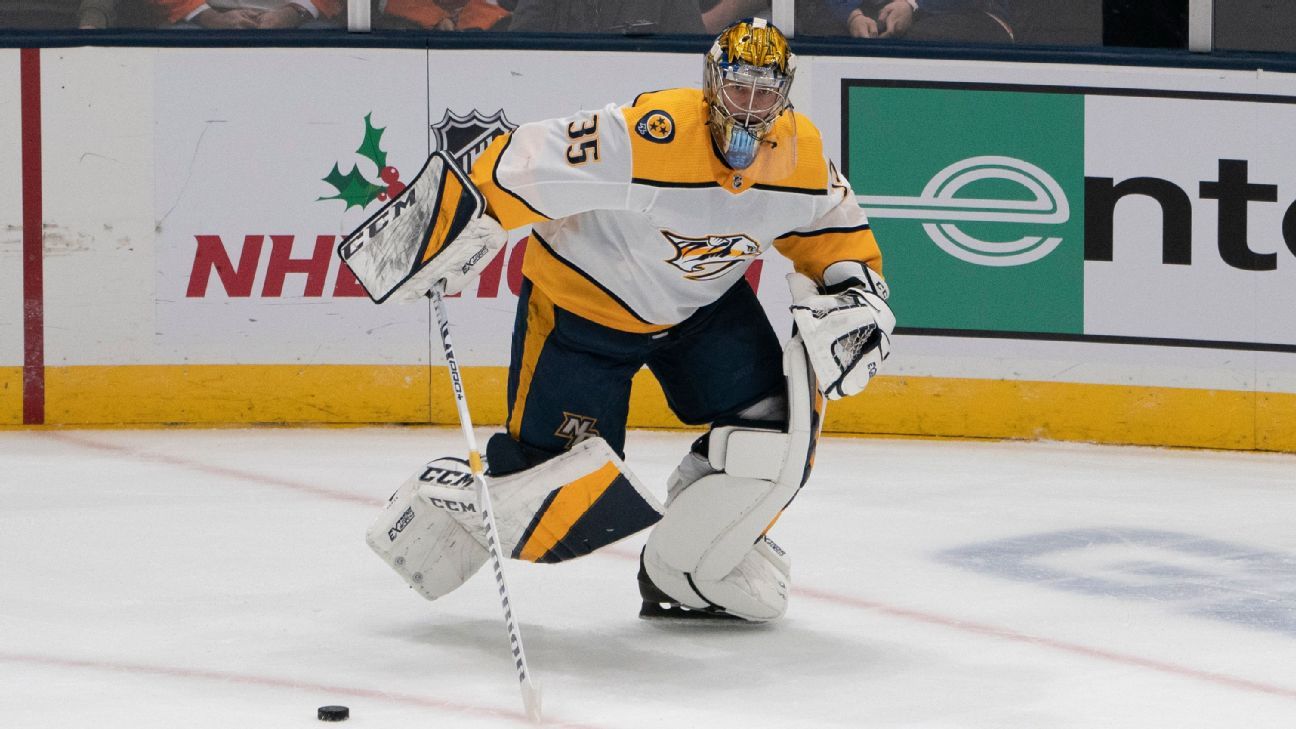 Eight hundred and seventeen goalies have appeared in a National Hockey League game since the 1917-18 season, from George Abbott to Rob Zepp. Many of them have tried to accomplish one of professional sports’ most exhilarating but rare feats. But to date, only seven of them have done it: a goaltender scoring a goal, on their own shot attempt, from the other end of the ice.

There have been 15 goals credited to 12 goalies in NHL history, beginning with Billy Smith of the New York Islanders in Nov. 1979. Seven of them were scored like Smith’s was: The goalie was credited with a goal because they were the last player to touch the puck before an opposing player accidentally put the puck into their own empty net.

The other eight goals, however, were scored when a goaltender shot the puck from around his own crease into the opposing empty net, typically around 180 feet away. It’s a feat of skill that, frankly, goes against the central programming of the position.

“When goalies are growing up and practicing, they’re not trying to score a goal,” said former NHL goalie Evgeni Nabokov, who scored on a shot for the San Jose Sharks in 2002. “Because your primary job is to stop the puck, you know?”

Former New Jersey Devils goalie Martin Brodeur leads all NHL goaltenders with three goals scored in his Hall of Fame career, including one he shot into his opponents’ net in 1997.

“You have to be strong enough to shoot the puck over everybody’s head and into the net,” he said. “It’s a little bit like a quarterback trying to throw a Hail Mary. You have to get through those windows of players in front of you before [the puck] can end up where you need it to go.”

Some goalies view scoring goals as a science. Others see it as absolute, unrepeatable luck. But those who have scored goals on shots say there are rules and techniques that have to be followed for them to happen. And they all have their theories on why the NHL hasn’t seen more of them.

Jump to:
Hextall | Brodeur | Theodore
When to try it | How to do it
Why not more?