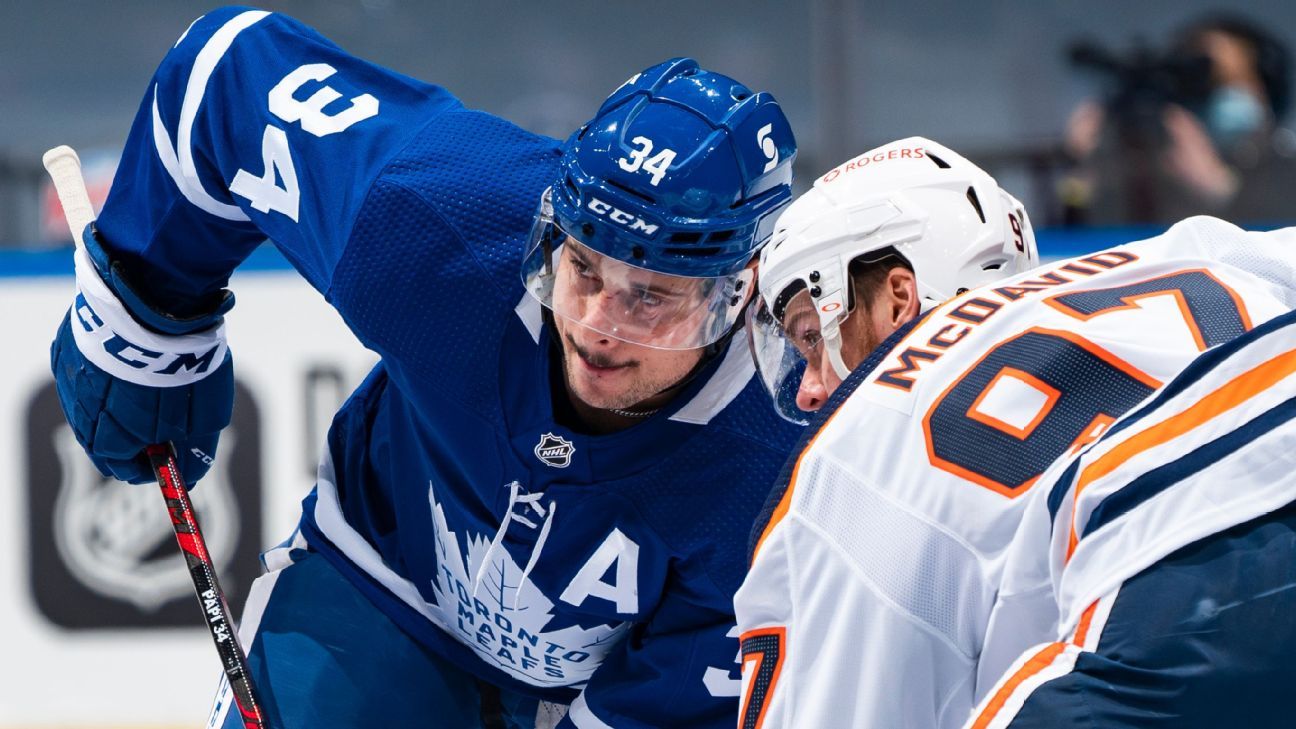 In our monthly canvassing of NHL awards voters, one thing has become increasingly clear: We need a little FOMO, right this very minute.

As we mentioned in the last NHL Awards Watch, the NHL’s temporary realignment — in which teams play only opponents within their divisions and no one else — has put blinders on a lot of the media members who cast ballots. Like, even more than usual.

Or as one Professional Hockey Writers Association (PHWA) voter put it: “I’m dreading the awards voting this year. Only really been watching one division.”

So we need that FOMO to kick in. We know voters are watching Connor McDavid and Auston Matthews, or at least catching up with the incredible highlights of their latest exploits. As the season progresses, we need them to fear missing out on watching Patrick Kane and Kevin Lankinen power the Chicago Blackhawks, or Charlie McAvoy steadying the Boston Bruins‘ blue line, or any rookie skater not named Kirill Kaprizov.

We’re confident this will happen. But if it doesn’t? I guess we’ll offer our early congratulations to everyone in the All-Canadian Division on their awards wins …

Here’s the NHL Awards Watch for March. This is informed speculation, taken from conversations around hockey and with voters, regarding the current contenders for each award. Keep in mind that the PHWA votes for the Hart, Norris, Calder, Selke and Lady Byng; broadcasters vote for the Jack Adams; and general managers handle the Vezina. Also keep in mind the “You gotta be in it to win it” protocol for the Hart and the Jack Adams, although it’s still a little early for that standard to be applied.