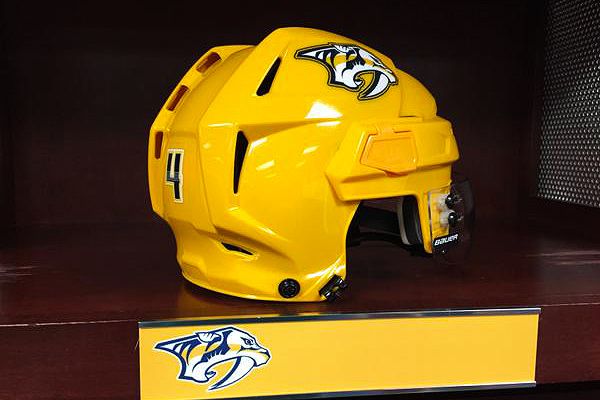 The Predators, who have won four of five, made the moves Tuesday afternoon after the trio didn’t take part in the morning skate before a game against Carolina.

At 5 minutes, 15 seconds of the first, Saros skated behind the Nashville net to play the puck. As Niederreiter skated through, they collided head-to-head. Niederreiter was assessed a minor penalty for roughing on the play.

Saros finished the first period but was replaced by Pekka Rinne to start the second.

“The ref called a penalty,” Predators coach John Hynes said. “It was a hit to the head; we’ll have to see where it goes from there. There’s not much more to comment on it. What we all saw was what happened.”

Ellis will be out up to six weeks with an upper-body injury. The defenseman hadn’t missed any of Nashville’s first 21 games and trails only Filip Forsberg and Roman Josi for scoring with nine points. Ellis played 26 minutes, 8 seconds in the Predators’ 3-1 win over Columbus on Sunday.

Kunin is expected to miss two to four weeks with a lower-body injury. He has played 17 games and has two goals and three assists.

The center has been back only four games after an upper-body injury Feb. 4 against Florida. Johansen has only five assists and has yet to score a goal this season.