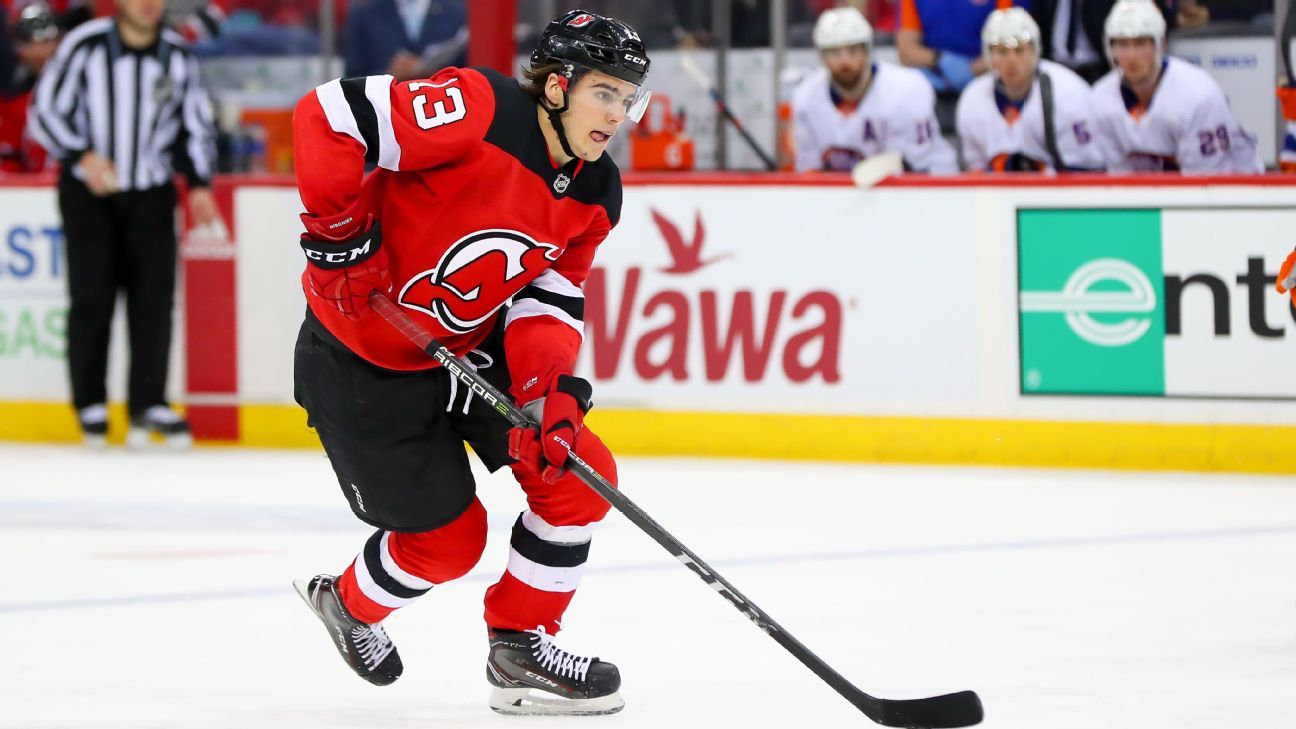 NEWARK, N.J. — New Jersey Devils captain Nico Hischier broke his nose and sustained a concussion when he was hit in the shield of his helmet by a shot last weekend.

The Devils said Thursday they placed the 22-year-old Swiss center on injured reserve retroactive to Feb. 27. He is being listed as week to week.

Hischier was hurt in the third period against the Washington Capitals on Saturday when a puck that was deflected pushed the shield hard into his face.

Coach Lindy Ruff has reserved comment when asked about the injury in recent days. Hours before their game against the rival Rangers at the Prudential Center, the team said Hischier has a sinus fracture and is currently in concussion protocol.

Forward Janne Kuokkanen was recalled from the practice squad.

The No. 1 overall pick in the 2017 NHL draft, Hischier was named the Devils’ captain on Feb. 20, the day he returned to the lineup after missing first 11 games with a leg injury.

The Devils had not had a captain since Andy Greene was dealt to the New York Islanders last February.

At 22 years and 47 days old, Hischier is the youngest captain currently in the NHL.