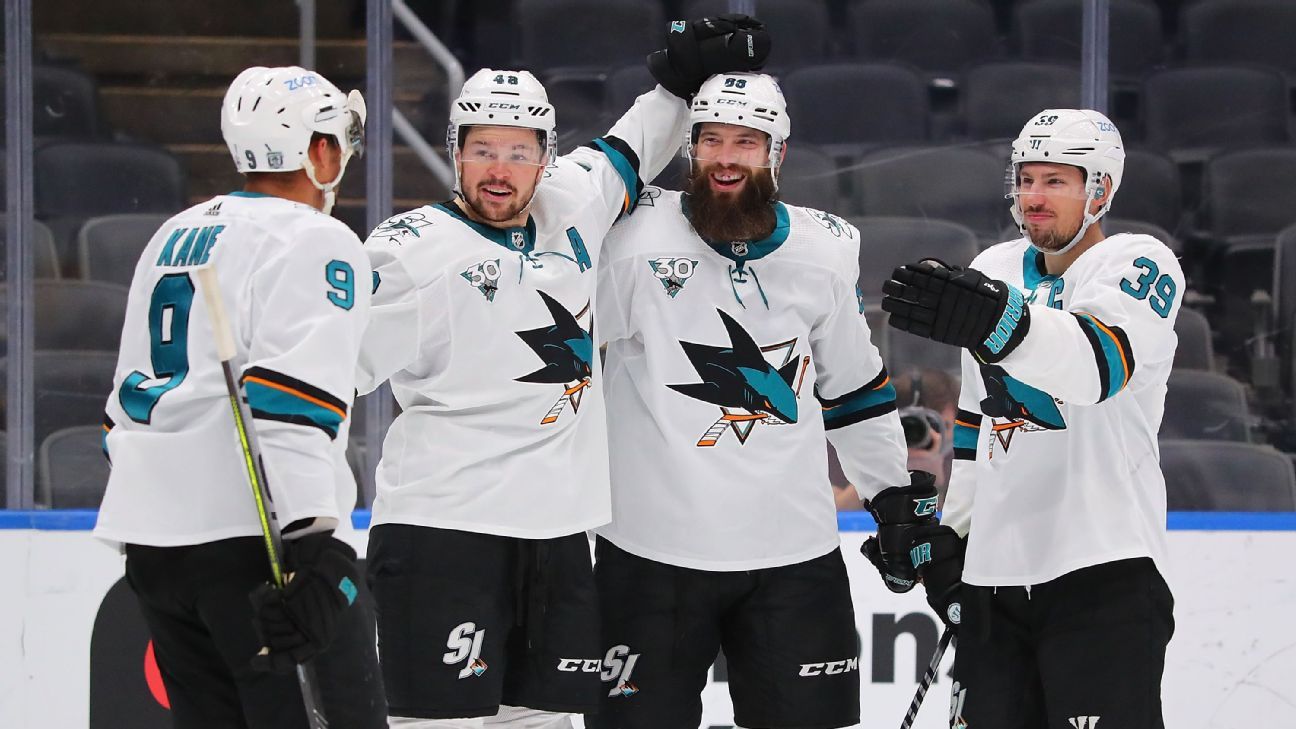 Logan Couture loves the new schedule format the NHL is using for the 2021 season.

“I’m a fan. I think there are going to be a lot of guys that are fans of it,” he said. “Certain players have been pulling for this for years.”

This season’s schedule was created out of necessity during the COVID pandemic. The NHL realigned its teams and eliminated games between divisions in an effort to reduce travel. It’s a way to cut down on risk of infection … and a way to cut down on costs, as the league prepares to lose over a billion dollars this season, according to commissioner Gary Bettman’s estimates.

The revamped schedule included a novel concept for the NHL, although it had been used in minor leagues for years: Two-game sets between teams, in which one team hosts the same road team for consecutive games in their arena.

Many of the Stanley Cup Playoffs’ singular joys come from teams playing each other in consecutive games. There’s the line-matching chess game between coaches. There are the stops and starts of momentum. And, most of all, there’s the escalating animosity between the players.

Consecutive games against the same foe happen infrequently in a traditional regular season. “It’s not very often you play a team twice in a row. That’s been a major difference this season, compared to any other years,” said Vancouver Canucks coach Travis Green, whose team played home-and-home series against the same opponent just three times in the previous two seasons.

This season? Vancouver has played six two-game sets; three three-game sets, against Montreal, Ottawa and Toronto; and one four-game set against the Flames, with three games in Calgary and the final one back in Vancouver.

Through Monday, there were 135 instances this season in which the same two teams played in the same arena in consecutive games.

Has the new schedule impacted the way these games are played? The evidence suggests it has.