The Raptors opted to keep the best player in franchise history beyond the NBA trade deadline on Thursday, despite his impending free agency and reported leaguewide interest.

In 2013, with Masai Ujiri’s Raptors set on tanking for a chance to draft Canadian Andrew Wiggins, Lowry was reportedly nearly sent to New York before Knicks owner James Dolan vetoed the trade, having been fleeced by Ujiri twice previously.

In 2017 free agency, there were multiple reports stating a dissatisfied Lowry was exploring his options to leave Toronto. He wound up with a three-year, $100 million US contract from the Raptors.

Now, in 2021, amid rumours of a trade in the middle of a lost season being played out in Tampa Bay due to the pandemic, Lowry, yet again, remains a Raptor.

The first time, the Raptors went on a surprising run all the way to Game 7 of the first round, when a Lowry shot was blocked by Paul Pierce in the dying seconds. The team hasn’t missed the playoffs since.

Then, two seasons into the three-year deal Lowry signed in 2017, the Raptors won the NBA championship.

You could say everything worked out.

And while the Powell deal is a significant one, the biggest move Raptors president Masai Ujiri and general manager Bobby Webster made was holding Lowry. 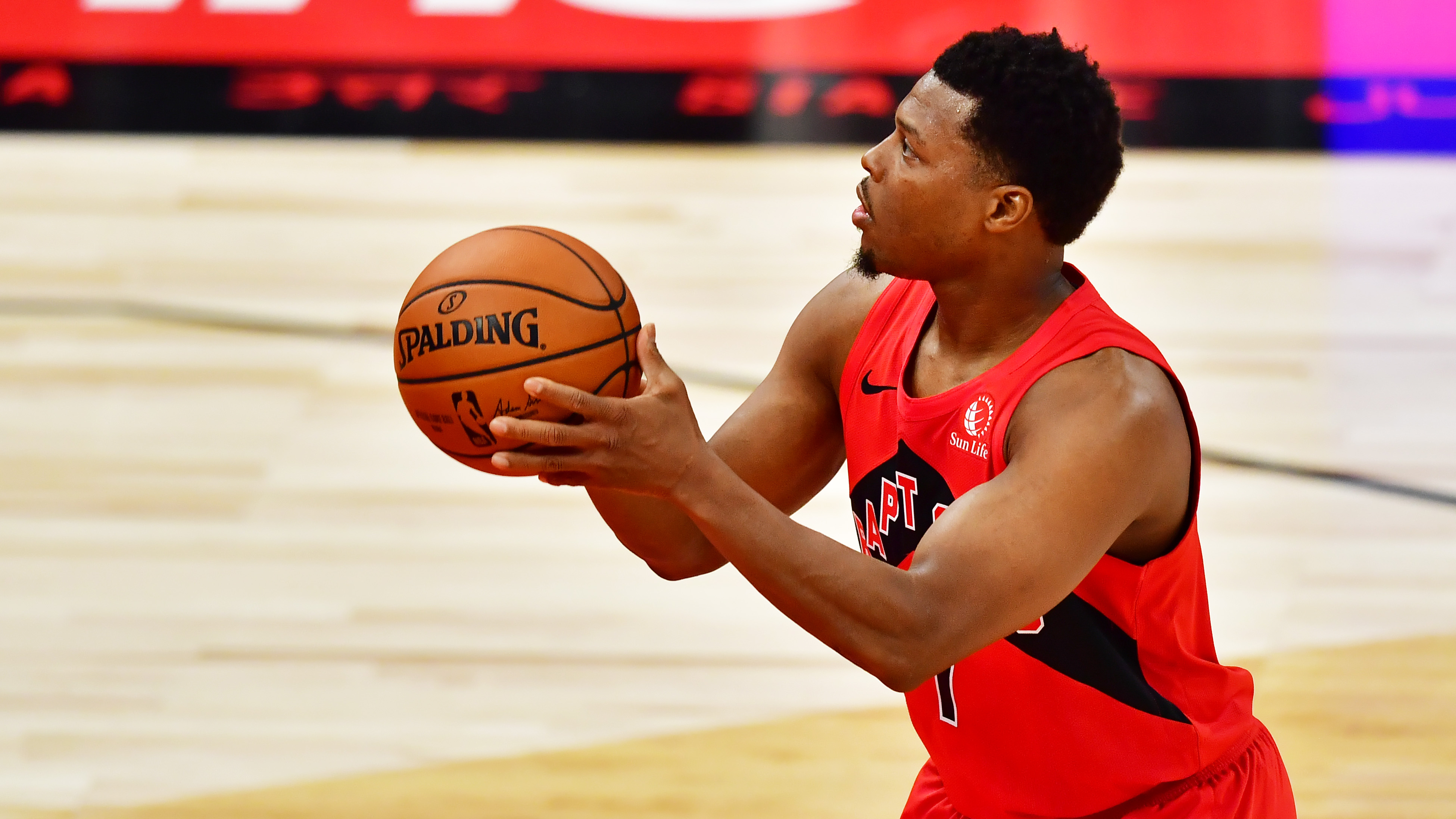 The Raptors are decidedly not contenders to win the 2021 title, and with Lowry’s career on the back nine he may prefer to play for a team with realistic hopes of lifting the Larry O’Brien Trophy.

There were reportedly three teams in the running for Lowry: his hometown Philadelphia 76ers, the Miami Heat and the Los Angeles Lakers. Apparently, none made an offer good enough for Toronto to take.

Outsized meaning to the franchise

Toronto required the young assets and draft picks in return for Lowry to make the re-tooling process around Fred VanVleet, Pascal Siakam and OG Anunoby a smooth one.

With reports the Heat were unwilling to include 2020 playoff star Tyler Herro, the Lakers balking at dealing prospect Talen Horton-Tucker and the 76ers lacking anyone on that level, there was no deal to be had.

To trade your six-time all-star, the man who opened the title-clinching game with an 11-2 run, the player who sparked the greatest run of success in franchise history, requires more thought than your average deadline rental.

Lowry represents We The North, and trading him is not a direct asset play. The intangibles that make him the player he is walk out the door, too.

“I’m not the tallest, I’m not the most athletic, I’m not the fanciest, but I play hard. It’s gotten me a long way, playing hard… I won’t regret anything I’ve done because I’ve played my butt off,” Lowry recently said.

The 2019 title team famously boasted zero top-14 picks, the first champions to ever carry that descriptor.

To turn around and trade the heart-and-soul of that team in hopes of landing such a player seems almost antithetical to Raptors basketball.

“I think we’ll talk about [Lowry’s long-term future] when the time comes at the end of the season,” Ujiri said on Thursday. “But we all know the respect and the sentiment about Kyle and this ball club, and what he’s done not only for the city, the team, the country, the league. I think he signifies plenty.”

Meanwhile, the argument to have traded Lowry, no matter what, is a cold-blooded, but logical one: he could leave you for nothing in the off-season, so get what you can now.

Lowry enters unrestricted free agency after the season, and will certainly have suitors lined up for his services, although not many teams project to have the required space under the salary cap.

When he finishes the season a Raptor, Toronto will retain Lowry’s Bird rights, meaning it can exceed the salary cap to re-sign the player. It would also have the option to sign Lowry under that circumstance, then trade him to his desired team, thus opening up more possibilities for the 35-year-old while Toronto gains the benefit of not having its icon leave for nothing.

Maybe Lowry chooses to re-sign with the Raptors, anyway.

If that happens, the team would be committed to its current core, one that went to Game 7 of the second round last season, albeit with two above-average centres compared to none now.

In this season from hell in Florida, the Raptors began 2-8 before going on a 15-9 run to return to .500. That’s when the coronavirus struck, sending the team spiralling into a nine-game losing streak, which it snapped on Wednesday.

Which is the more accurate depiction of the team: this season or last?

In the end, too many factors pushed the Raptors against simply dealing Lowry for whatever they could get.

Even amid a lost season, you don’t just throw your captain overboard for a couple life jackets.

The Raptors, for now, will sink or swim with Lowry. But they’ve been stuck together before.