A day after they decided to hold onto to leader Kyle Lowry at the tumultuous trade deadline, the Toronto Raptors lost two more players to COVID-19, and continue to search for ways to win.

This season has been a roller-coaster for the Raptors, and it continued on Friday with a 104-100 decision to the Phoenix Suns, their 10th defeat in their last 11 games.

Lowry had 11 points to go with six assists and five rebounds, and afterward reflected on the emotional trade deadline.

“It was a crazy day, there were things that were being said and told and operated on, but at the end of the day everything happens for a reason, right?” he said. “And I think they felt I was valuable to be here and to be a part of this franchise for a long time. I think that was a big thing, they valued me here.” 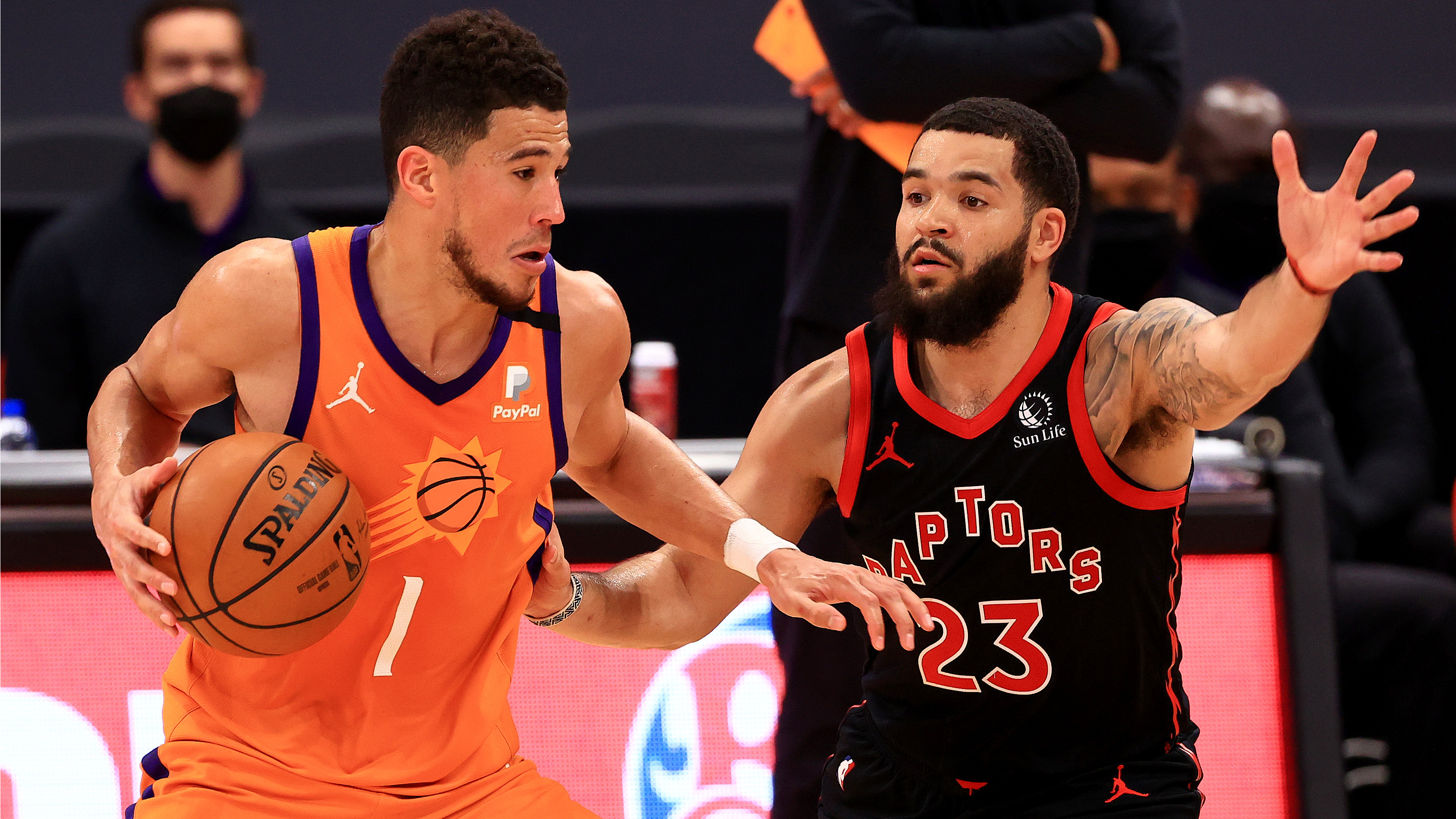 The loss came a day after the Raptors traded Norman Powell to Portland for Trent and Rodney Hood — and didn’t trade Lowry after swirling rumours that had Raptors fans scared.

COVID-19 issues continue to hamper the Raptors. DeAndre’ Bembry and Paul Watson missed Friday’s game due to health and safety protocols. The Raptors had already lost five players, including VanVleet, Siakam and Anunoby, for nearly three weeks which saw them nosedive in a nine-game losing skid.

The Raptors, who are 11th in the Eastern Conference, finally snapped that streak with a 135-111 rout of Denver on Wednesday.

The Raptors kept it close for much of the night Friday but trailed by 14 by midway through the third quarter. The Raptors battled back over the final four minutes, digging in on the defensive end, and, when VanVleet nailed a three-pointer, it was a four-point game with 3:14 to play.

VanVleet slashed to the hoop for a layup with 36. 2 left to cut the difference to two, but Devin Booker’s pair of free throws with 2.2 to play clinched the victory for the Suns, who are 29-14 and second in the Western Conference.

“Hell of a fight back,” coach Nick Nurse said. “It was unfortunate they finished the game at the line, again on a sweep through by Paul and an offensive rebounding play as well.”

Despite the Suns shooting 63.2 per cent in the first quarter, the Raptors trailed just 29-28 to start the second.

The Suns went up by eight, but a wild Lowry three-pointer that bounced high up above the rim before dropping through the hoop was part of a 14-2 run that gave Toronto a four-point lead.

Nurse was pleased with Trent’s debut.

“Obviously it’s difficult to come in, fly in at night and join a team and play, and play against one of the best teams in the league,” Nurse said. “I liked his aggression on defence most of all, he’ll learn what we’re doing, and I thought he had some really good possessions defensively, he was aggressive and executed the stuff we asked him to execute at a super high level, so that’s a great thing to see.”

Lowry also had kind words for the newcomer.

Trent Jr., followed in his dad’s footsteps to Toronto — the identical stats between father and son are uncanny. Both were 41 games into seasons with Portland, both in their third seasons in the league, when they were both traded to Toronto, 23 years apart.

“It’s surreal. It’s crazy. You can’t put it into words,” said Trent Jr., who wears the same No. 33 his dad did. “When I seen the stat, my dad actually sent it to me, it was wild. Stuff you can’t put into words.

“It almost seems like it was written already, in a sense. It was destined to happen, it was supposed to happen.”

Trent Jr. said he was excited to join the Raptors, and it goes beyond what happens on the floor.

“Even to play for a championship organization, what they stand for, who they are, whether it’s bringing in an NBA championship or being one of the first teams to speak on social justice issues,” he said.

“Whether it’s putting a Black Lives Matter sticker on their bus, being in the front of that, pushing that, being one of the first teams. The championship mentality as a whole, what they stand for, who they are, the front office, the players, it’s really [good] to be around good people.”

The Raptors gave up a fan favourite in Powell, who scored 22 points in his Trail Blazers debut Friday, a win over the Orlando Magic.

“The thing I’m gonna miss most, just the city,” Powell said from Orlando. “Toronto was the start of everything. Truly embraced who I am as a player. All the memories, all the connections and relationships I created over my time there in the organization.”

Powell will be back on Sunday when the Raptors host Portland.