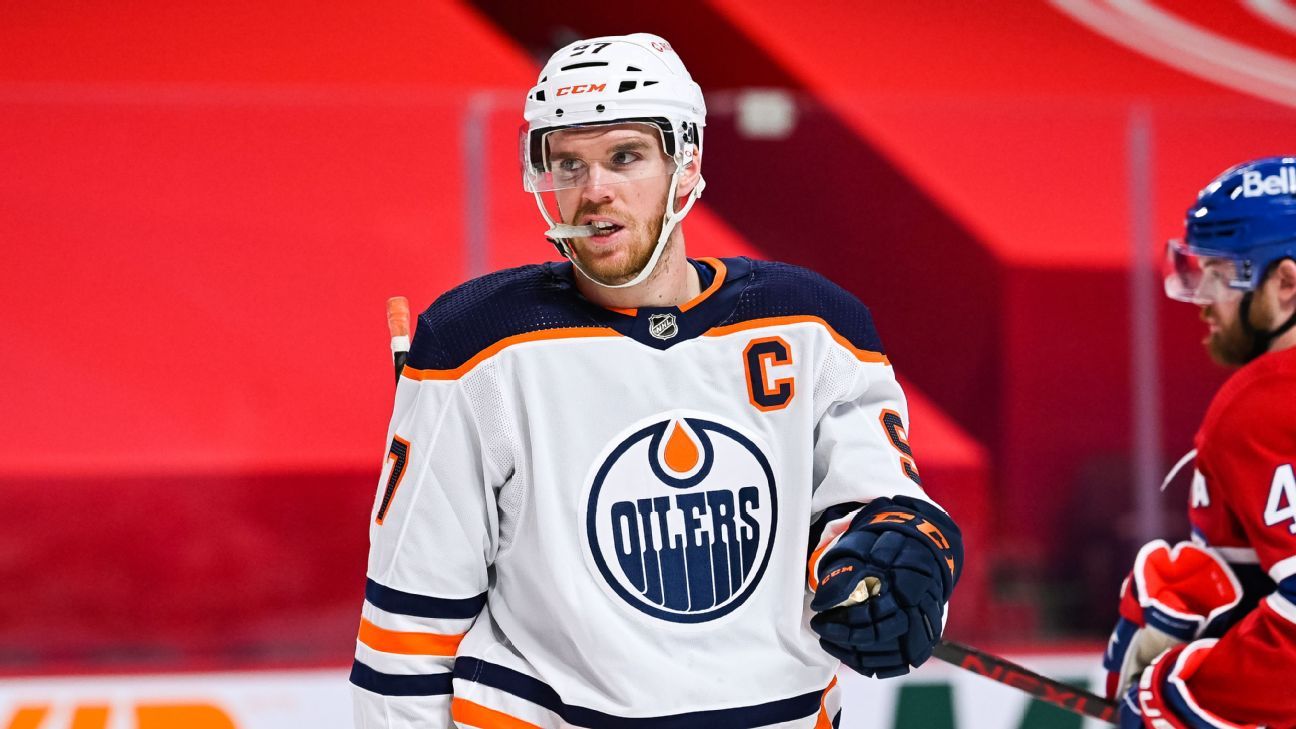 Ever since the NHL realigned its teams into four new divisions and decided to have those teams play each other for just 56 games, there’s been a lingering question about how this format would impact NHL Awards voting.

(All due respect to the writers and broadcasters covering the North Division, but we imagine you haven’t caught many Florida games this season while watching Oilers vs. Leafs for the seventh time …)

This week, we gained some clarity on that question: The Profession Hockey Writers Association announced a “single-season adjustment” to its voting process.

“This season’s divisional realignment created an unprecedented disparity in divisional representation that needed to be rectified to ensure a more equitable delegation. As such, the PHWA’s Executive Board unanimously moved to better balance the voting bloc by selecting 20 voters from each division, plus 20 at-large voters, for a total of 100 voters,” the PHWA said in a statement.

Essentially, instead of 155 members voting on the awards, it will be 100 voters split up by the four divisions and at-large members — the latter category is where you’ll find yours truly and Emily Kaplan.

It’s a necessary recalibration to balance the voting as best we can. Otherwise, it would have been 82 voters from the North Division stuffing the ballot box. And we can’t have that, can we?

Here’s the NHL Awards Watch for April. This is informed speculation, taken from conversations around hockey and with voters, regarding the current contenders for each award. Keep in mind that the PHWA votes for the Hart, Norris, Calder, Selke and Lady Byng; broadcasters vote for the Jack Adams; and general managers handle the Vezina. Also keep in mind the unofficial “you gotta be in it to win it” protocol for the Hart and the Jack Adams.