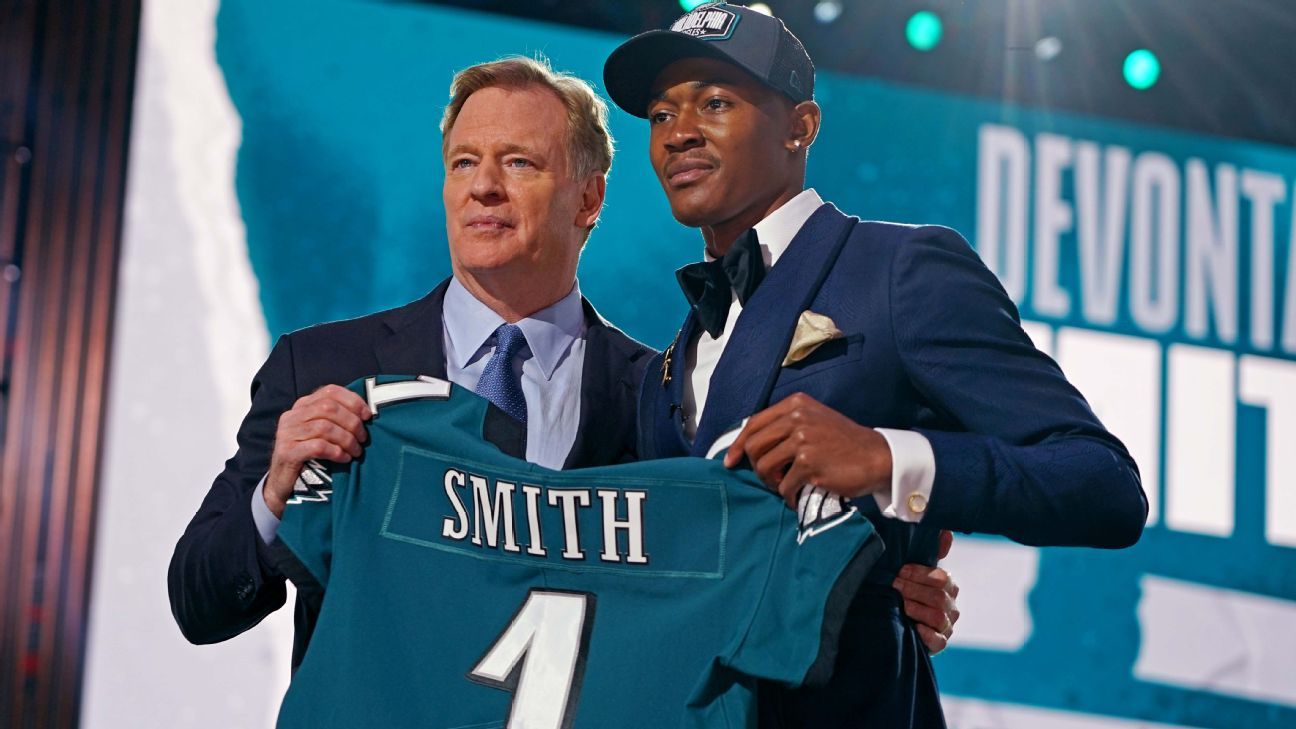 NFL teams selected a record 65 players from SEC schools during the 2021 NFL draft, continuing the conference’s dominance over the three-day event.

This year’s SEC haul included six of the first 10 picks and 12 of the 32 players selected in the first round. They included Florida tight end Kyle Pitts at No. 4 (Atlanta Falcons); LSU wide receiver Ja’Marr Chase at No. 5 (Cincinnati Bengals); and Alabama wideout Jaylen Waddle at No. 6 (Miami Dolphins). Another Alabama WR, DeVonta Smith, went at No. 10 to the Philadelphia Eagles.

With 10 picks in 2021, Alabama has had 51 players selected over the past five drafts. That ties USC (1973-77) for the most NFL draft picks over any five-year span in the common draft era (since 1967), according to Elias Sports Bureau research.

The next-closest conference in this year’s draft was the ACC, with 51 players drafted, including the No. 1 overall pick, quarterback Trevor Lawrence (Jacksonville Jaguars). The Big 10 had 44 draftees, the Pac-12 had 28 and the Big 12 had 22.