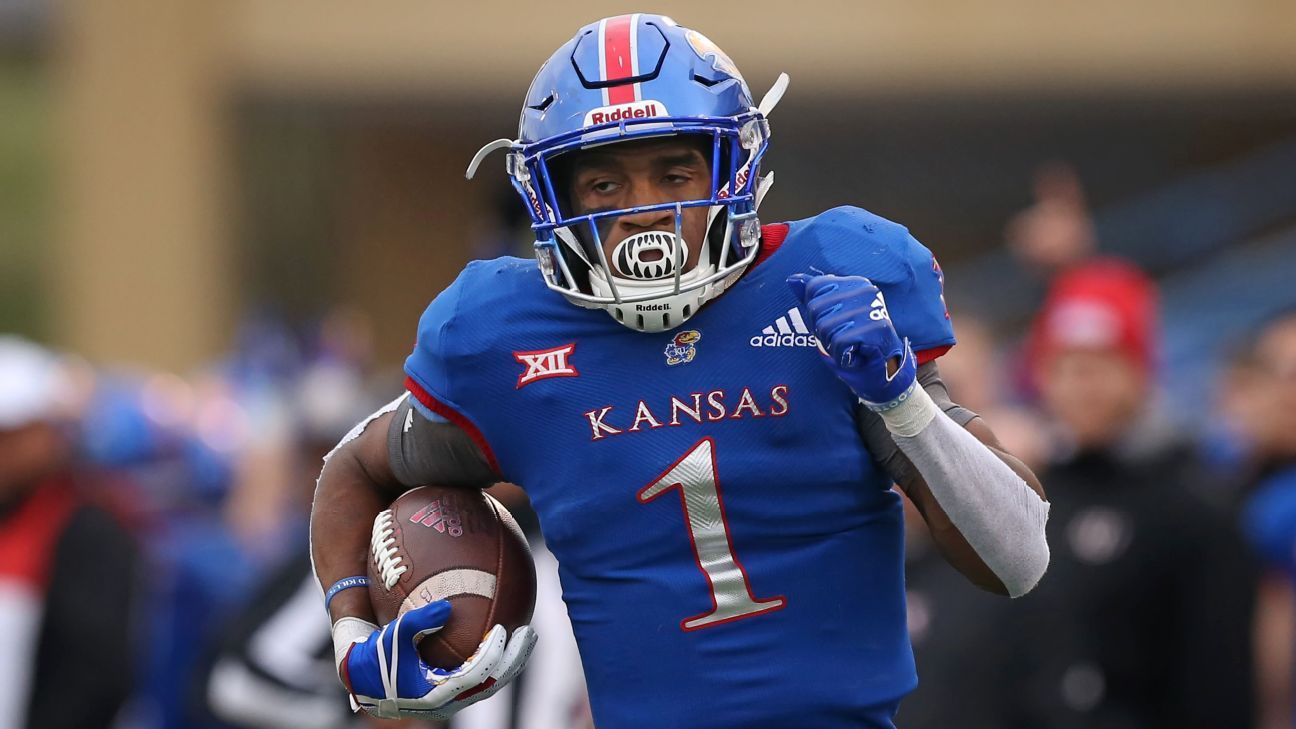 Former Kansas running back Pooka Williams has agreed to terms with the Cincinnati Bengals as an undrafted free agent, a source confirmed to ESPN.

Williams was not selected in this year’s NFL draft. In three years with the Jayhawks, he appeared in 26 games and rushed for 2,382 yards and scored 12 touchdowns.

Williams served a one-game suspension in 2019 against Indiana State after he was charged with misdemeanor domestic battery in 2018. According to the Lawrence Journal-World, Williams punched a woman in the stomach and grabbed her throat. Williams initially pled not guilty, according to the Kansas newspaper, before he later signed a diversion agreement in March 2019 to avoid a criminal conviction.

The terms of the agreement were reportedly an assessment, an anger management course and 40 hours of community service. He was suspended for seven months before he was later reinstated by the university.

“My behavior was unacceptable, and I’m very sorry to those who were impacted by my poor choices,” Williams said in a statement released by the university at the time.

That season, Williams played in 11 games, rushing for more than 1,000 yards for the second straight season. The New Orleans native played in four games in 2020 and was given an invitation to the NFL’s virtual scouting combine.

The transaction comes four years after the Bengals drafted running back Joe Mixon out of Oklahoma. Mixon pled guilty to assault for a similar incident involving violence against a woman. Mixon has spent the past four seasons with the Bengals and in 2020, he signed a four-year extension worth $48 million.

The Bengals did not issue a comment on Saturday about Williams, citing a team policy of withholding comments on players until they have officially signed contracts with the franchise. Williams tentatively joins sixth-round pick Chris Evans as new running backs added this weekend.

“I’m looking forward to getting to work and appreciate the Bengals giving me the opportunity to come compete,” Williams said in a statement provided to ESPN. “I promise they won’t regret it.”