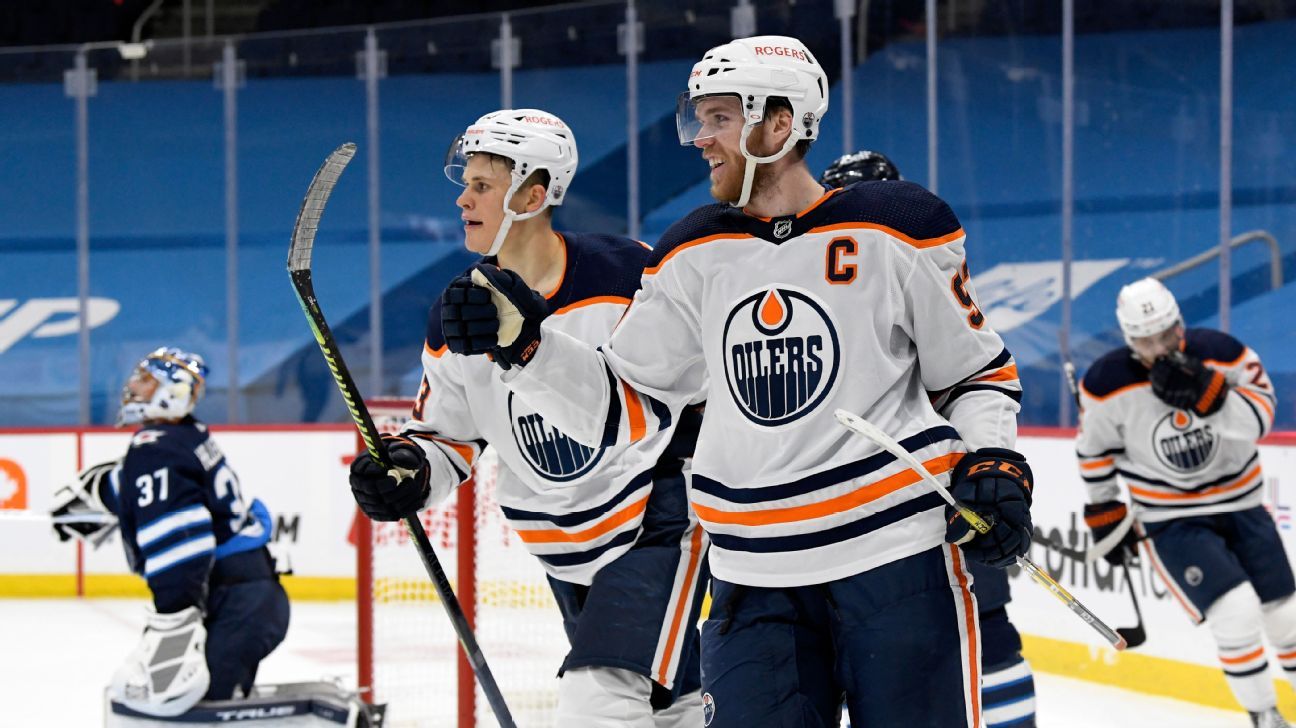 We are witnessing the final games of the 2021 NHL Awards season. As usual, they’re a time for both popular reinforcement of foregone conclusions and last-minute attempts at seeding doubt about assumed favorites.

An example of the former: Connor McDavid is going to win the Hart Trophy in a landslide. We’ll discuss the other finalists in a moment, but there’s no getting around the fact that the Edmonton Oilers wunderkind will win his second MVP Award by chasm so enormously wide that Nik Wallenda is scheduled to walk across it on a tightrope.

An example of the latter: The “koronation” of the Minnesota Wild‘s Kirill Kaprizov has been challenged by the growing support — and growing point total — for Dallas Stars rookie forward Jason Robertson, which has willed a horse race for the Calder Trophy into existence.

As we mentioned last month, the voting standards for the Professional Hockey Writers Association have changed for this season due to the NHL’s temporary realignment and intradivision schedules. Instead of 155 members voting on awards, it will be 100 voters: 20 from each division’s media markets and then 20 at-large voters (including myself and Emily Kaplan of ESPN).

Here’s the NHL Awards Watch for May. This is informed speculation, taken from conversations around hockey and with voters, regarding the current contenders for each award. We asked a dozen of them to give us their current favorites for this month’s edition.