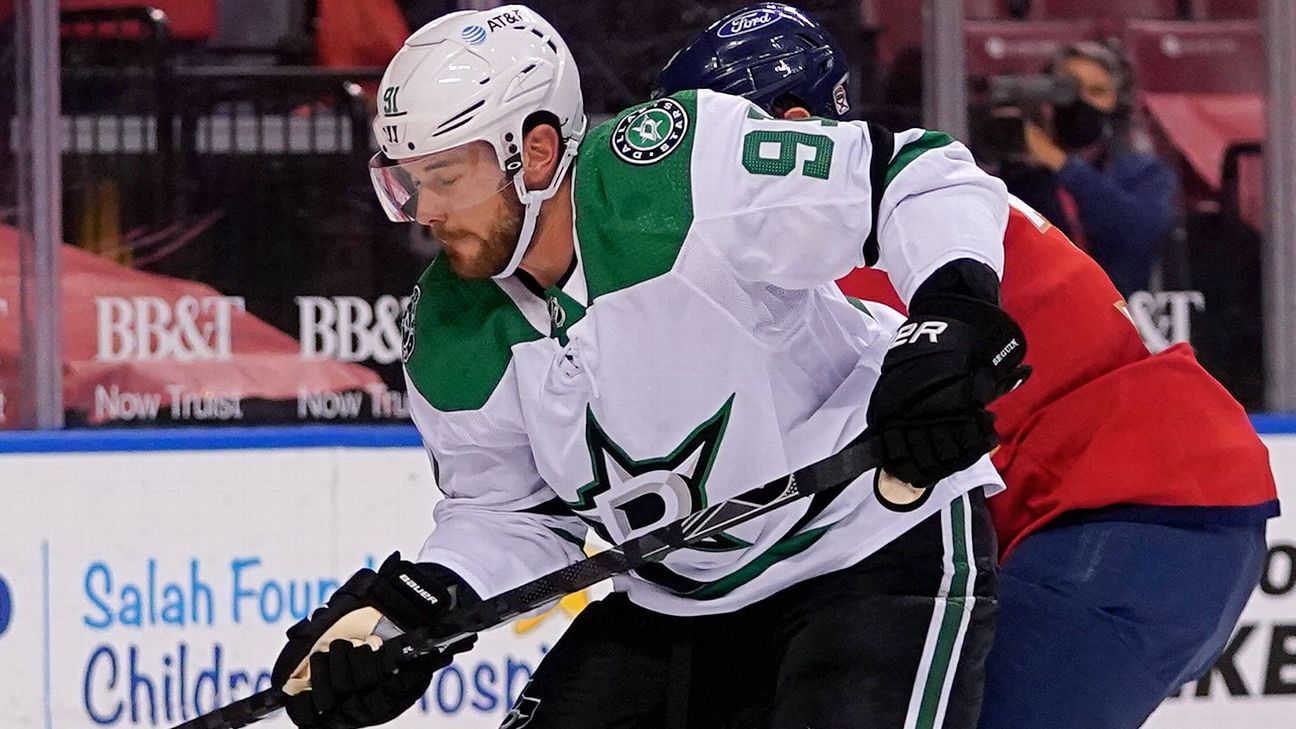 SUNRISE, Fla. — Dallas forward Tyler Seguin, who missed the first 51 games of the season recovering from offseason hip surgery, was activated Monday, inserted into the lineup on the fourth line and scored a key goal for the Stars in their 5-4 overtime loss to the Panthers.

Seguin, 29, led the Stars in scoring the past two seasons and helped Dallas to the Stanley Cup Final last year. But given the lateness of that postseason run — well into the fall months because of the league’s pandemic-related shutdown — Seguin’s recovery continued on into the regular season.

He underwent right hip arthroscopy and labral repair after Dallas lost to Tampa Bay in the Stanley Cup Final.

“I told myself before the game to just rely on instincts,” Seguin said. “I kept to myself, and I know everyone goes through injuries, but this one really got to me.”

He was all smiles, though, in Florida during pregame warm-ups on Monday, and later posted his first tally of the season in the third period as Dallas — clinging to postseason contention in the Central Division — rallied to tie the Panthers at 4-4.

“Tonight, I tried to go in with not much expectations,” Seguin said. “Just go in and take it shift by shift. I’m happy to get a point.”

Dallas indeed had to settle for the single point, as Aleksander Barkov scored 2:50 into overtime to lift Florida to the victory. The Stars now sit four points behind the Nashville Predators for the final playoff spot in the Central.

“It’s difficult, and we keep preaching what we’ve been preaching,” Dallas coach Rick Bowness said. “We play tough hockey, we battle hard, and we give ourselves a chance to win every night. It’s a bit of a challenge here, but it doesn’t mean it can’t be done.”

There are still four games left in the season, and Seguin will help. He had three shots on Monday in 22 shifts covering 17:09 of game time. He eventually saw action on the second, third and fourth lines and far exceeded Dallas’ estimated minutes for the night.

“The plan, going in, was 10 minutes tonight, so I’m not sure what the total ice time was,” Seguin said. “But (Bowness) kinda got in my ear every two shifts, and said, ‘Are we good?’ and once you have that adrenaline, in that moment, I definitely wasn’t going to say no.”

Seguin finished last season with 17 goals and 50 points, and the Stars missed that production as they struggled in the season’s early going. Dallas mounted a comeback to push itself into playoff contention, but it won’t be easy in a division that features the Hurricanes, Panthers and Lightning, who all have 73 or more points.

Dallas is stuck with 56 right now and will meet Tampa Bay in two games this week, beginning Wednesday night.

Jonathan Huberdeau, Nikita Gusev, Gustav Forsling and MacKenzie Weegar also scored for the Panthers in the win, and Owen Tippett had two assists as Florida moved to within two points of first-place Carolina, stealing some of the spotlight off Seguin’s return.

“As the game progressed, I felt better,” Seguin said. “And when it got to overtime, I ran out of steam a bit.”