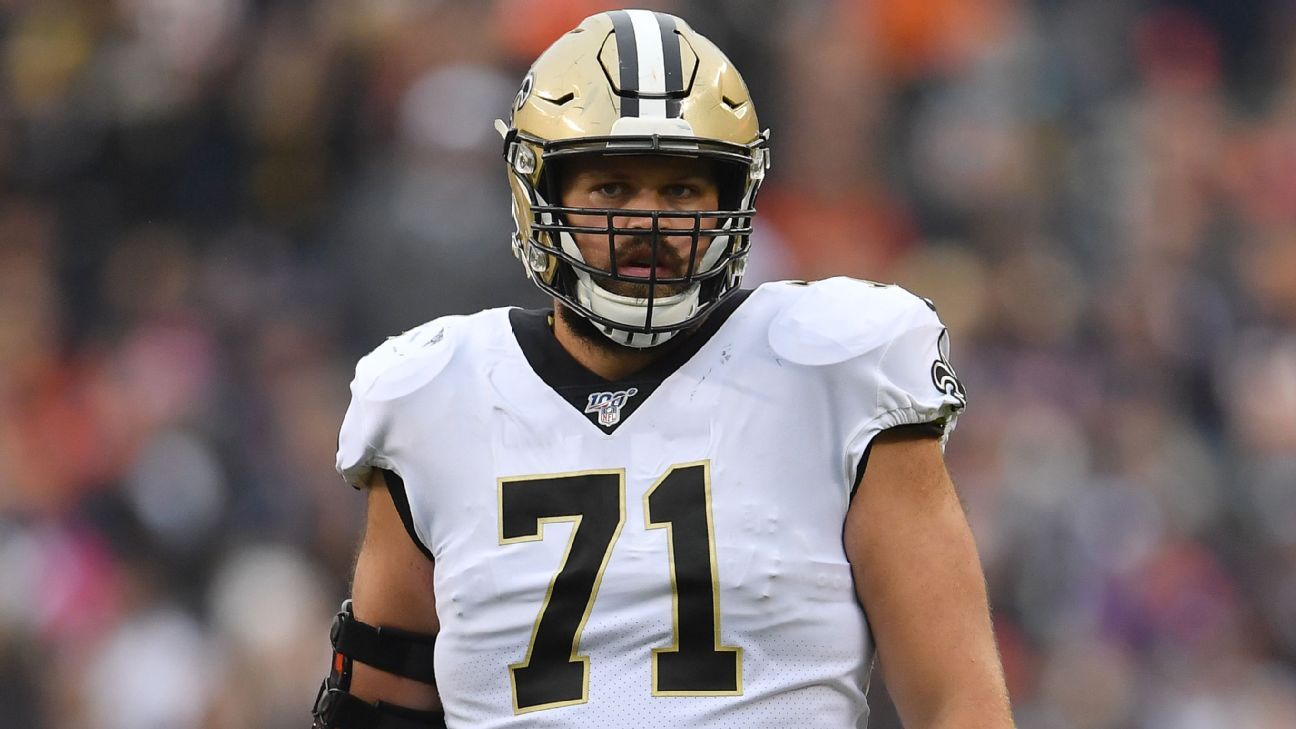 METAIRIE, La. — The New Orleans Saints have not yet identified their next quarterback after Drew Brees‘ retirement. But they ensured that he will be well protected on Wednesday by signing All-Pro right tackle Ryan Ramczyk to a five-year extension.

The Saints announced Wednesday that they had signed Ramczyk to a five-year extension but did not disclose financial terms.

The deal is worth $96 million in new money ($60 million guaranteed), a source told ESPN’s Adam Schefter, which makes Ramczyk the highest-paid right tackle in the NFL.

That makes sense, because Ramczyk has been among the league’s elite linemen since being drafted with the 32nd pick out of Wisconsin in 2017. He was named first-team All-Pro in 2019 and to the second team in 2018 and 2020.

“It’s a huge relief. I’m extremely happy with how everything played out,” said Ramczyk, who was asked what it means to him to be the highest-paid right tackle in NFL history.

Ramczyk also said that he reflects “quite often” on how far his “unique journey” has taken him. He quit football for a year after high school and briefly considered becoming a welder before realizing how much he missed playing. He wound up attending five different schools (Winona State, Madison Area Technical College, Mid-State Technical College, Wisconsin-Stevens Point and Wisconsin) before becoming a first-round draft pick.

“There’s not a lot of guys who kind of go through what I did,” Ramczyk said. “But I think it was necessary for me, and I think everything played out obviously really well. And I wouldn’t change a thing looking back on it.”

Signing Ramczyk long term was a no-brainer for New Orleans, even at this hefty price tag. All-Pro left tackle Terron Armstead is also heading into the final year of his contract, which could lead to a tough financial decision next year. But the Saints certainly couldn’t afford to lose both as they build for the future behind quarterbacks Jameis Winston, Taysom Hill and/or a candidate to be named later.

Ramczyk, 27, was due to earn $11.064 million in the final year of his contract this season. But the Saints could actually save some needed salary-cap space in the short term, depending on how they structure the deal.

The Saints had about $5 million to $6 million in cap space before Ramczyk’s new deal. They should now have room to add some veteran help heading into this season, with potential needs at cornerback, receiver, defensive tackle and possibly linebacker.

Ramczyk and Armstead have formed an elite duo over the past four years, while the Saints have won four straight NFC South titles and produced the league’s best regular-season record.

Kamara signed an extension last year, and Williams or Lattimore could be next. The Saints placed the franchise tag on Williams this year and have until July 15 to reach a long-term extension. Lattimore has one year left on his rookie deal. Hendrickson signed a lucrative deal with the Cincinnati Bengals this offseason.