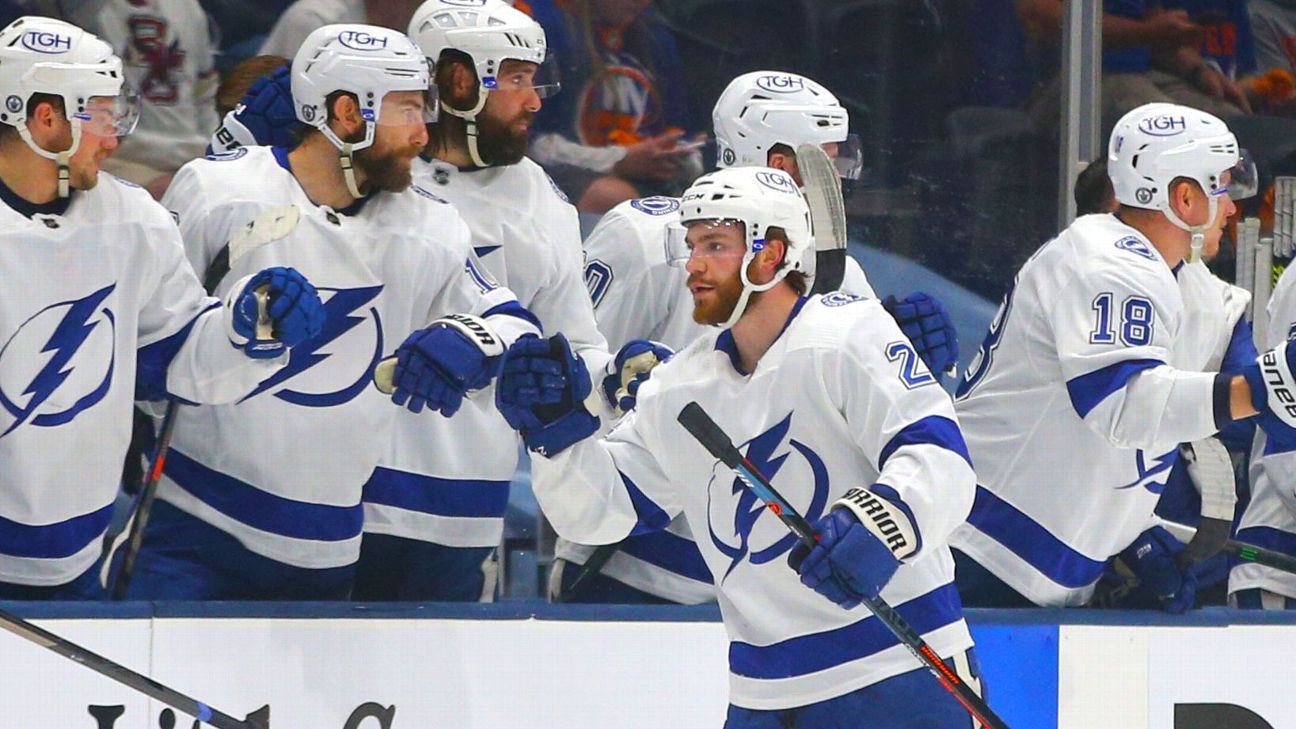 After losing two key pieces at the start of free agency, the Tampa Bay Lightning tried to shore up their long-term future by signing No. 1 center Brayden Point on Wednesday to an eight-year extension through 2030 for $76 million.

The 25-year-old has spent all five of his NHL seasons with the Lightning, recording 139 goals and 310 points. He led the team in points (48) and goals (23) during the regular season.

“I’m very excited to stay in Tampa for another nine years,” Point said. “I want to thank the entire Lightning organization for this and say thanks to our fans. Since being drafted by Tampa, I’ve always felt like Tampa has been home, and the fans have played a huge role in making my time in Tampa so wonderful.”

He led all NHL players with 14 playoff goals — including seven on the power play — as Tampa Bay won the Stanley Cup for the second consecutive season.

“Brayden is a key contributor to the Lightning’s success and one of the most dynamic players in the NHL,” general manager Julien BriseBois said. “To be able to agree to terms with him on a long-term contract is great news for our organization going forward. Not only is Brayden a skilled player, he is also a fierce competitor who fits in well with the pedigree of our team. Our organization looks forward to having him be a big part of this team for many years to come.”

“We all knew it was going to happen,” Savard said of the Lightning’s breakup. “I think everybody in that dressing room knew a lot of guys were going to be leaving this summer, so I know it’s going to be a different team next year. But it was fun. Knowing everybody was going to leave after that run, we made it so special.”

The Lightning also made a handful of other moves, including bringing back 2020 Cup-winning defenseman Zach Bogosian on a three-year, $2.55 million deal and adding Brian Elliott as a new backup goalie on a one-year, $900,000 deal.

“I always knew in the back of my mind that I probably always wanted to play for Tampa again,” said Bogosian, who signed with the Toronto Maple Leafs after winning the Stanley Cup with the Lightning after the 2019-20 season. “I didn’t know when that would be, but to have the opportunity come up, it was nice to jump on it.”