Josh Anderson and the Montreal Canadiens didn’t have much time in the off-season to revel in their success in reaching the Stanley Cup Final.

“Blink of an eye and you’re back in Montreal,” Anderson said, in an interview with CBC News at the Montreal Canadiens’ practice facility in Brossard, Que.

Anderson is one of 70 players in town for the Habs training camp, which begins this week, only 77 days after the team succumbed to the Tampa Bay Lightning in Game 5 of the Stanley Cup Final.

“The most important part was just to regroup, recover,” Anderson said. “It was such a big high going all the way to the finals and then you’re devastated at the end. It’ll hurt for a long time and it still does.”

Last season’s playoff run was nothing short of an emotional roller coaster for the Habs players and the fans.

Montreal reached the final for the first time in 28 years.

It was Anderson’s first year on the team since being traded to Montreal from Columbus and signing a seven-year contract worth $38.5 million.

Anderson scored the overtime winning goal in game 4 of the final at the Bell Centre.

“There were 50,000 people outside (the stadium). We couldn’t even leave the parking garage for a couple of hours after games,” Anderson said.

“But it was exciting. There was a good vibe around the city. Everybody knew who you were walking down in the streets. It was awesome.”

Now the Habs need to gear up for another season with a whole new set of challenges.

Unlike last season, where teams only played in-division due to COVID restrictions, this season the league is planning to run its typical full 82-game schedule complete with regular travel to all 32 markets.

“It’s going to be nice to play different teams other than, you know, the Canadian division, to be honest with you,” Anderson said “I’m definitely looking forward to the grind of the year, and it’s going to be a tough one for sure.”

Last season, Montreal played a 56-game schedule and all its opponents were based in Canada, with the exception of the Stanley Cup semifinal and final.

Getting another chance at the Stanley Cup Final is never easy under the best of circumstances, and for Montreal, losing captain Shea Weber for the 2021-22 season is only going to compound the task.

Weber was the backbone of the Montreal blue line and was a leader, on and off the ice.

“It hurts because he’s a huge part of our team and one of the best captains that I’ve had. So there’s going to be a couple of guys who are going to have to step up and mature that way.”

At 27, and with a healthy contract keeping him in Montreal for at least six more seasons, Anderson may be one of those players who needs to emerge as a leader to fill Weber’s shoes.

But Weber isn’t the only loss.

The team is also coming into training camp without centre Phillip Danault, who signed as a free agent with Los Angeles, and forward Jesperi Kotkaniemi, who signed a controversial offer sheet with the Carolina Hurricanes.

“But then again, it is a business and that’s part of the game,” Anderson said. “Those things happen and you have to make a team decision at that time. And (Marc Bergevin) did.”

WATCH | Josh Anderson on the challenges facing the team this season: 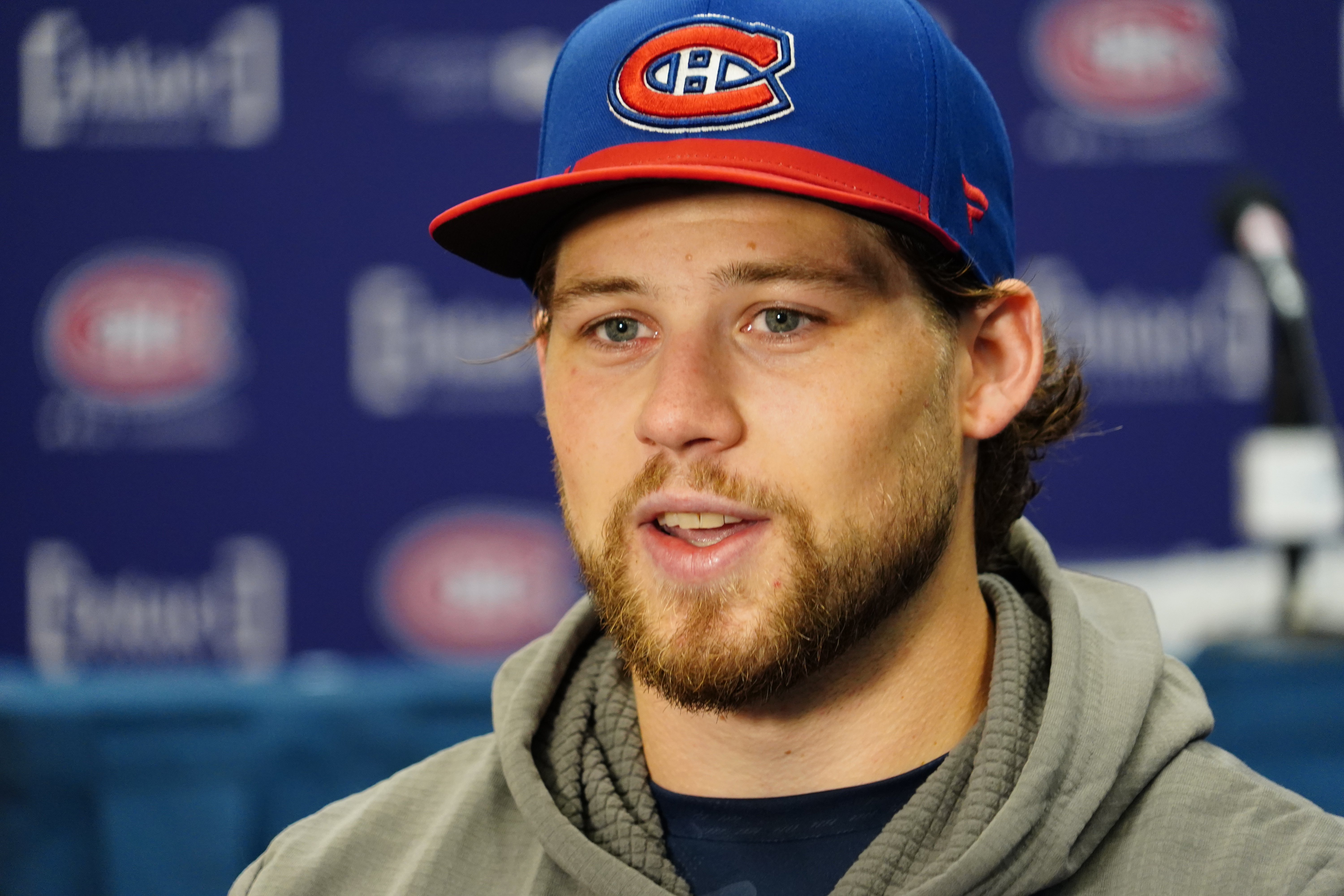 Montreal Canadiens Forward Josh Anderson says the team has learned from its Stanley Cup run and he’s looking forward to the upcoming season. 0:56

He and Dvorak played together in junior hockey for the Ontario Hockey League’s London Knights. Dvorak was acquired by the Habs in a trade with the Arizona Coyotes and is expected to make an immediate impact, possibly centring one of the Habs’ top two lines this season.

“Anytime you get him on the power play there, look out because he’s a threat, for sure. The fans love goals and they’re getting a goal scorer,” Anderson said of his new teammate.

The Montreal Canadiens are also expected to have forward Jonathan Drouin back on the roster this year.

Drouin stepped away from the team midway through last season, in an interview published this week he told the sports network RDS that it was a crippling case of anxiety that forced him to take a break.

Despite growing up in Burlington, Ont., surrounded by Toronto Maple Leafs fans, Anderson has a strong connection to Montreal.

His father, Gary, grew up in Montreal’s West Island and brought Josh to experience games at the Bell Centre when he was growing up.

“When I got traded here, he was obviously the first one that I called to let him know. And I think he was more excited than I was at the time because he just couldn’t believe it,” Anderson said.

Having the opportunity to have his parents attend games, and to play in front of a packed house of fans in the Bell Centre is high on Anderson’s list to-do in his second season with the team.

He also considers himself a “foodie” and is looking forward to hitting up Montreal’s vibrant restaurant scene.

“I love Italian food,” Anderson said “It would be pasta, chicken and steak restaurants I love.”

Anderson added that he was glued to his TV set watching tennis this summer as Quebecers Leylah Fernandez and Félix Auger-Aliassime made deep runs at the U.S. Open, so it’s likely he will come out to watch them play when the ATP and WTA return to Montreal for the annual tournament in Jarry Park.

The Montreal Canadiens open the NHL’s regular season on Oct.13 with a game in Toronto against the Maple Leafs.