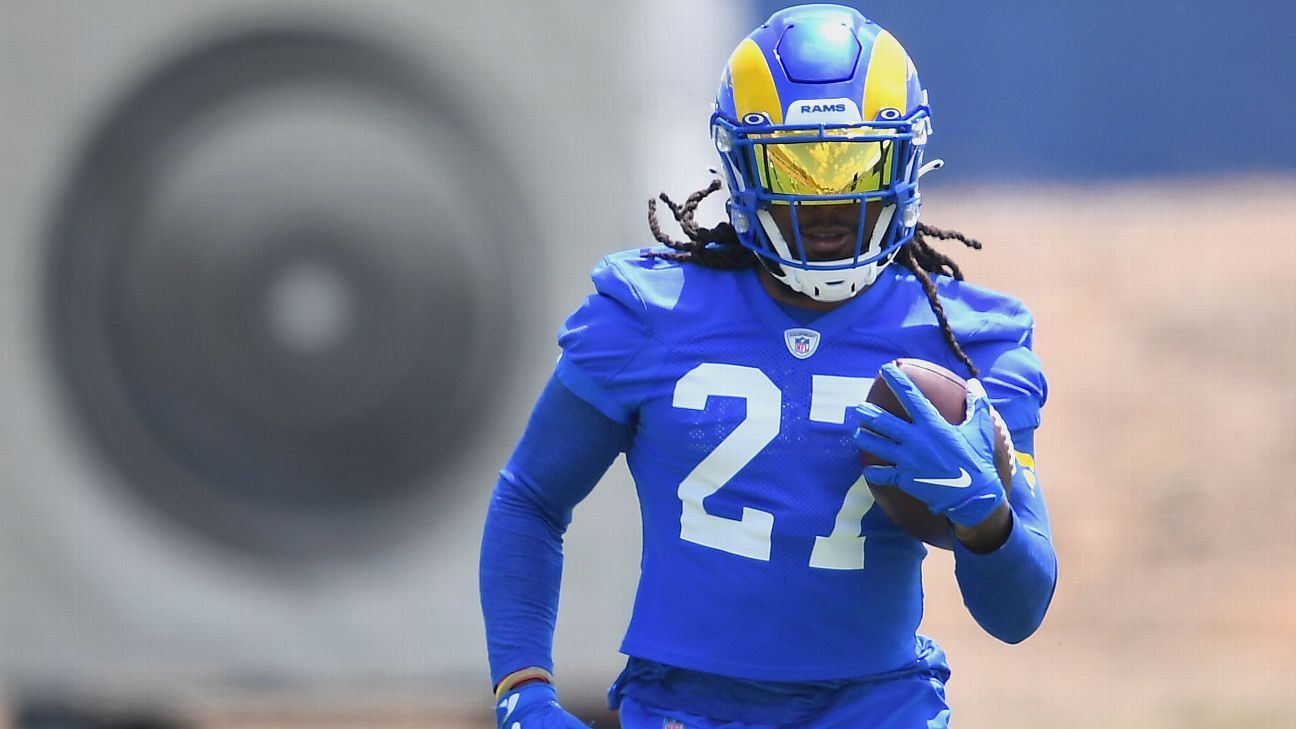 Los Angeles Rams running back Darrell Henderson, who is questionable for Sunday due to a rib injury, is not expected to play against the Tampa Bay Buccaneers, a source told ESPN’s Adam Schefter.

Coach Sean McVay said Friday that Henderson’s availability would depend on pain tolerance after hurting his ribs on the first play of the fourth quarter in the Rams’ 27-24 win at Indianapolis last Sunday.

Sony Michel had 10 carries for 46 yards in relief and is in line to start against Tampa Bay if Henderson cannot play. Rookie Jake Funk, a seventh-round draft pick, could also be on tap for an expanded role.

“Want to use as much time as we have, but we’ve got contingency plans in place. And if that’s the case, then those other guys will be asked to step up,” McVay said Friday.

Henderson has not practiced this week. He has 123 yards rushing and two touchdowns on 29 carries through two games, along with four receptions for 46 yards.