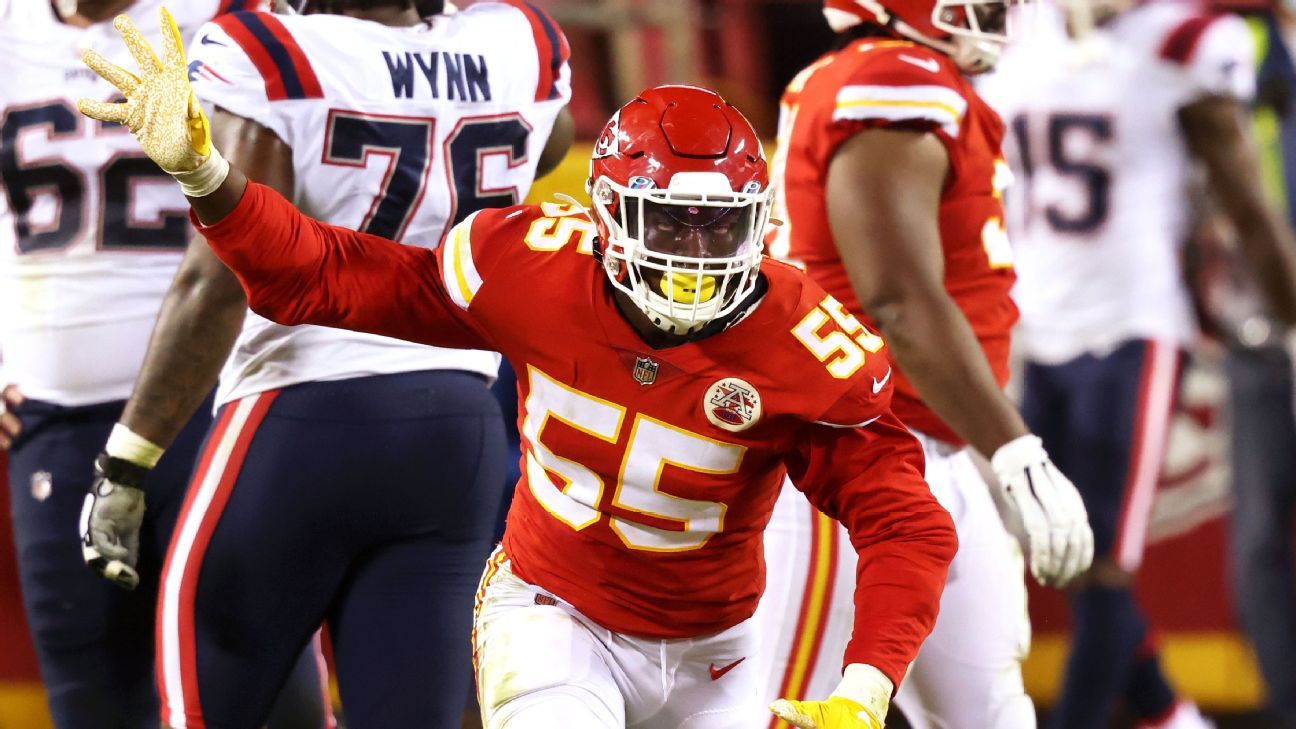 Clark strained his hamstring in practice on Thursday and was listed as doubtful to play. Coach Andy Reid said it was a separate hamstring injury from the one that kept Clark out for Kansas City’s regular-season opener.

The Chiefs are optimistic that defensive end Chris Jones, 27, will play Sunday, sources said. Jones was listed as questionable with a wrist injury he suffered in last week’s loss to the Baltimore Ravens.