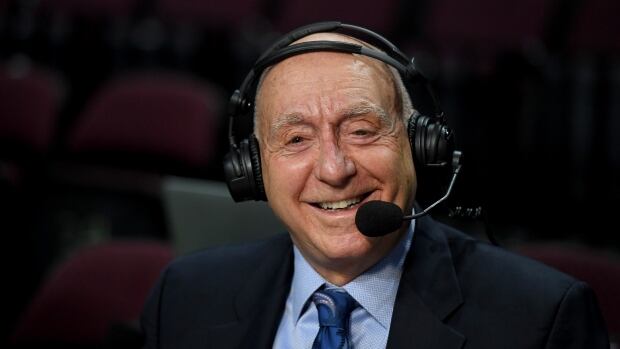 ESPN college basketball analyst Dick Vitale announced Monday that he has been diagnosed with cancer for the second time this year.

The Basketball Hall of Fame announcer said he has undergone tests that show he has lymphoma.

Vitale announced in August that he underwent multiple surgeries to remove melanoma. He was declared cancer-free at the time.

Vitale said doctors told him the lymphoma diagnosis is unrelated.

“What’s evident is that the treatment plan for this lymphoma is going to be a lot tougher, and in both cases, early detection played an important role in helping to manage the cancers,” Vitale said in a statement.

Vitale said the treatment plan involves steroids and six months of chemotherapy. He has also been told by medical experts that there is a 90 per cent cure rate. He plans to manage his work schedule around his chemotherapy schedule.

“The plan is to treat my lymphoma with steroids and six months of chemotherapy. The medical experts … say I can continue to work so I will have to manage my work schedule around my chemo schedule as they will monitor my test results along the way,” Vitale said.

The 82-year-old Vitale joined ESPN less than four months after it launched in September 1979. He has been a longtime supporter of the V Foundation for Cancer Research and hosts a yearly gala for pediatric cancer research.